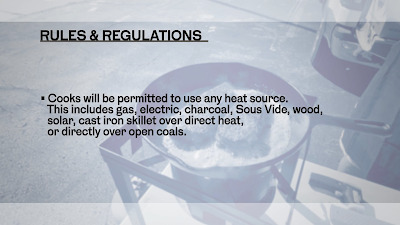 It is the end of the world as we know it. KCBS has jumped into the new competition steak arena. KCBS is doing their best to spark new interest in barbeque competitions. I say barbeque and want to bite my tongue. Pictured above is a screenshot of a new KCBS rule in the newly created "Judges Steak Series Program". Sous Vide machines, gas & electric "cooking" devices can be used in competition; blasphemous. Some of you may know my disdain of the S.V. machine. Typically the S.V. is gifted at a Holiday, they are used once or twice and they are put on a shelf to gather dust to eternity. I do have some friends that pontificate on how wonderful these contraptions are. They are morons. People who use S.V. machines are friends of liquid smoke and the ironic thing is they still have to fire up the bbq to hide their anemic proteins flabby texture. I am disappointed that KCBS has opened this door. Stay tuned for the next chapter;  Microwave Competitors Series. 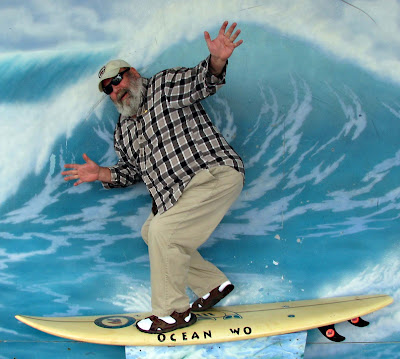 John died a year ago. I never got a chance to say goodbye. He did not die of Covid but of terminal cancer.  His last days took place during the pandemic and he died alone in the hospital.

Johnny was my ‘Bro-in-law”. He married Paula my wife’s sister after a lengthy, very lengthy courtship. He was a colorful character that may have been a little gruff on the exterior but was soft as a teddy bear inside. At one long moment in his life John was a biker. He loved his Harley Davidsons. He finally acquired the funds to buy a brand new Harley Davidson. This was his pride and joy. I asked him time and time again to let me ride his prized “Hog”. He declined for the longest time but one day he eventually agreed. I never got a chance to take him up on his offer.

What I loved about John was his stories. Oh boy did he tell stories. He would begin his tale and immediately you would begin to smile. You knew there would be a punch line or the story would become so outrageous it was time to laugh. John and I loved our drink. The women would be away and John and I would imbibe. I was in the kitchen and I heard Johnny singing. I came into the living room and there was my 80 pound Golden Retriever on his lap loving the off key crooning. John loved football and we would spend hours being professional Monday morning quarterbacks.

John had a unique hobby that kept him busy. He collected models. He built cars, planes, tanks and even ships. When he came to visit we would have to make a special trip to the model store. This trip was special because you could see the joy and anticipation of a grown man going to the toy store. I would always kid him that we would blow up his models once he had completed them. Of course this did not happen.

John had a medical episode that required a dreaded doctor’s visit. He did not like the doctor. I think he had an idea of what was to come. The last thing he said before he went to the hospital was; “I just want to get this over with”. It was over but not the way we wanted. The pandemic complicated everything. No visitors, bad communication and the inevitable death. I never got to talk to Johnny again. He died alone in the hospital. I want to be angry and I guess I am. Johnny was my Bro-in-law. I just want to say; Goodbye and I love you.

Posted by Chilebrown at 6:25 AM No comments: 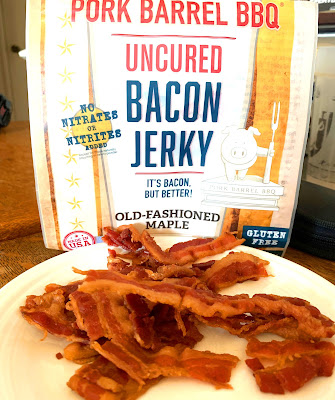 Bacon jerky is not high on my shopping list. This was a welcome Christmas gift that I appreciate. This product is decent and would be perfect to put in your pocket for a hike or snacks on the couch. It is real bacon that is a little on the sweet side. The only downside to this snack is the texture. It is one limp biscuit.
I am going to spare you my pet peeve of calling this product "Uncured" and nitrate free. We all know that is not true.
Posted by Chilebrown at 11:03 AM No comments: 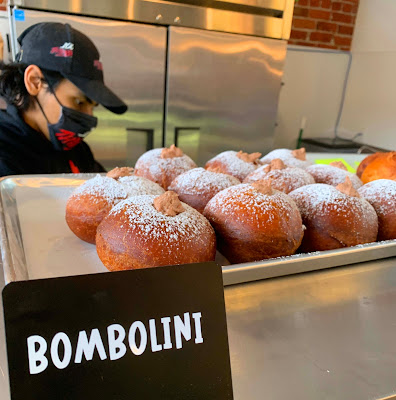 I am not really sure what a Bombolini actually is, but it is fun to say; "Bombolini, Bombolini". This and other breads and sweets were found at the newly opened  East Bay Artisan Italian Pantry & Bake Shop. This shop is located in the brand new shops of "Market & Main" in Martinez California. I am excited about this new shop. They have lots of different breads, sweets and my beloved cheesecake. We tried the focaccia and it was chewy, oniony and oh so good.
A quick search on the World Wide Web enlightened me to Bombolini being a fried filled doughnut. I will be returning to give it and other baked treats a try. 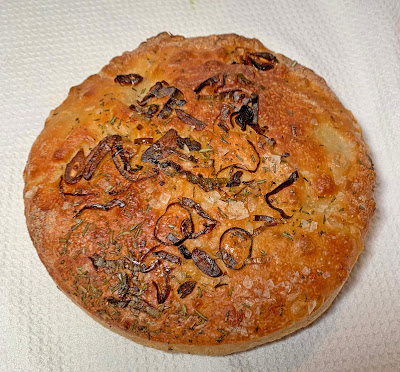 Posted by Chilebrown at 8:59 AM No comments: 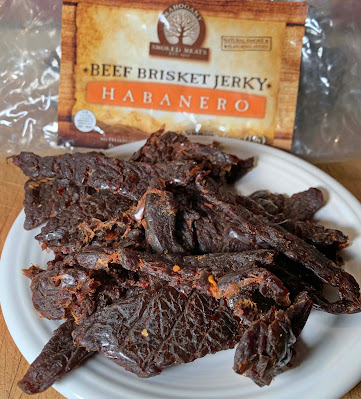 This will warm you up on a brisk (et) day. Habanero Brisket Jerky from Mahogany Smoked Meats. It is the perfect combination of heat, sweet, salt and beefy brisket love. The habanero heat is real and not for the novice Chilehead. It is warming but will not punish if you love habanero like I do.

Posted by Chilebrown at 5:48 AM No comments: