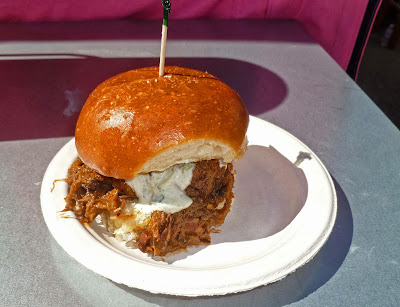 It was a beautiful afternoon to indulge in fun, sun and good eats at the Eat Real food festival held in Jack London Square Oakland California. Jack London Square is a beautiful waterfront area that is lined with restaurants, shops and hotels. This area was transformed into a festival dedicated to 'Real Food'. How could we resist an event were you are required to eat and have a good time. We would like to share a couple of images with you. 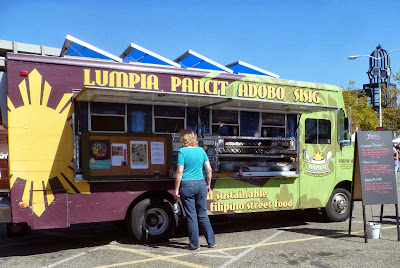 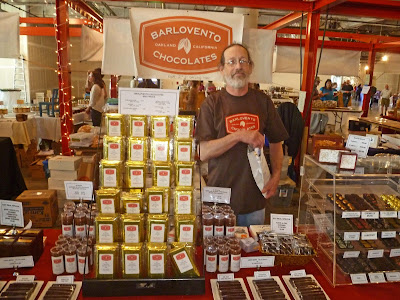 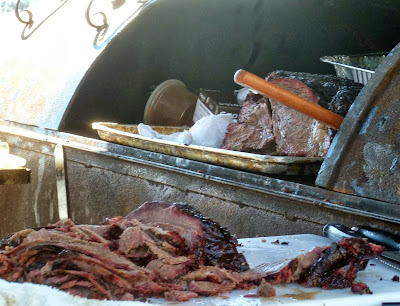 The event was divided into two areas. An outside food area and an indoor pavilion that was dedicated to fun and specialized food products. There was something for everybody. Our friends from Heat Hot Sauce shop were there selling their latest hot creations. Pop Art Bake shop was selling home made bisquits and gravy. They also had cheesecake on a stick. You had many choices of premium chocolates. We bought some chocolates that were laced with the deadly ghost peppers from Barlovento chocolates. If you needed a little caffeine boost there was probably half a dozen local independent baristas to get your java fix. Pastries, baked goods, breads and so much more was available. Almost everybody was offering samples to entice your purchase. 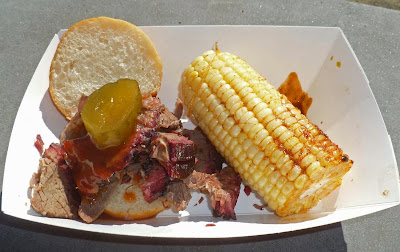 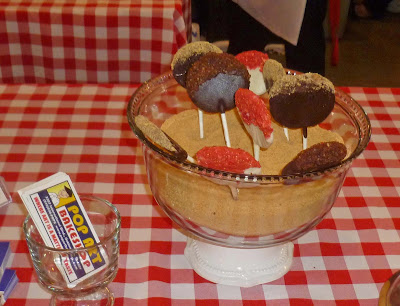 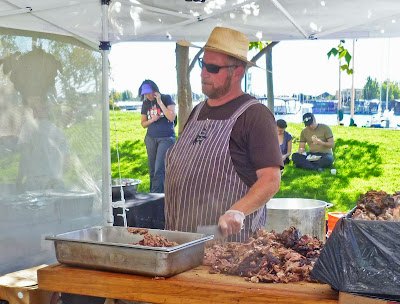 It was time to go outside to enjoy the sunny afternoon. The outside area was lined with food trucks and food vendors. Where do we start with all the choices. Our friends from Belcampo were offering some of their tasty beef as sandwiches. Let me tell you about our favorite nosh first. The first image of this story is a sandwich/slider offered from chef Mistry from 'Juhu Beach Club. It was a smoky cardamon braised short ribs with a cucumber raita called the Holy Cow. Holy Cow was it rich, decadent and terrific. 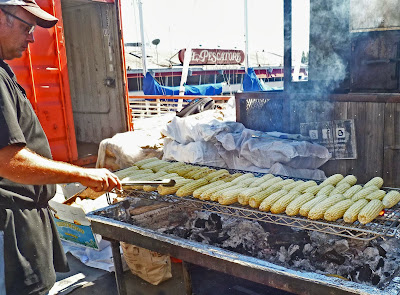 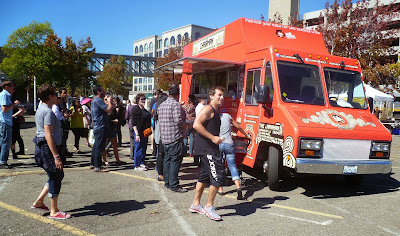 So much good food but we did have a couple of misses.Sometimes the descriptions of the food was better than the actual product. This was the case With the Lechon Burrito. It maybe should of been called the "Wish Burrito" We wish there had been some more meat. We also had some lumpia that was a grease bomb that should have been dispensed with some antacid for later. 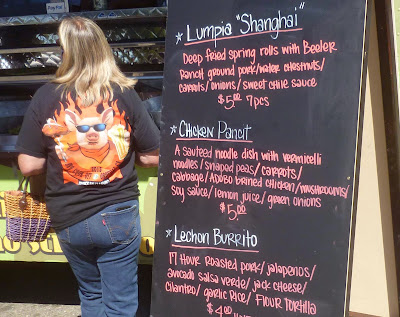 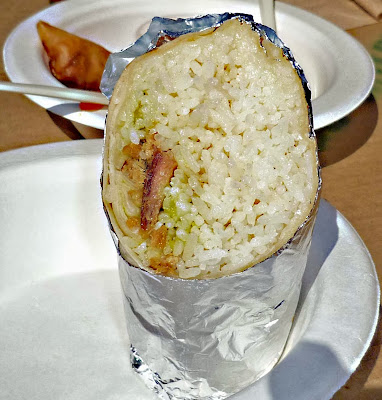 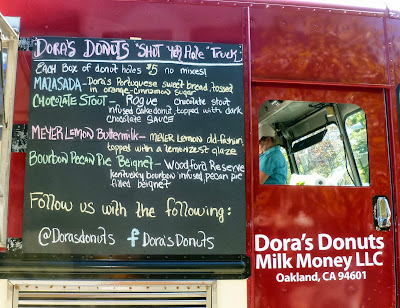 You would not believe the size of some hand dipped corn dogs that were offered. The nice thing about this festival was that all the foods offered were priced for under 5 dollars. You could have your fill without breaking the bank. We did just that. There was music and food demonstrations. Food related competitions were going to be held. Just strolling around and soaking in the view of the waterfront was entertainment itself. 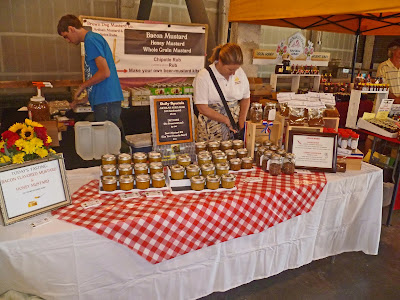 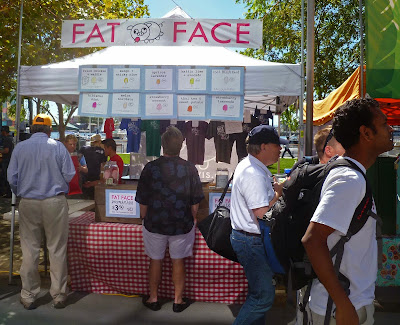 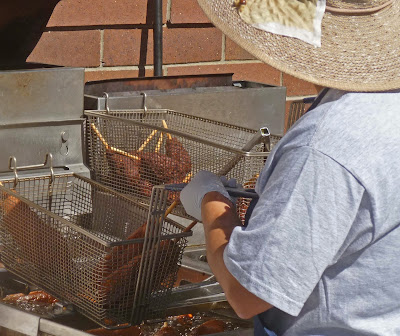 This is a three day event so get yourself motivated and come eat some real food. Bring your appetite and be prepared for some fun in the sun. We had a blast. Thanks for sharing with us. 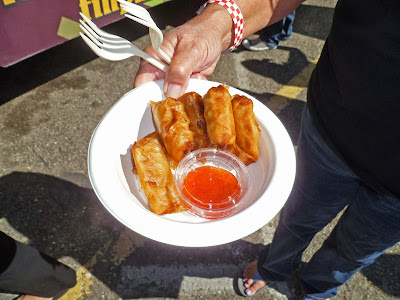 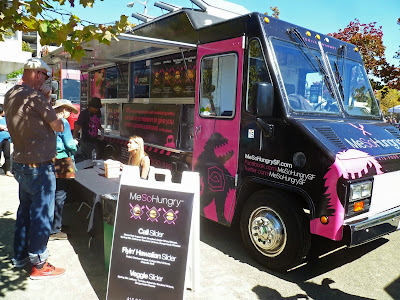 Looks great Chilebrown. I just got home from a tailgate and I could dig into some of that. What was the rice dish in the foil? I am curious...

Three Dogs BBQ, We had some good eats. The rice dish was our 'Wish' burrito. We had a tasty good time.

Where's the Pork? If I may paraphrase... I thought that was an appetizer or something...