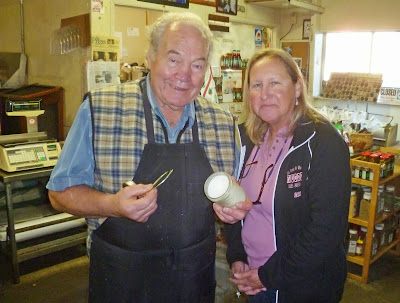 We have made a new/old discovery of leaf lard. You may ask yourself, what is leaf lard?  It is good old fashioned pork fat. This fat is harvested near the kidneys and loin of the pig. It is pure white and soft. Leaf lard has a neutral flavor that has superior baking properties which make it prized by bakers. On our last visit to our good friend Angelo the butcher, we found this amazing product. Angelo suggested we try some leaf lard. He walked us through the rendering process and told us about leaf lard.  It did not take much persuasion from our meat guru because we have never been disappointed by Angelo. (Ms.Goofy may disagree.) We loaded up the ‘Racing Honda’ with meaty treats and returned to our house with apple pies on our mind. 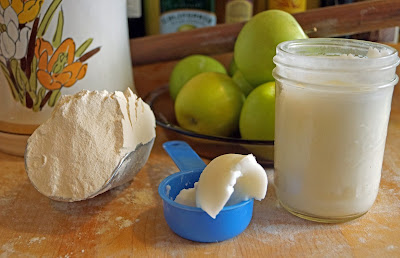 Apple pie with a double crust would be our tasting vehicle. The pie crust recipe was very simple. The leaf lard was chilled. 2/3 cup was measured and cut into 2 cups of flour. A pinch of salt and some ice cold water was used to form our dough. This dough was properly chilled and then rolled into two pie halves. The filling was added and then baked. The crust browned very nicely. Did I ever mention I love apple pie? 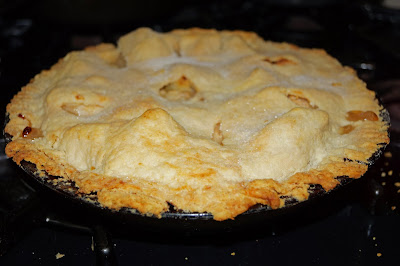 Ms. Goofy proclaimed this was the most flaky, soft, and decadent crust every. Pie crust success is always a self congratulatory event. Pie crust recipe superiority has been debated by many. Butter, margarine, shortening, lard, leaf lard and combinations of all the above have been used. Leaf lard is a product that has been around for a long time. We can attest to some of the best pie crust ever using leaf lard. Angleo, Thank you for letting us (re)discover this amazing product.
Posted by Chilebrown at 12:00 AM

Flaky pie crust is a great achievement. Can you imagine the fluffy biscuits you could make with that?

Three Dogs BBQ, Bingo!! That is a great idea. My biscuit making career has been kind of flat if you know what I mean. I will give that a try immediately.