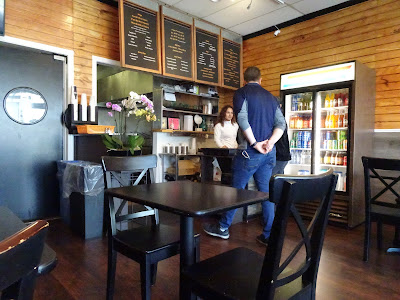 Habanero Wings & Ribs was discovered by a drive by sighting. This establishment opened two weeks ago and it's name and sign caught this Mad Meat Genius curiosity. I just so happen to love; habanero, wings and ribs. How could we go wrong? The location is in a small strip small in San Pablo California. Parking is no problem and we walk into a clean, small place with about a dozen tables and a counter where you place your order. 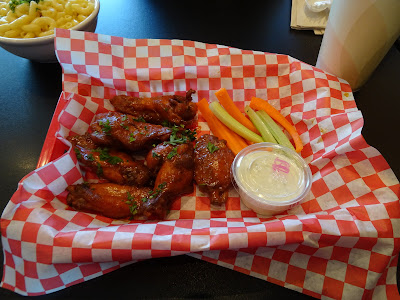 The menu is simple with three proteins; fried chicken, wings and ribs. You need to pick a sauce for your wings. We try the habanero and the Buffalo sauce. You then have options of various side dishes, Cole slaw, corn bread, mac & cheese and several others. Your order is placed to a very polite and English language challenged clerk. We ordered ribs, wings, Cole slaw, corn bread and mac & cheese. We are served promptly maybe because we are the only ones here. 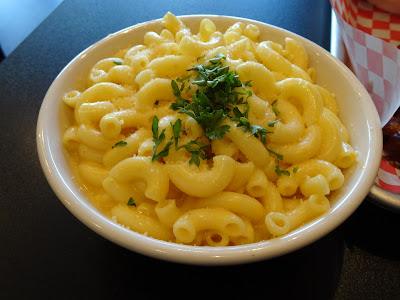 The wings are fairly decent. They are small but crisp from the fryolator. The habaneor sauced wings are spicy. The sauce is actually a mango/habanero sauce which gives a contrast in hot/sweet flavors. They are too spicy for Ms. Goofy. The buffalo sauce is pedestrian. This was the mini highlight of our meal. It was a downward slope from here. 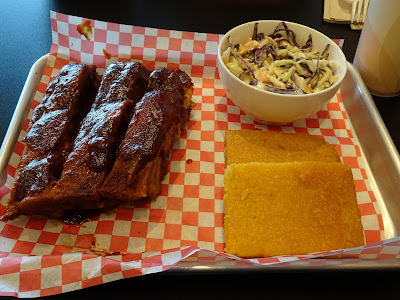 The mac & cheese could be compared to the "Blue Box' variety that we all grew up on. The Cole Slaw should of been called mayonnaise slaw. It was very gloppy. The corn bread was dense, heavy and unremarkable. We asked about how they cooked the barbeque ribs. We were told they were barbecued in the oven. They actually were 'Country Style Pork Ribs". This is a meaty, fatty cut that was full of grease and covered with a house made tomato sauce that was a stretch to be called barbeque. These ribs were not terrible but I would never order these again. I also need to mention  the ribs were not separated and stuck together. This is an instant disqualification in competition.

To misquote General Douglas MacArthur; "I shall not return". There were too many missfires today and giving this place a second chance is not in our future.

Just got home from an RV trip and found a nice surprise - thanks for thinking of me - they are very good.