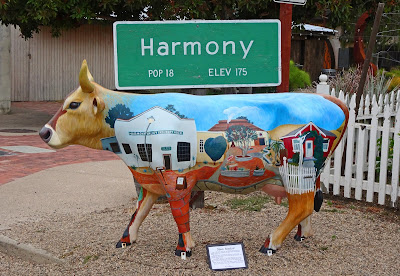 This 4th of July Weekend we were in Harmony California for the Smoke and Hops bbq and beer festival. This was a first time festival that literally shakes rattled and rolled. The night before a 7.1 magnitude earthquake took us for a ride. Luckily there was no major damage and the bbq competitors cooked on. Harmony California is located in central California and at one time used to be a hippie commune.The only information I had heard about Harmony was from a Huell Howser episode. 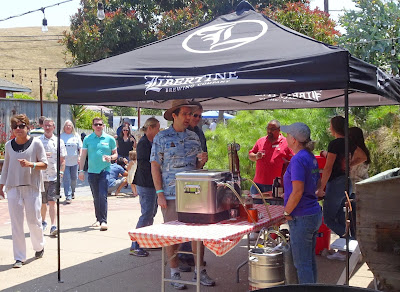 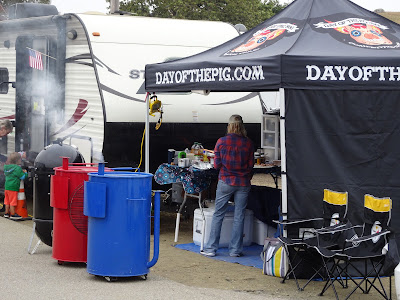 Twenty seven competition bbq teams did battle today. There were a lot of heavy hitters for this first time competition. We had a nice judging tent which had its own air conditioned trailer ed rest rooms. The women judges were very pleased. 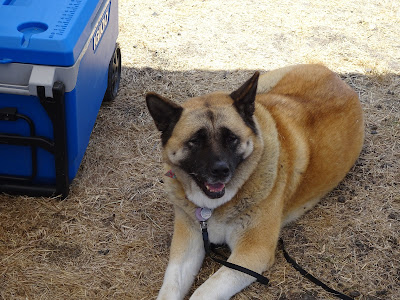 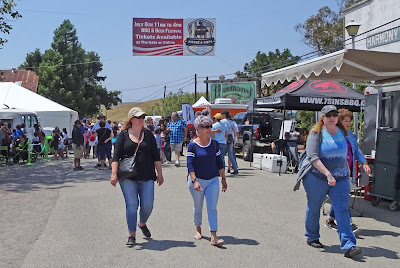 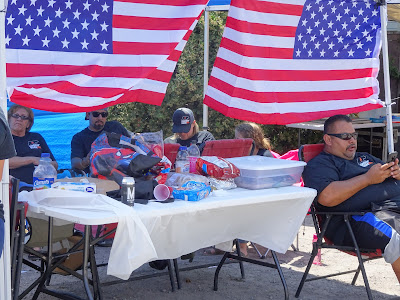 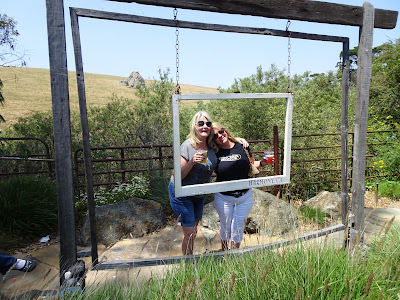 Lot's of local micro-beers were poured today. The public was able to purchase bbq from one lone vendor. The judges were included today too. We had the opportunity to sample beers and were all given a case of Chihuahua beer to take home. Unfortunately I missed the home made ice cream vendor. Harmony is known for its artist glass blowers and pottery makers. There were a couple of shops to browse these treasures. 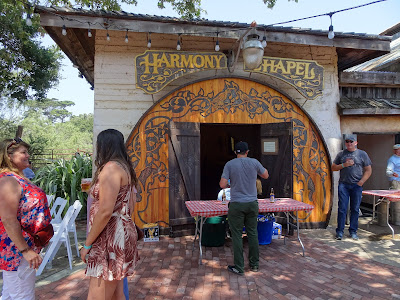 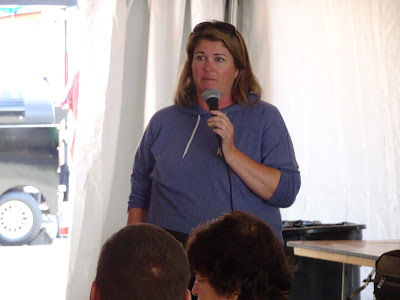 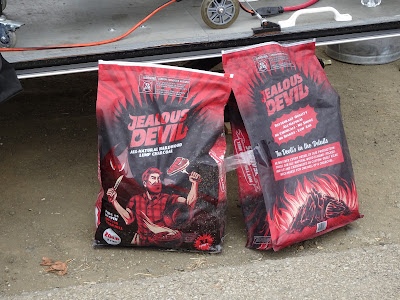 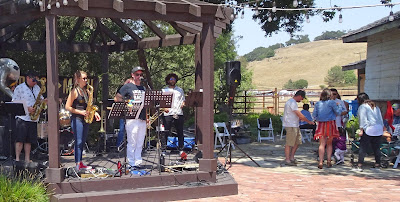 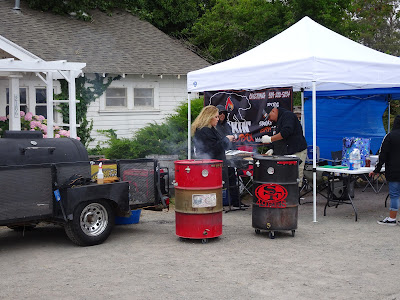 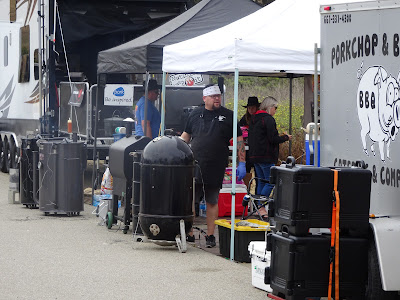 The weather was perfect for this coastal town. The sun broke through and the temperatures rose and possibly broke the seventies. All in all it was a very fun day.for everyone. 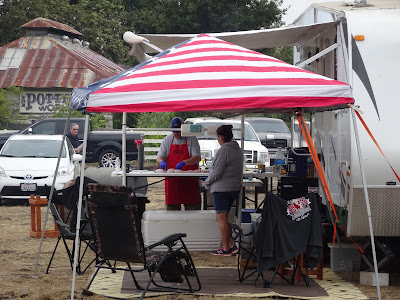 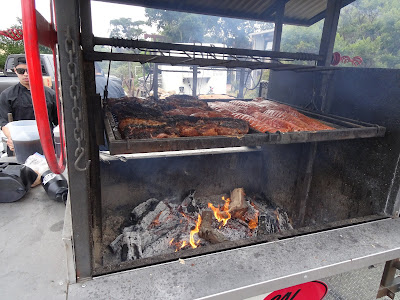 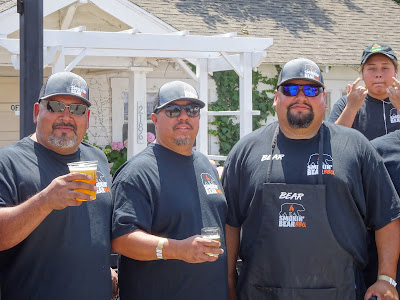 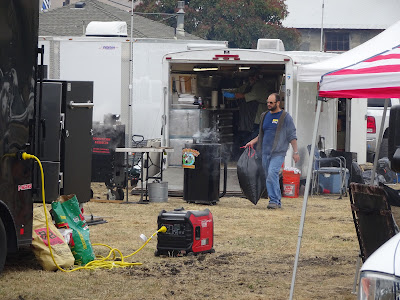 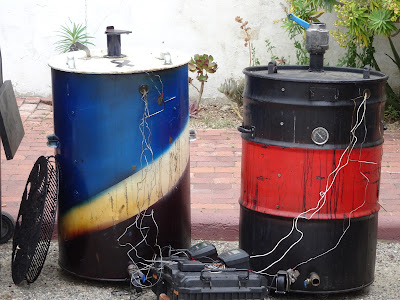 Congratulations to Big Poppa Smokers for winning the Grand Championship. This was a first time event and we hope for its future success. We leave you with a quote from the late great Huell Howser; "That's Amazing" 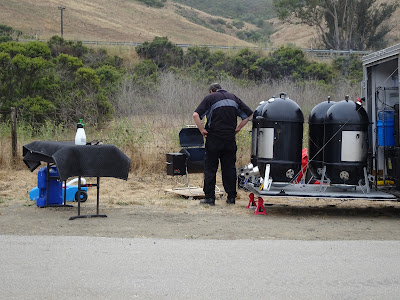 Posted by Chilebrown at 6:26 AM