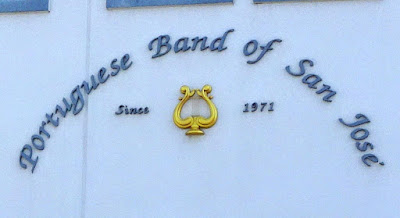 It was a fun weekend full of BBQ. It almost seemed like a normal weekend. We actually judged Saturday and Sunday at two different events. We would like to share images of Sunday from the Portuguese Band of San Jose. This is a club that rents out their facilities for weddings and holds dinners. Thirty three bbq teams were present to cook bbq ribs and tri-tip. The hungry public was invited to attend and they showed up. It was quit the scene to see so many people outside mingling and just plain having a good time. 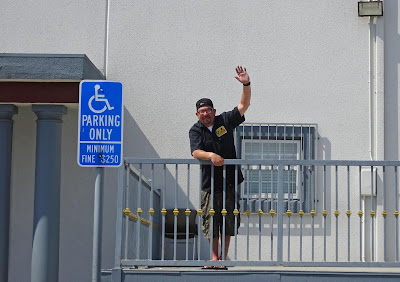 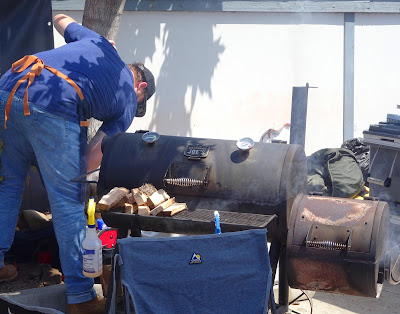 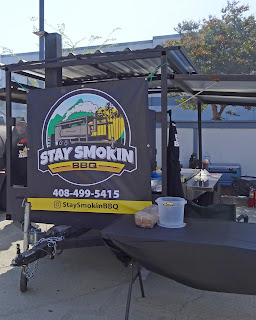 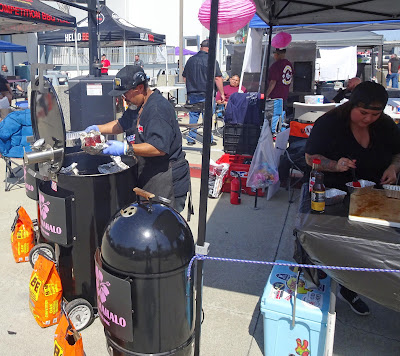 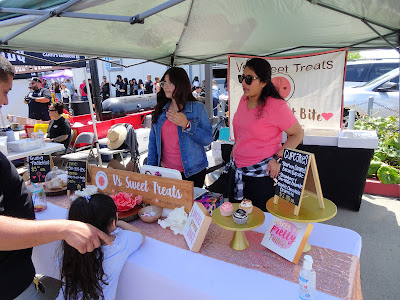 We judged two sets of six entries of both tri-tip and ribs today.. I was a little out of practice and did not pace myself. The first set of ribs tasted so good that I finished several of the ribs in their entirety. After judging I ate even more. I had some delicious Atomic Buffalo Turds and a bacon cupcake. The belt was loosened when I made it safely home to my beloved couch. 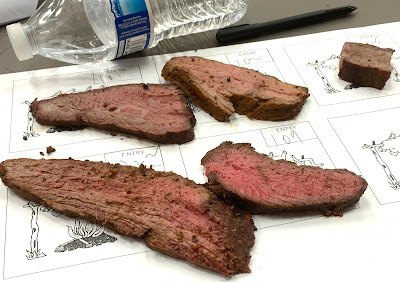 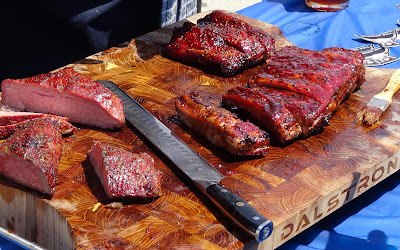 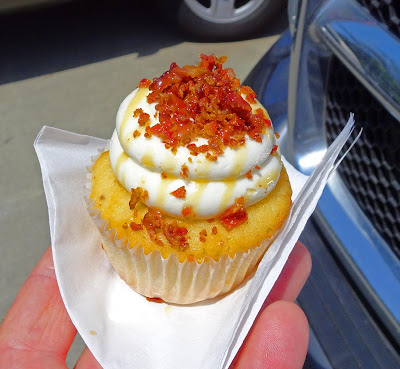 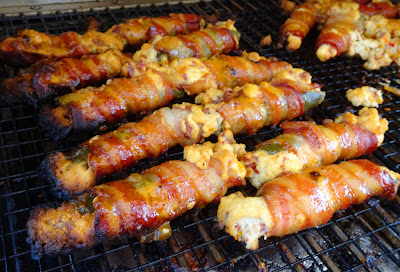 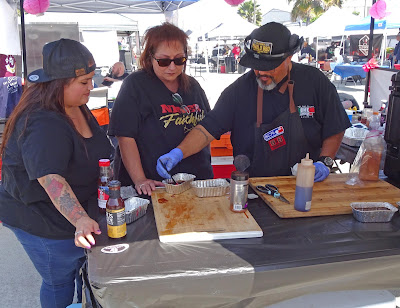 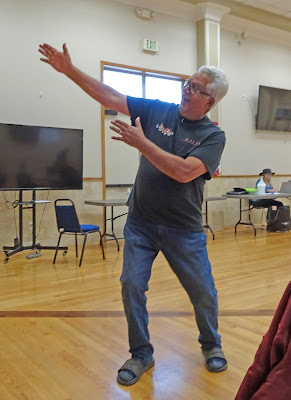 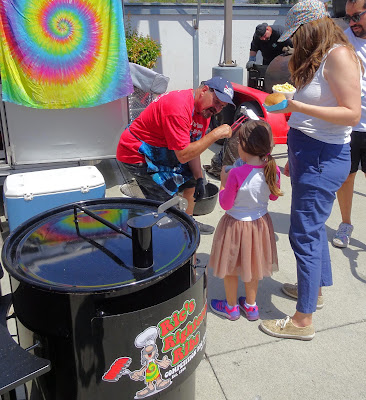 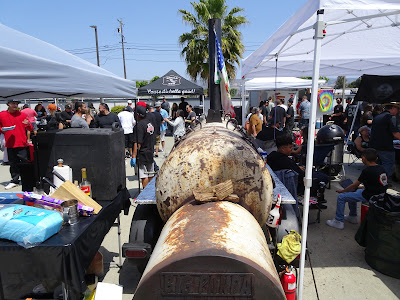 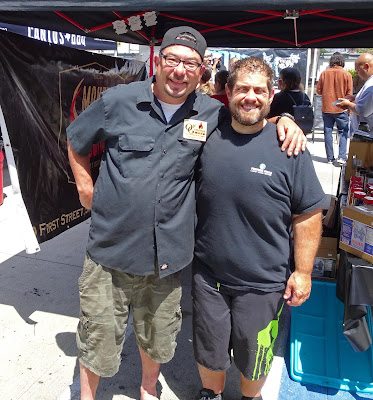 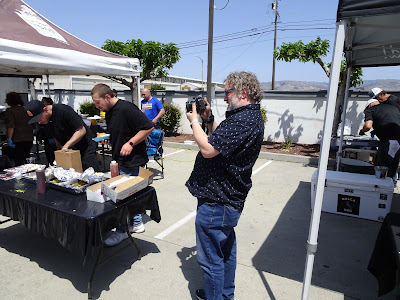 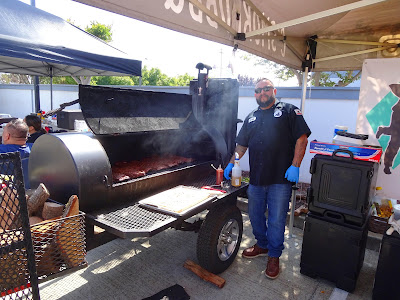 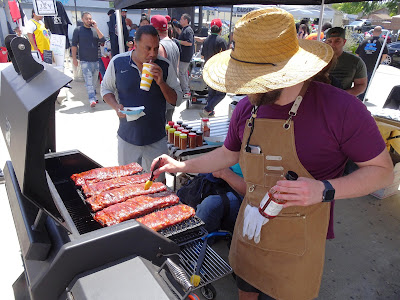 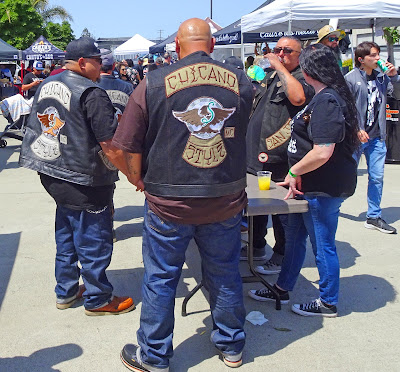 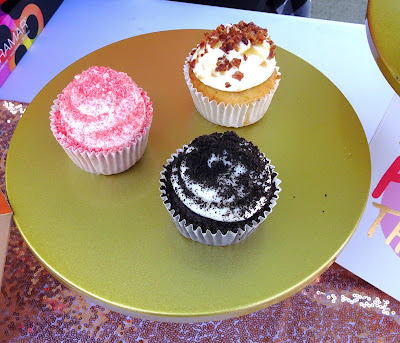 This day was so much fun. We did have a sobering moment which I would like to share with you. A good BBQ friend Richard Holquin was involved in a terrible motor cycle accident. He is alive but has a very long and hard journey with recovery. He lost a leg. Richard and his wife Michele are loved in the bbq community. This is his bbq rig that was brought to the even. Funds were being donated to help with his medical cost. We all hope and pray for Richards speedy recovery. 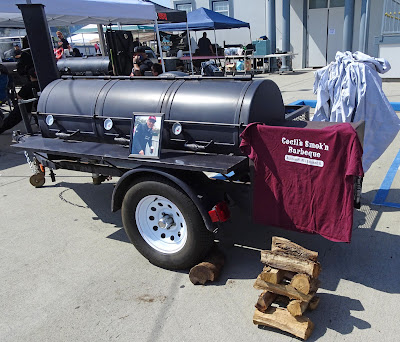 Posted by Chilebrown at 6:00 AM