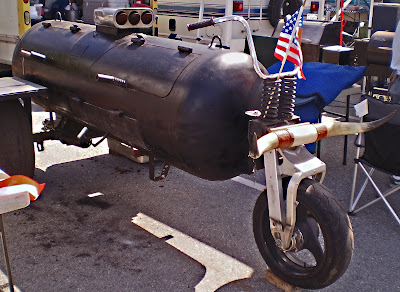 The sweet smell of barbeque smoke permeated the town of Morgan Hill California yesterday. It was a gathering of 'Meat Warriors' to compete in the "First Annual Morgan Hill No Bull BBQ Cook-off" that created this haze of cooking aroma. Fifty two teams shared the grounds of the Morgan Hill Community Center to cook their finest meat samples for entry to this contest. It was a colorful sight. Barbeque rigs of all shapes and sizes were cooking away. These smokers were cooking four different types of meat. Chicken, Pork Ribs, Pork Shoulder and Beef Brisket were the meat categories that would be judged by certified 'Kansas City Barbecue Society' judges. It just so happens Ms. Goofy and I are judges. We were in hog heaven today. 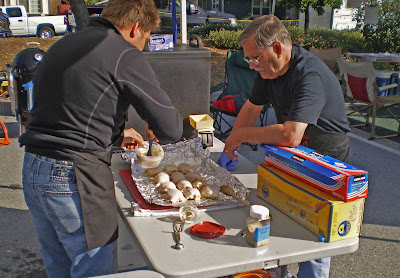 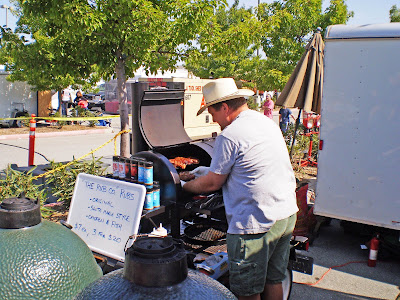 The teams are hard at work preparing the meat for cooking. This is a great learning experience to watch the different techniques and methods of competition cooking. The teams arrive the day before to set up. They have been cooking brisket and pork shoulder throughout the night. A few teams have probably stayed up all night to nurse their meat and adult beverages. 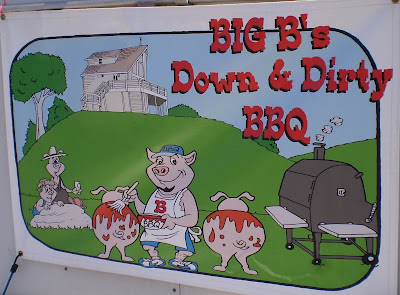 Each cooking group has a team name and some are pretty clever. They may have also decorated their cooking area with wacky and fun decorations. It all adds up to a festive occasion. This festival has also brought out a recently discovered television celebrity. It is Harry Soo from 'Barbeque Pittmasters' that is receiving all the attention. He is the backbone of the 'Slap Yo Daddy BBQ' team. Watching him prepare his food is a demonstration in concentration. 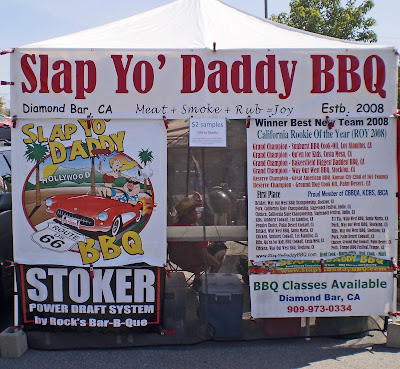 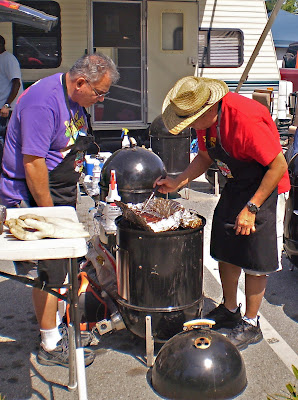 It is almost 11:00 am and it is time to gather in the judges meeting area. The first turn in is chicken. This will be followed every half hour with turn ins of the 4 different meat categories. We will taste some spectacular meat.We take our judging responsibilities very serious, but it is so very fun and tasty. The KCBS has a strict set of rules to follow while judging. We score each entry appropriately. We have no idea which team's meat we are tasting because it is a blind taste. The scores are tallied and the winners will be announced later. 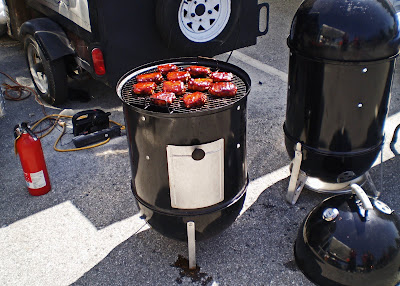 There were a couple of celebrity judges present today. On the left is the infamous Dr. Biggles from Meathenge. On the right, Scott Gomes a bbq champion celebrity and organizer of the "Penn Valley Cook-Off that will be held in a couple of weeks. The "Morgan Hill No Bull Cook-Off' was a great event. Harry Soo was victorious and won Grand Champion. This was our first official 'KCBS' BBQ event of the season. We have a full summer of more fun! 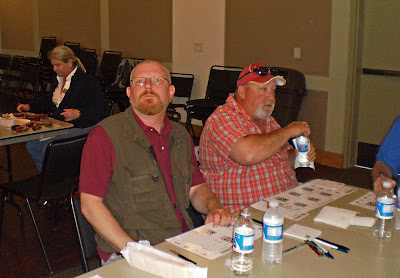 Posted by Chilebrown at 5:20 AM

Woot, spectacular post muh man! I'm sure I got a hold of some of Harry's chicken. I was blown away by the presentation of our 5 contestants that we judged yesterday. Wish I'd had some of Harry's ribs though.

I'd really like to attend one of these events. I've think I've whined about this before, but I don't think Denver hosts any competitions. whine.

Looks like the day, and some righteous Q, was seized!

higlanderanchfoodie, Go to the KCBS site and I can promise, an event is some place close ot you.

Zia, I hope you are okay. I will send you BBQ for your recovery if needed.

Sounds like a good time was had by all, as they say.

Great pics and blog! Love to try your Q. Come by next time and try ours! Best, Harry
http://www.slapyodaddybbq.com/blog/?p=869

Good eats and great weather! It's a tough job but somebody has to do it;)

Zoomie, We were lookin for u.

Greg, Are you ready to compete

Looks like my kind of day. Sounds like you and the missus had a blast. How many events do you judge each year?

Chilebrown, I may take you up on that offer the moment I'm off this ridiculous diet. Sounds like my kinda prescription!

I had a great time at the KCBS Pork Knox contest two or three weeks ago but missed out on Bloomin Bluegrass & BBQ in Sevierville today.