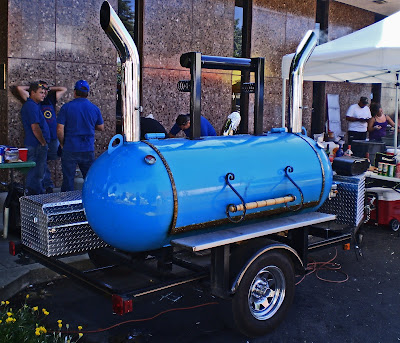 Anderson Rotary Club "Big Blue Pill"
It was a beautiful day to have a bbq competition in Redding California. Local restaurants brought out their game faces and smokers to compete against local backyard cookers. This gladiator style event was called 'Pros & Joes'. There were many different types of grills and smokers, from custom Klose pits to 50 gallon metal drums. Many of the residents of Redding came out to witness this cooking match. The public went from booth to booth tasting this delicious food, After the populace had their fill they would vote for their favorite to determine the "Peoples Choice' award. 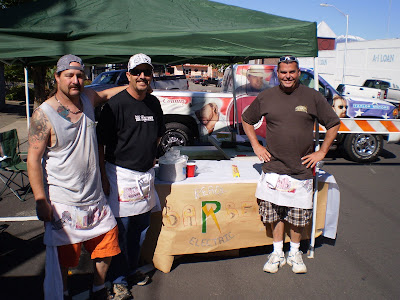 These Joes were very proud of the home made signs and aprons their children had made. 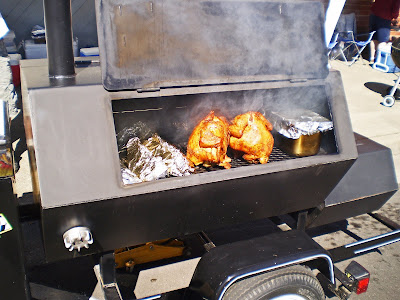 The teams were competing against each other in three categories. Tri-tip, chicken and ribs would be cooked and turned into the Judges. Ms. Goofy and I were privileged to be on the celebrity team of judges. The Mayor, Chief of Police, Fire Captain, local television personalities, KCBS certified judges and yours truly made up this infamous squad of judges. We had a tough job to decide which was the best food. After great personnel sacrifice we determined winners. 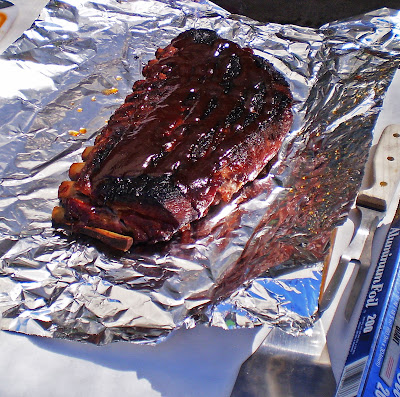 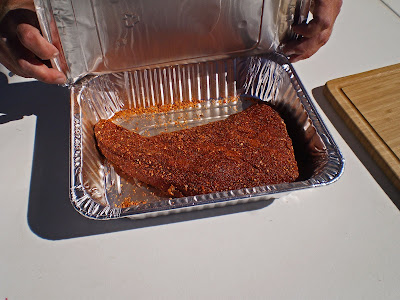 This was a pre-Judging meeting. The gentleman holding the placard is the head Judge John Reit. 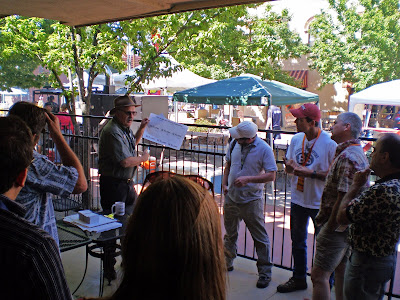 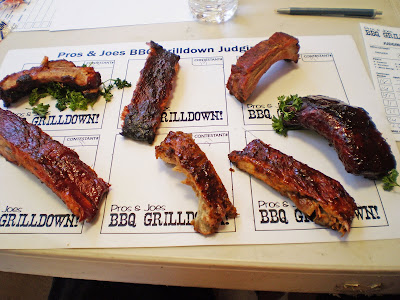 This was a first time event for Pros & Joes. It was a success judging by the number of smiling people in the crowd. Everybody left full and satisfied. Congratulations to the Winners. 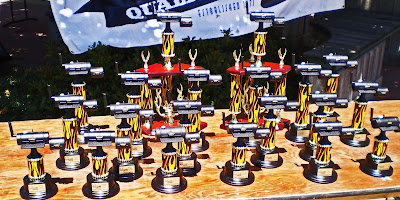 Posted by Chilebrown at 6:04 AM

Sounds like the event was a big success. Love that blue tank smoker, someone put exceptional detail into that.

Chris, The Big Blue Pill is actually two propane tanks that have been welded together and customized. You cannot see the other tank in front in this shot. The Guys that were cooking with it were having a good time at 930am in the morning if you know what I mean.

Sounds like exactly your kind of event - wish I could have been there to enjoy watching you!

Zoomie, Right On! Wish you could of been there. Our kind of Event, Oh my!

That looks like a day seized! Everything looks delish.

what a tremendous idea. SOunds like a great way to promote local business, and have a fun day for the community.

You must be stuffed... bet you had a salad next day!

But, for the community, sacrifices must be made

A Year on the Grill,
I need to take a nap.