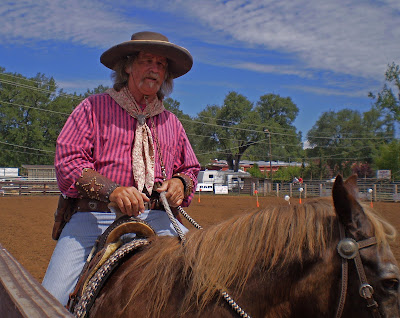 Guns are everywhere. Penn Valley California has their own 'drive by' shooting problems. There is a huge difference between urban shootings and Penn Valley shootings. The drive bys are done on horses, in a rodeo arena and the victims are defenseless balloons mounted on a pole. After the shootings a huge championship barbeque is held to celebrate. On Saturday the ‘2nd Annual Smokin in the Oaks BBQ Championship” was held. This brought out 32 teams to compete in a KCBS sanctioned showdown. The usual suspects, chicken, pork ribs, pork, and brisket were cooked in many different barbeque cookers. Ms. Goofy and I were present to help judge these barbequed delights. 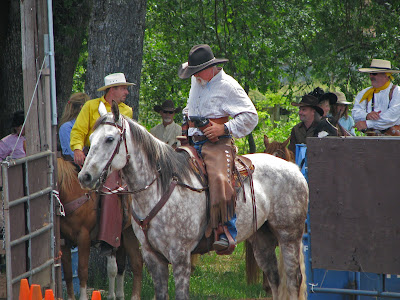 It was warm and muggy in the cooking arena. Smoke filled the air with sweet barbeque aroma. The black iron were lined up to feed the hungry mass of cooks. Some competitors had been up all night cooking and needed a rest. 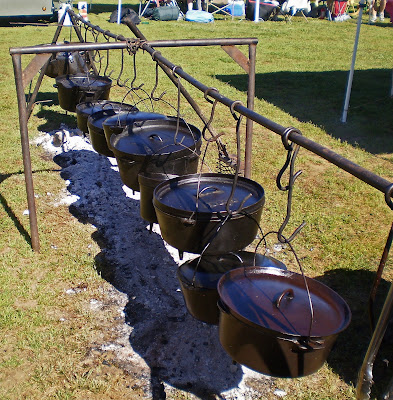 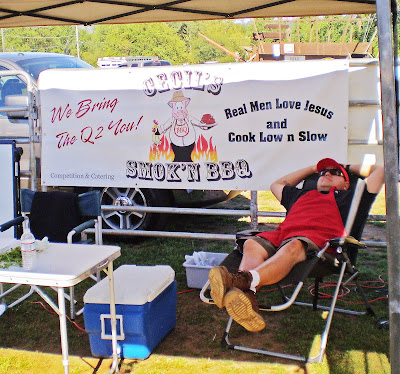 I would like to point out this one cooker that is called the Bubba keg. This rig caught my attention because of its unique shape and special feature. This cooker has a special adapter which allows you to attach it to a trailer hitch on your pick-up truck bumper. You could drive your Bubba keg to work, school, church and be ready to cook. Now that is what I am talking about! 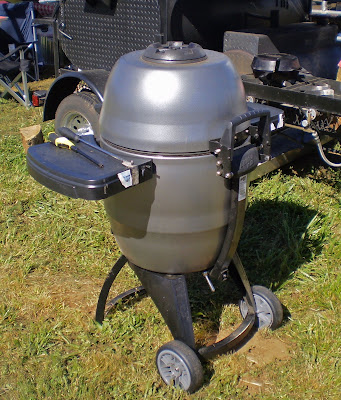 The meat was cooked and presented to the judges. When the food is such a high caliper of perfection, it makes our job of judging difficult. We were up to the challenge and picked the winners. After eating all this wonderful food it was time for a Margarita. It was a good thing one of the competiors brought a blender. 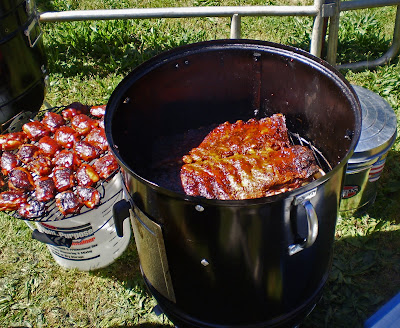 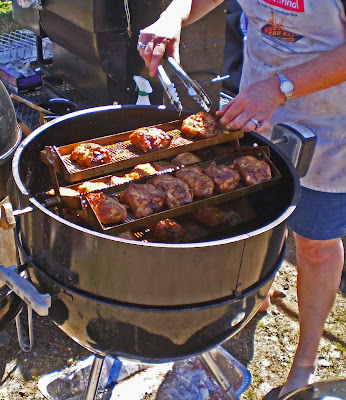 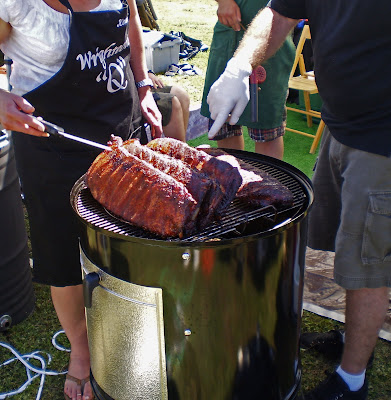 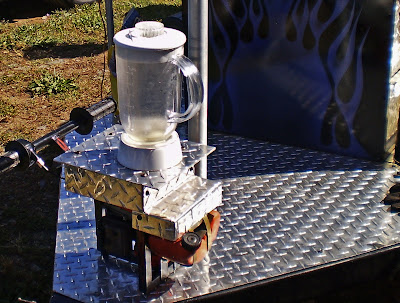 It was a beautiful day in Penn Valley. It was fun to see the shooting demonstrations. It was just like being in the old west except the bad guys were mounted balloons. Thirty two competitors all cooked some fantastic food. Congratulations to Harry Soo of 'Slap Yo Daddy' barbeque team for winning 'Grand Champion". We hope to return next year. 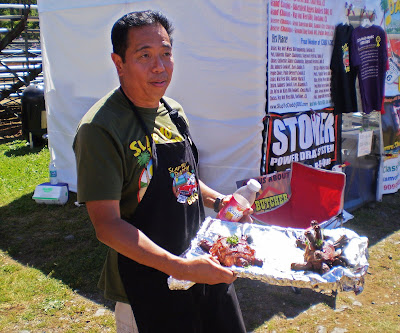 Posted by Chilebrown at 7:02 AM

You're enjoying this barbecue season 'way too much! Love the Bubba!

Another great weekend! The photos are making me hungry.

Zoomie, Yes we are. I wonder if Ms. Goofy will get the hint.

Greg, We have to wait til July 3 for our next contest. We may have to cook for ourselves this weekend.

You're just having too much BBQ'n fun (if that's possible)

highlandsranchfoodie, It is the way we roll!

Very nice event. Harry Soo sure knows how to win those California contests, doesn't he? He was my favorite on Pitmasters because he openly discussed how he was trying to change his profiles to meet the different judge preferences compared to what he's used to. He's obviously a smart guy.

The Bubba Keg seems to be a Kamado that won't bust if it tips over.

Seems like a good idea in earthquake country or if you drink as much beer as I do when cooking outdoors.

Chris, We met Harry Soo. He was supper nice. Harry emits an enthusiasm and confidence for barbeque. You should of seen him work the crowd for 'peoples choice'. He took the time to talk to everybody. He is a superstar in my book.

Chris, Earthquakes and beer drinking are two selling points I will bring up with Ms. Goofy.