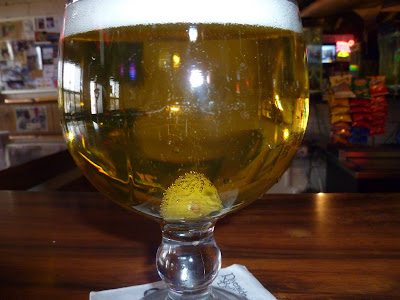 A Liberal friend of mine, who has no problem salting her way through life suggested that I have a beer in Lake Havasu, Arizona. Well, why not? Lake Havasu is a retirement community and a haven for "Spring Break" visitors. ‘Happy Hour’ is an hour earlier because of the time zone. The locals have a specialty drink called the ‘Desert Cocktail’. It is a twenty two-ounce beer floated with a stuffed olive. This will cost a whopping 2 dollars and .50 cents. 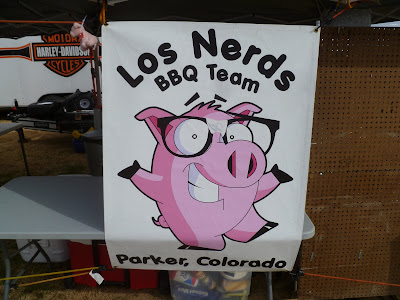 One hour away from Lake Havasu is another ‘Silver Hair’ gambling and vice destination: Laughlin, Nevada. Our barbeque event had a booth promoting a casino with a spinning wheel to give away tickets for front row seats to the "Ink Spots". Guess who won? 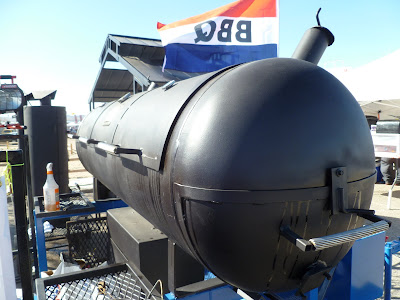 I know what you are thinking. Only one member of the present group of the"Ink Spots" is a second generation of the original group. Yes it was fun and even though I did not know the words to the songs the people behind, around, and even in front were singing and swaying to the music. It was intense. The concert was over and we all danced to the buffet line to beat the six o-clock senior discount deadline. (That was a joke son) More barbeque later.

Posted by Chilebrown at 9:47 PM

Sounds like splendid time you're having. And you're not even old enough to be in the silver set, yet. Come home before you start wearing your pants under your armpits.

Zoomie, My hair is graying and I look good with pants up around by belly button.

You are a winner!

Greg, It was happy hour with cheap eats and brew in Lake Havasu. I am back to the Bay Area and paying the California Sin tax again.