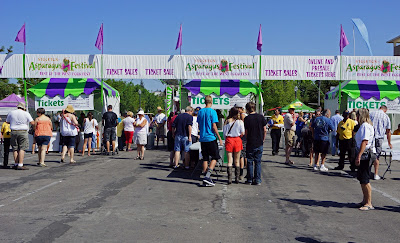 It was a beautiful weekend for everyone but Joey 'Jaws' Chestnut. He was forced to relinquish his throne to Matt 'Megatoad' Stonie as 'World Championship Asparagus Eater'. Megatoad  devoured 9.5 pounds of deep fried asparagus in 10 minutes of time to claim his victory. Megatoad is the new King but Jaws still holds the World record of 9.8 pounds. Ms. Goofy and I were not there to witness this culinary upset. We did make an appearance Sunday to take in the festivities of the '2013 Stockton Asparagus Festival". We would like to share a couple of images with you. 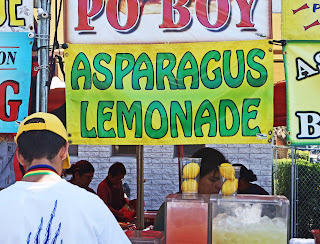 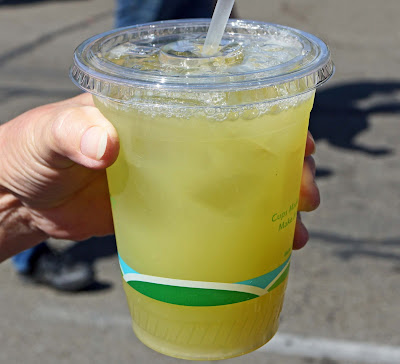 It was hot. The thermometer hovered in the low 90's. We were strolling down the food court area when asparagus lemonade caught my fancy. Against my better judgement the greenish/yellow libation was purchased  'Reversal of fortune' did not occur but it was close. Cloyingly sweet with a chlorophyll bite finishing with a bitter aftertaste made the gag reflexes shutter. I can check asparagus lemonade off the bucket list. 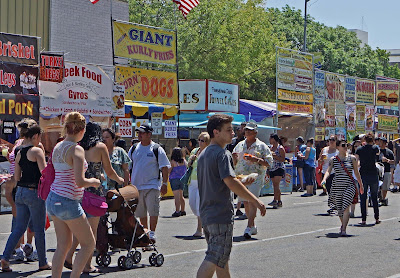 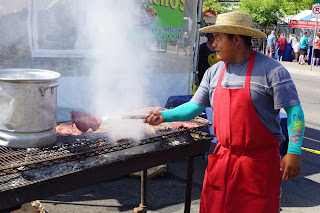 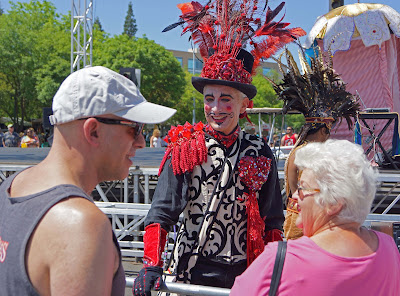 Acrobats entertained us with high wire feats. We watched them briefly because we did not want to miss the show at the 'Skyy Dog Arena'. These dogs performed and demonstrated agility that our dogs can only dream about from their comfortable couch. I would like to point out the dog that is leaping over the volunteers in the image below. WOW!! 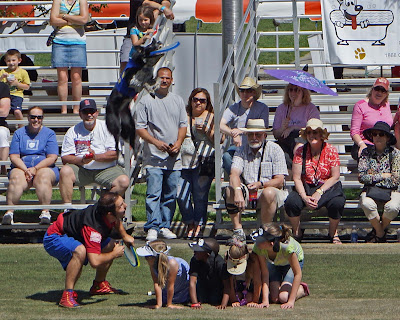 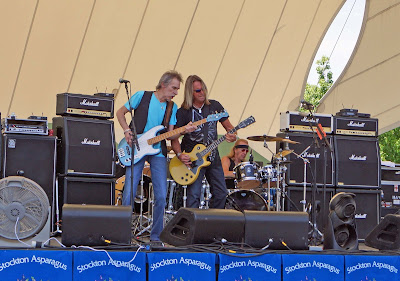 Today's band was a blast from the past. Foghat rocked the house with hits that reloaded the memory banks.Dancing and swaying with the music was minimal because the heat was relentless. To make things even hotter, I took refuge in the arms of two Oakland Raiderettes. What a great day!!! We always enjoy the Asparagus festival. 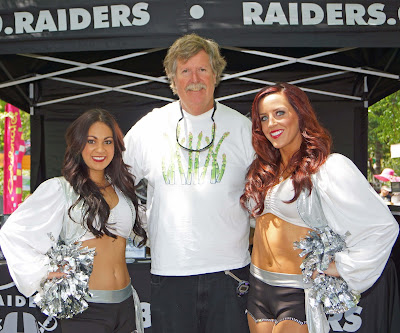 Raiderettes! Perfect day for you! :-) And where did the beard go?

Zoomie, Yes the Raiderettes were thrilled to meet me. The perfect day for everyone.

Asparagus lemonade? Yucko. I often wonder if these competitors are paid to show up. Just travel and lodging must be fortune.

Greg, The 'Major League Eating' (MLE) goes around the country to different contests. This is the same group that will participate July 4 Nathan's Hot Dog eating contest. They are professionals. There are amateurs that compete side by side with them. In fact if you are interested you could compete next year in the Asparagus eating contest. You may want to start practicing.

So, redhead or brunette? ;)

Three Dogs BBQ, I am pleading the 5th because I do not need any help getting into the dog house.