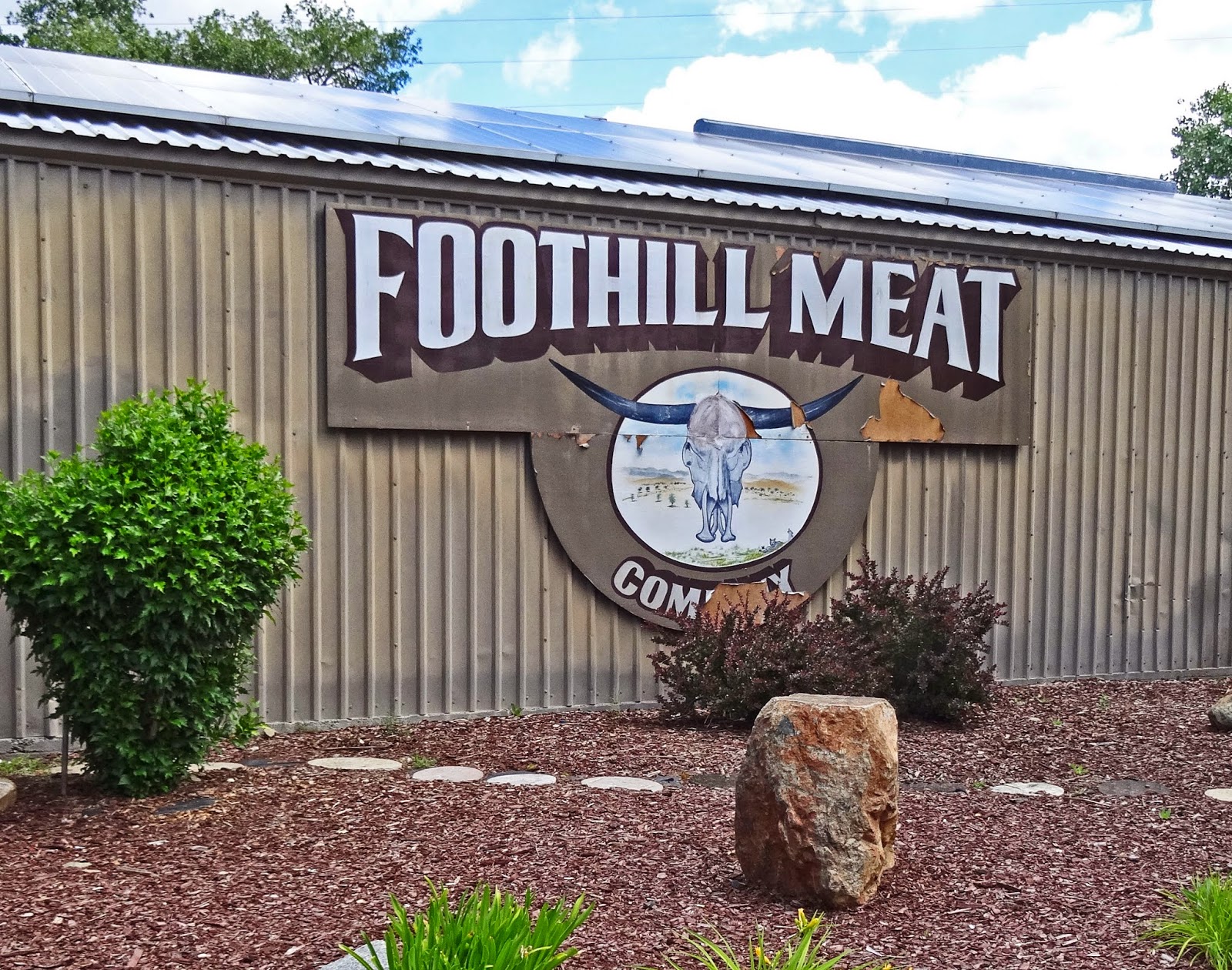 Foothill Meat Company in Oroville sells candied bacon. This is bacon that has been soaked in a sugar mixture and baked. Foothill Meat Company sells several strips conveniently sealed in plastic. This was one purchase that was a no brainer. Once home they were stashed in the back of the ice cave. Several weeks have passed and my package of candy has been forgotten. When they were rediscovered it was like finding that hundred dollar bill in your coat pocket that was long forgotten. ! “There’s gold in them thar hills”. Tonight’s dinner included Dutch oven cornbread. The addition of candied bacon just made sense. 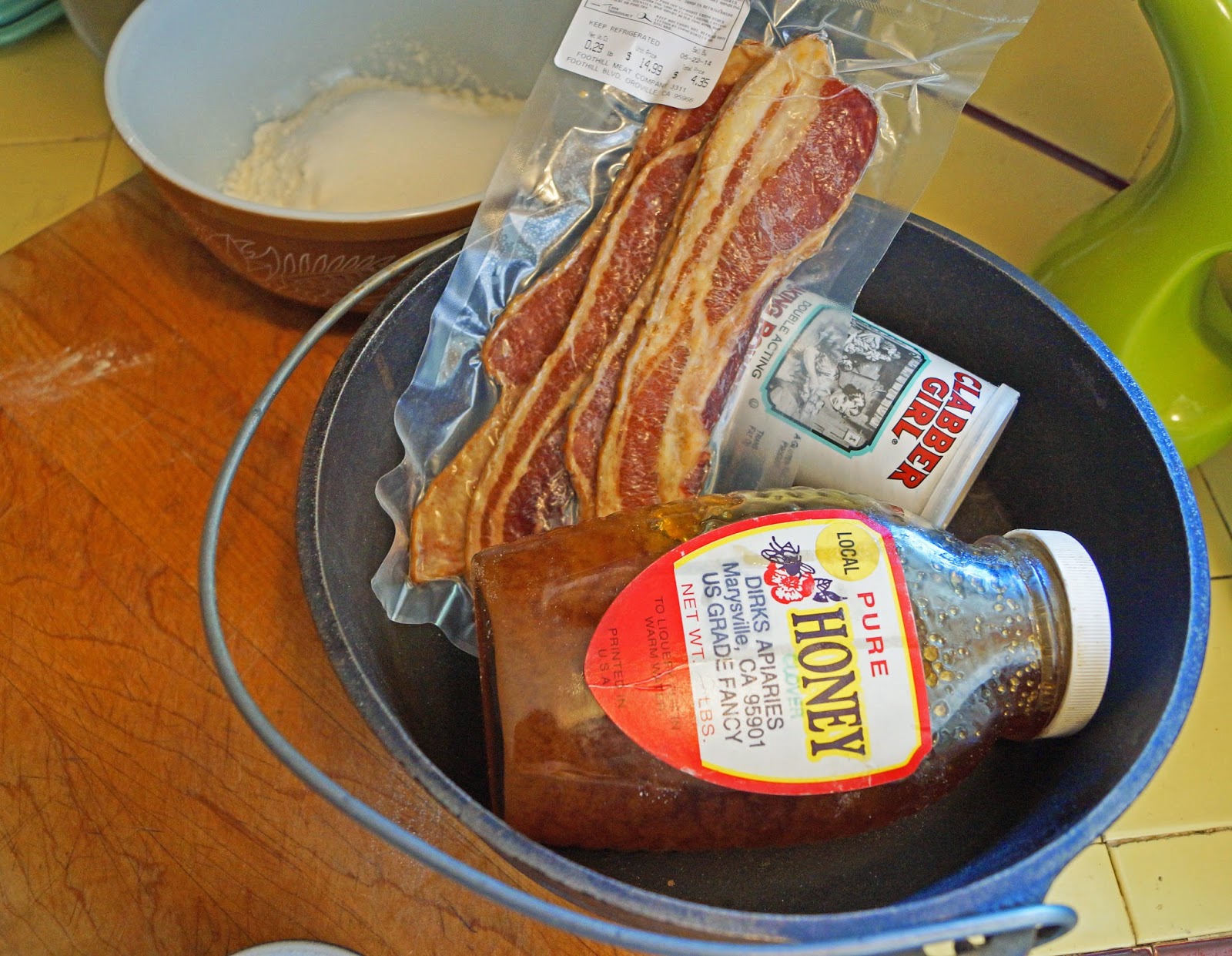 Cooking in a Dutch oven has numerous advantages to cooking in a conventional oven. The actual cooking is more efficient with the charcoal heats direct contact to the black iron. Heat control can be managed by time and charcoal count with accuracy. The kitchen does not get heated up the oven. Most important, Dutch oven cooking is just plain fun. Anything your indoor oven can cook a Dutch  oven can too. Today we are following a simple corn bread recipe and adding chopped candied bacon. 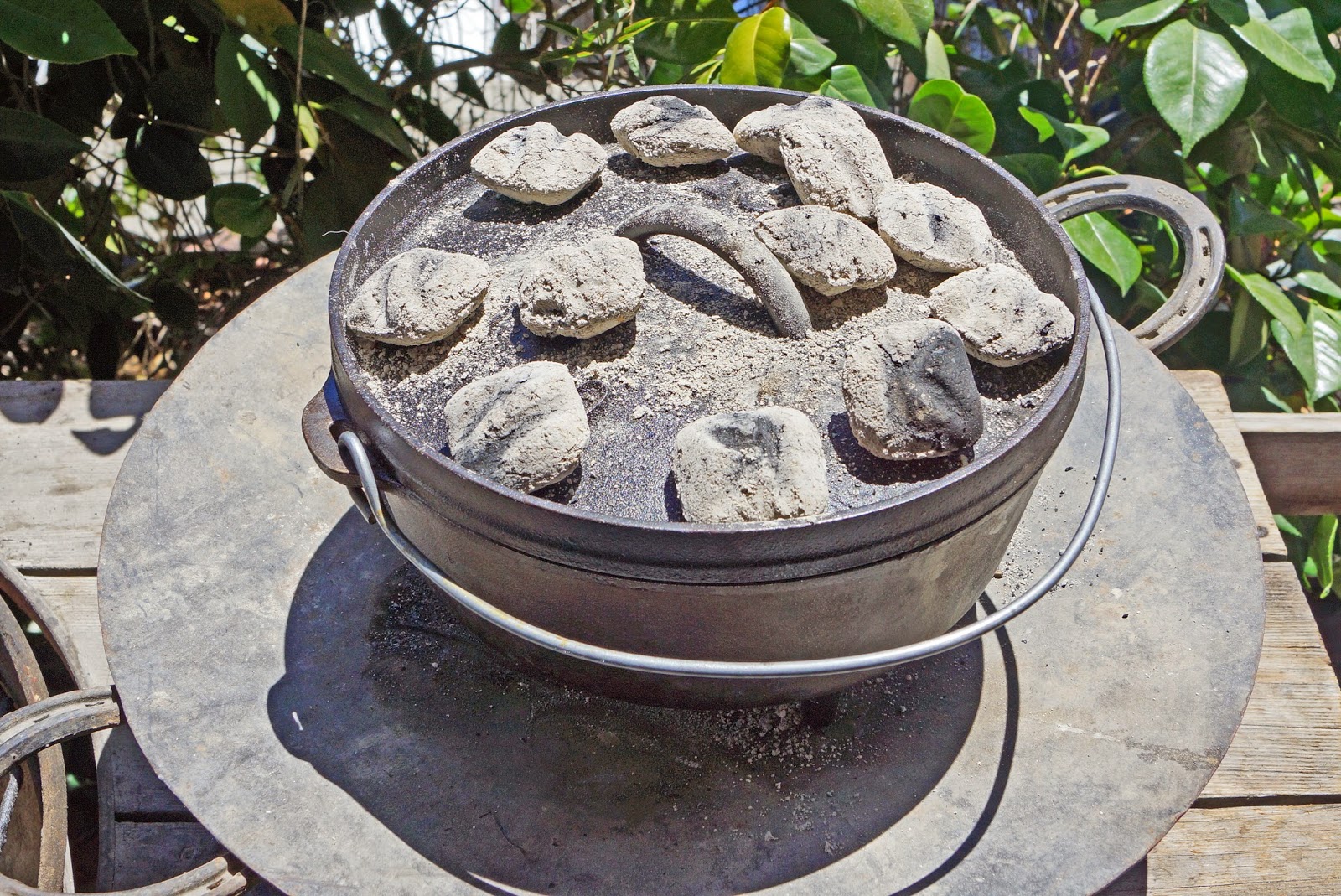 We snuck a quick sample of our bacon. It was salty, sweet, savory, and had a slight chew. This bacon also had a great pork flavor. The chopped pieces were folded into our cornbread mixture at the last minute. We counted our lit charcoals and began to bake. While baking, we would get little wisps of flavor smoke escaping from our black iron. It was intoxicating and gave us a hint of the flavor treat to come. 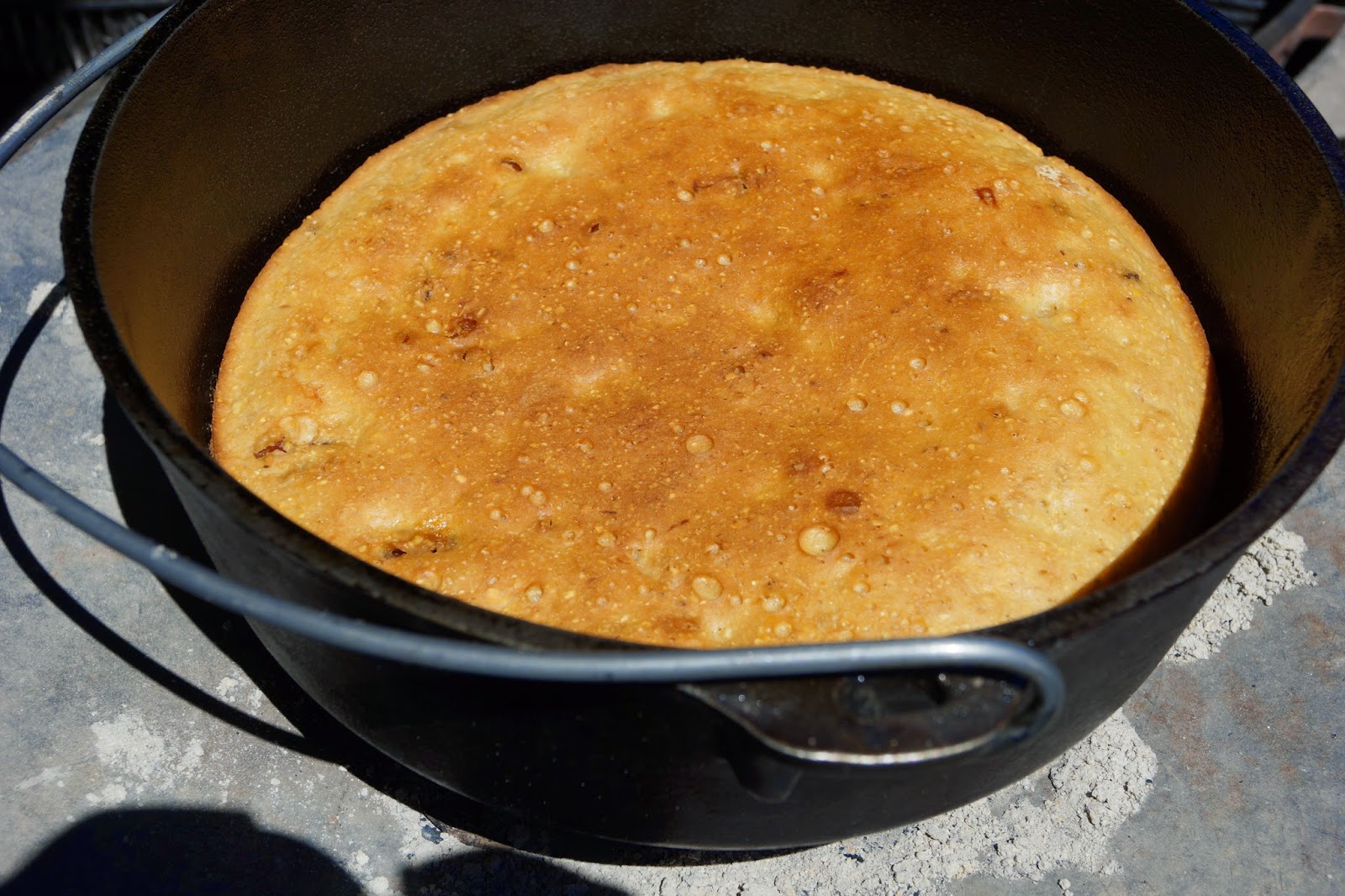 We served our cornbread with some smoked ribs. The cornbread was all that and some more. Candied bacon is a great ingredient to snazz up any cornbread dish.  What cooking fun we have. 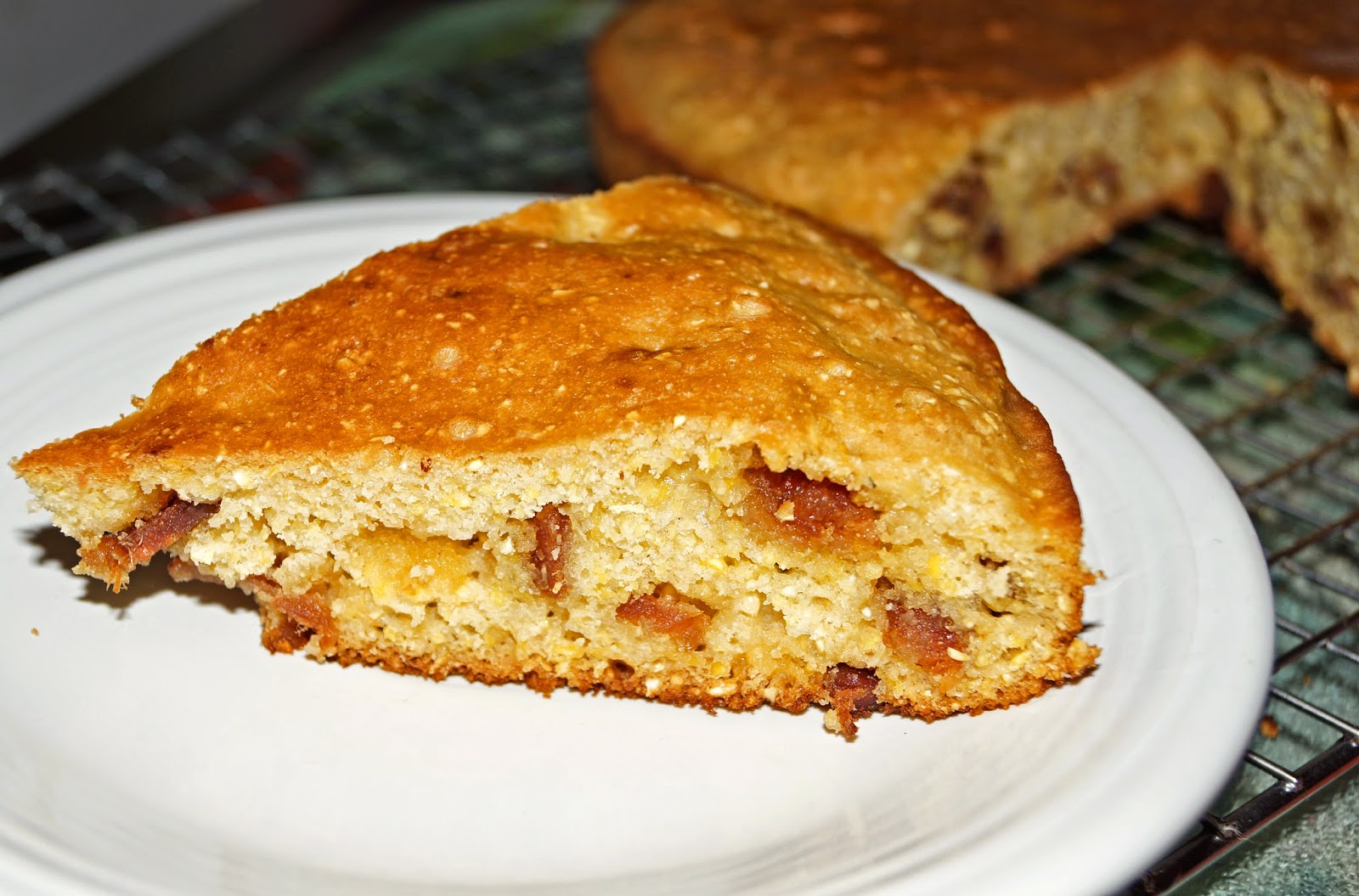 Posted by Chilebrown at 7:10 AM

Okay, I am seriously jealous. I love cornbread and the addition of candied bacon...oh, be still my heart!

Um, I'll take two please with some honey whipped butter on the side.

that looks awesome, will absolutely give that a shot

have you got a recipe for cornbread you can post or send?

Zoomie, Do not be jealous, just go make some.

gusfacegrilah, Here is a past recipe. Just omit the blueberries.

great, thanks for the recipe!