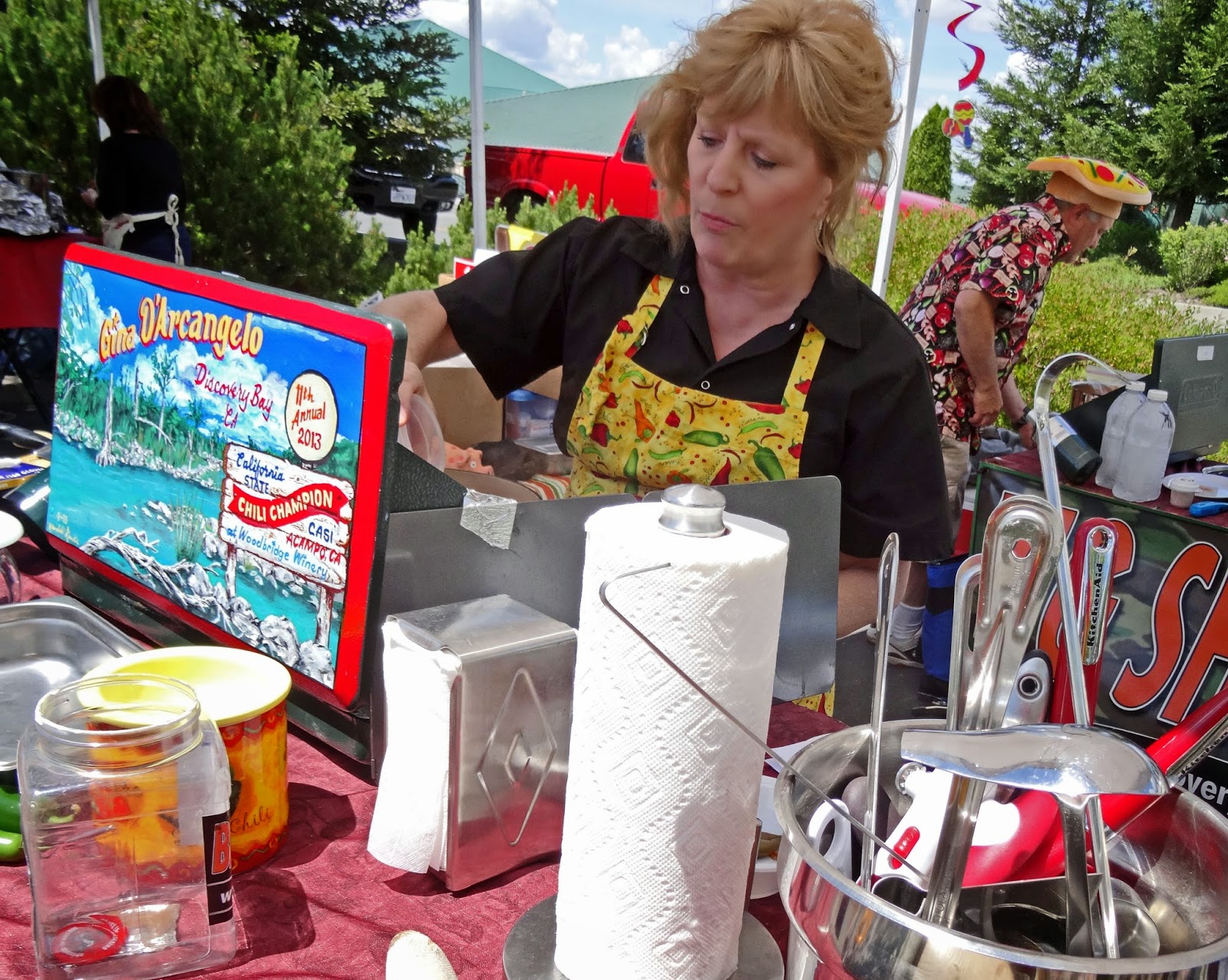 We should of polished the 'Racing Honda' and entered it in the car show at 'Show N' Shine & Chili Cook-Off' held at 'Feather Falls Casino' in Oroville California. Ms. Goofy might of set a speed record racing towards our first judging duties as newly certified chili judges. This was the first contest of a series of barbeque and chili competition events. This was a wonderful way to spend a Friday afternoon. The skies were dotted with clouds with the temperatures hovering in the seventies. 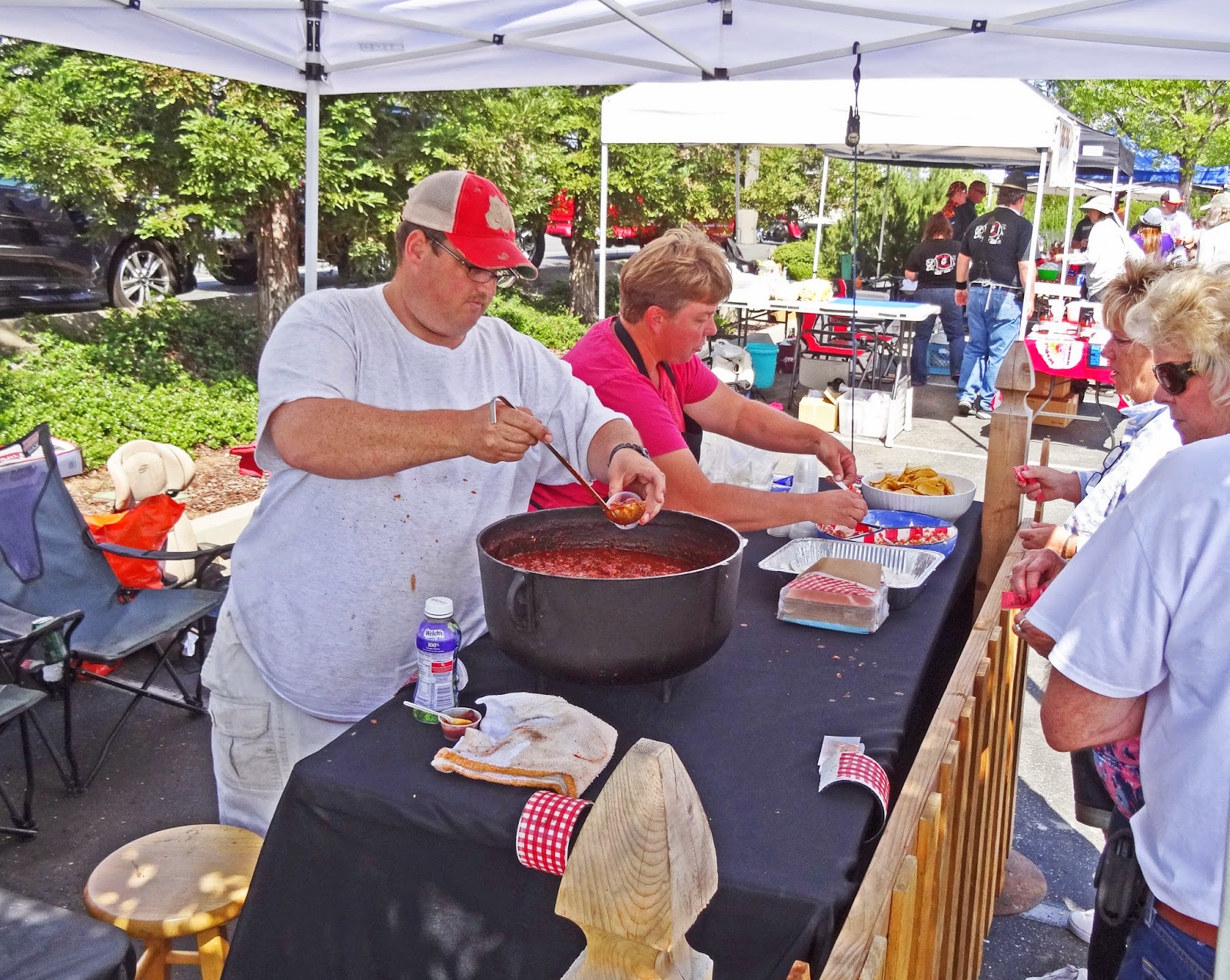 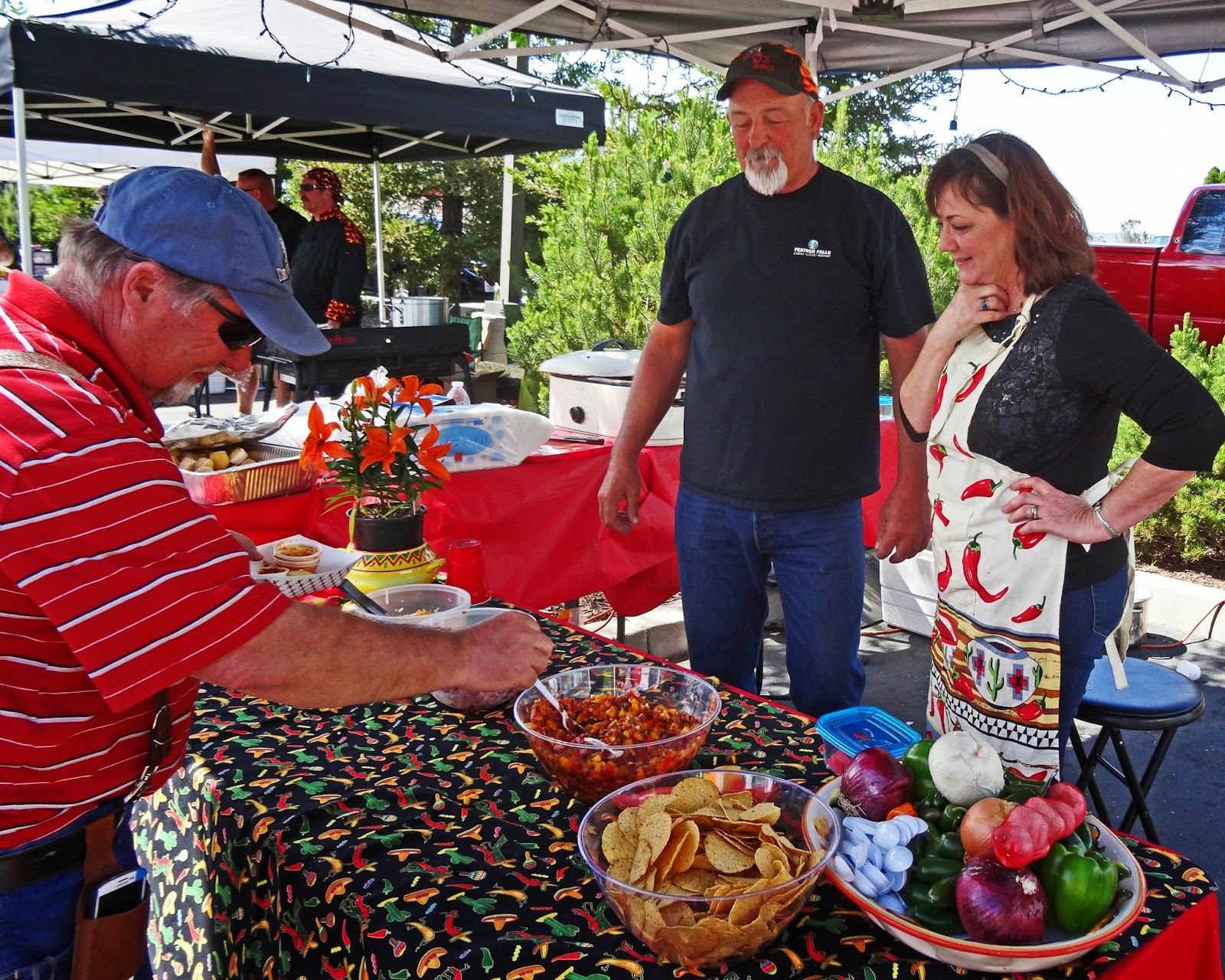 Today was a small contest with nine brave Chiliheads stirring their bowls of red to claim the prize..Each contestant sets up a small booth equipped with stoves and tables. Every booth had its own chili themed personality. Some contest will award a prizes for the best decorated booth. Today's contest had a salsa division and a 'People's Choice' category. You may have noticed two pots of chili brewing at some stations. The reason for separate pots is because the chili made for the judges is usually spicier. The judges may only take one or two small spoonfuls and it is prudent to grab the attention of the judges palette. 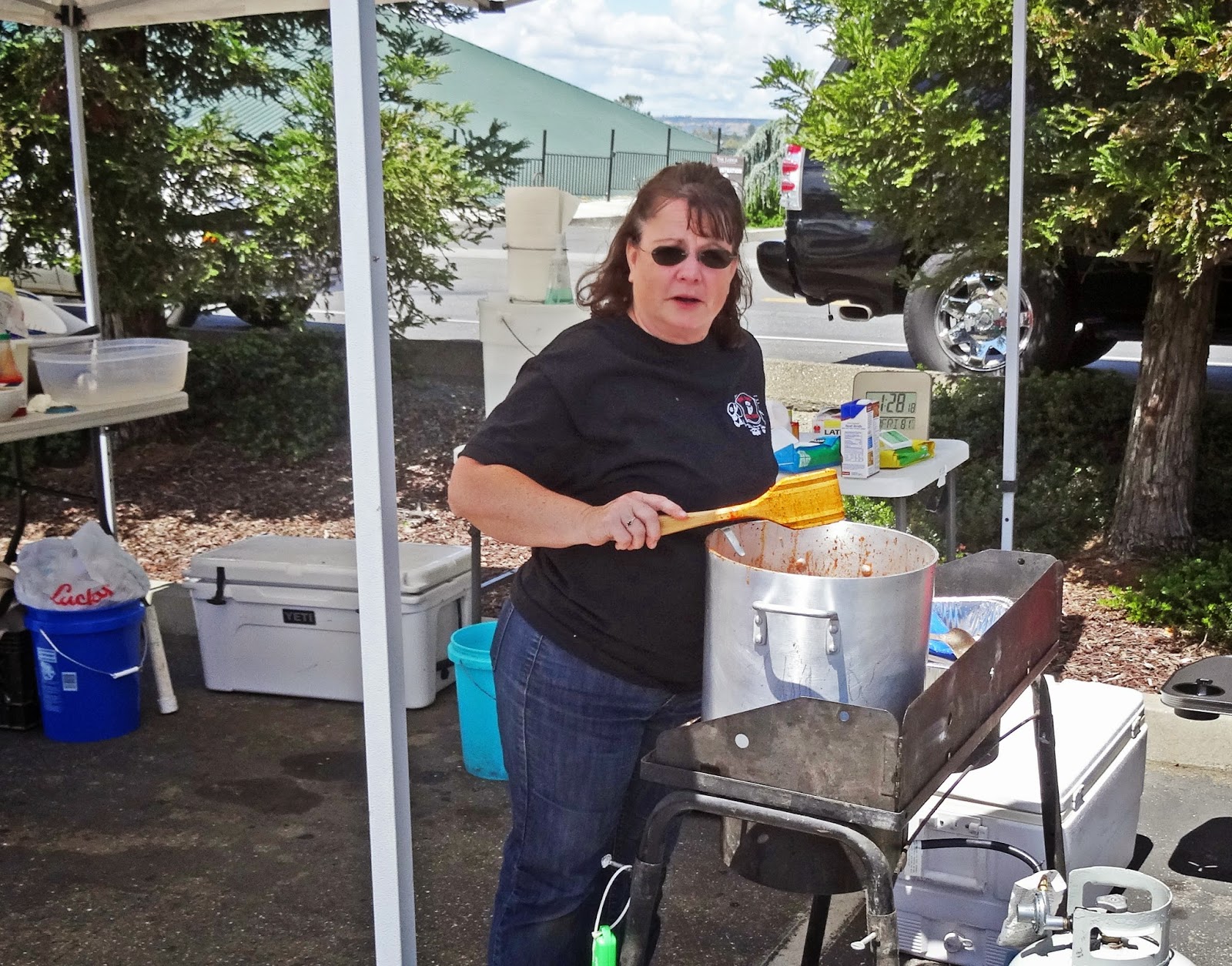 We arrived early thanks to Ms. Goofy's special driving skills to attend the judges meeting. We are briefed on the rules and any special instruction. The judges tent was a familiar site to us. A few of the chili judges are also bbq judges like ourselves. In fact several of the contestants were bbq competitors too. The cross-over and similarities of bbq and chili competitions are evident. The judging of chili is similar but has its own set of rules. One rule that is different and Ms. Goofy's favorite is the encouragement of drinking beer in between tastings. It is a good idea to clear your palette for each entry. Unlike bbq contest drinking is allowed. 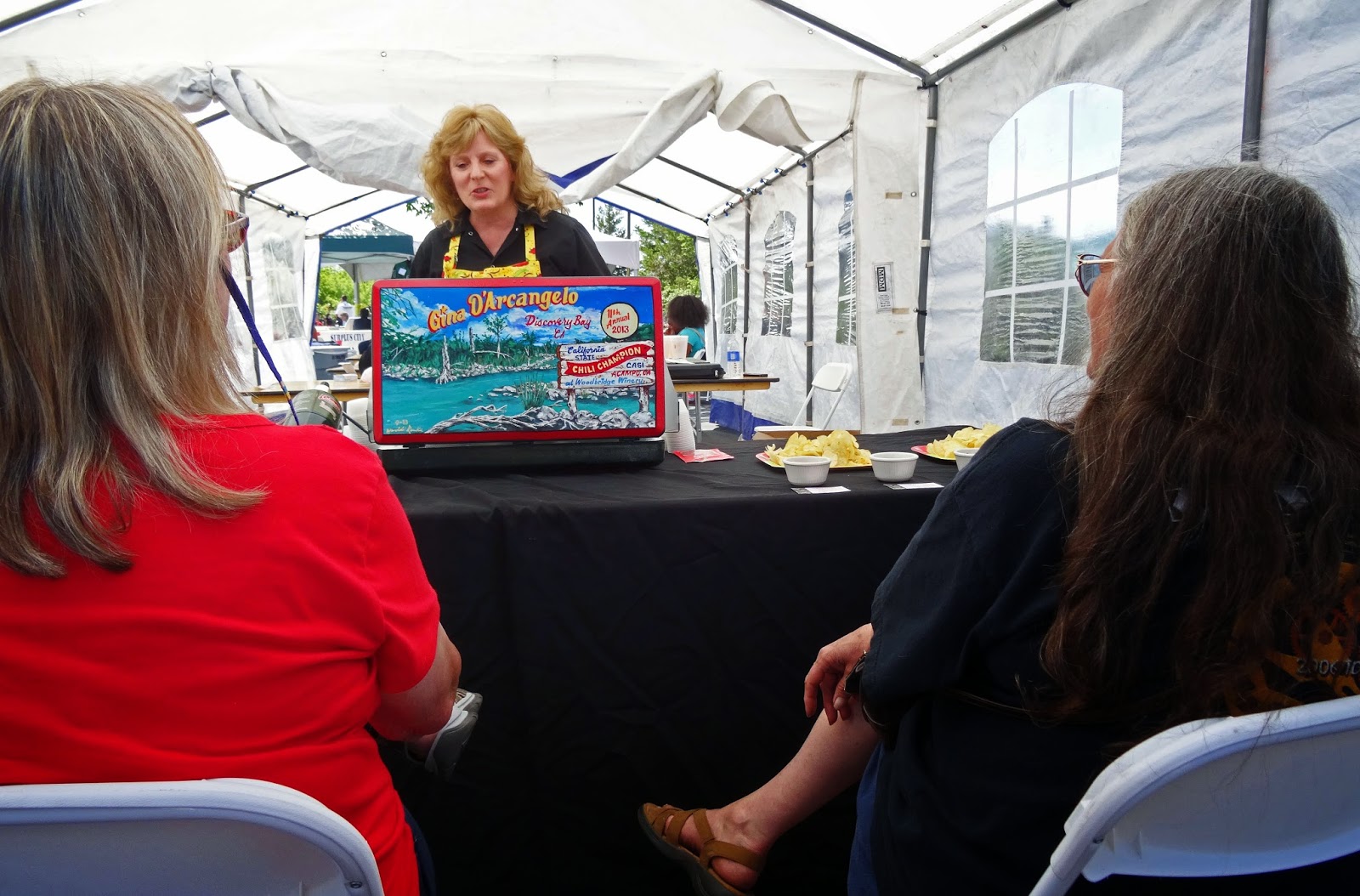 It is no easy task judging chili. I was almost relieved we had only 9 entries. Each chili is very good and similar. We looked and tasted for tenderness of meat, consistency, heat level, saltiness, and most important chili flavor. No beans or pasta is present in this competition chili. We pick the top three and rank them accordingly..Our job was done and it was time to relax. 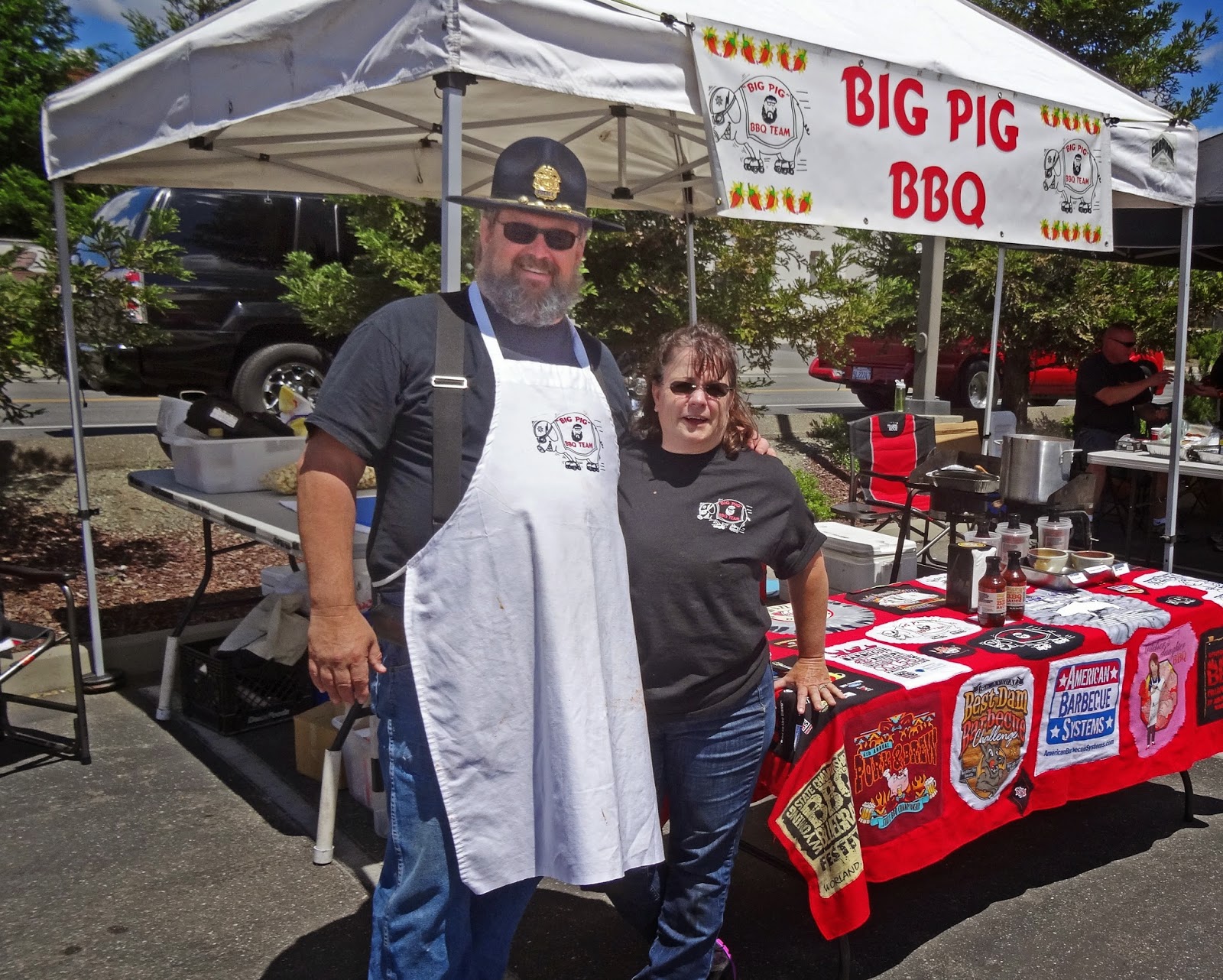 Our bbq friend Gina D'Arcangelo gave a demonstration on the art of making chili. She is a accomplished bbq competitor and has won state championships with her chili. This was a very informative class. Chili is so much more than opening a can. We learned that most competitors do not use fresh vegetables but powders. This is for consistency. For example; a clove of garlic will vary in size or a jalapeno will have different heat levels.After her talk she offered samples of chili to show differences in styles. 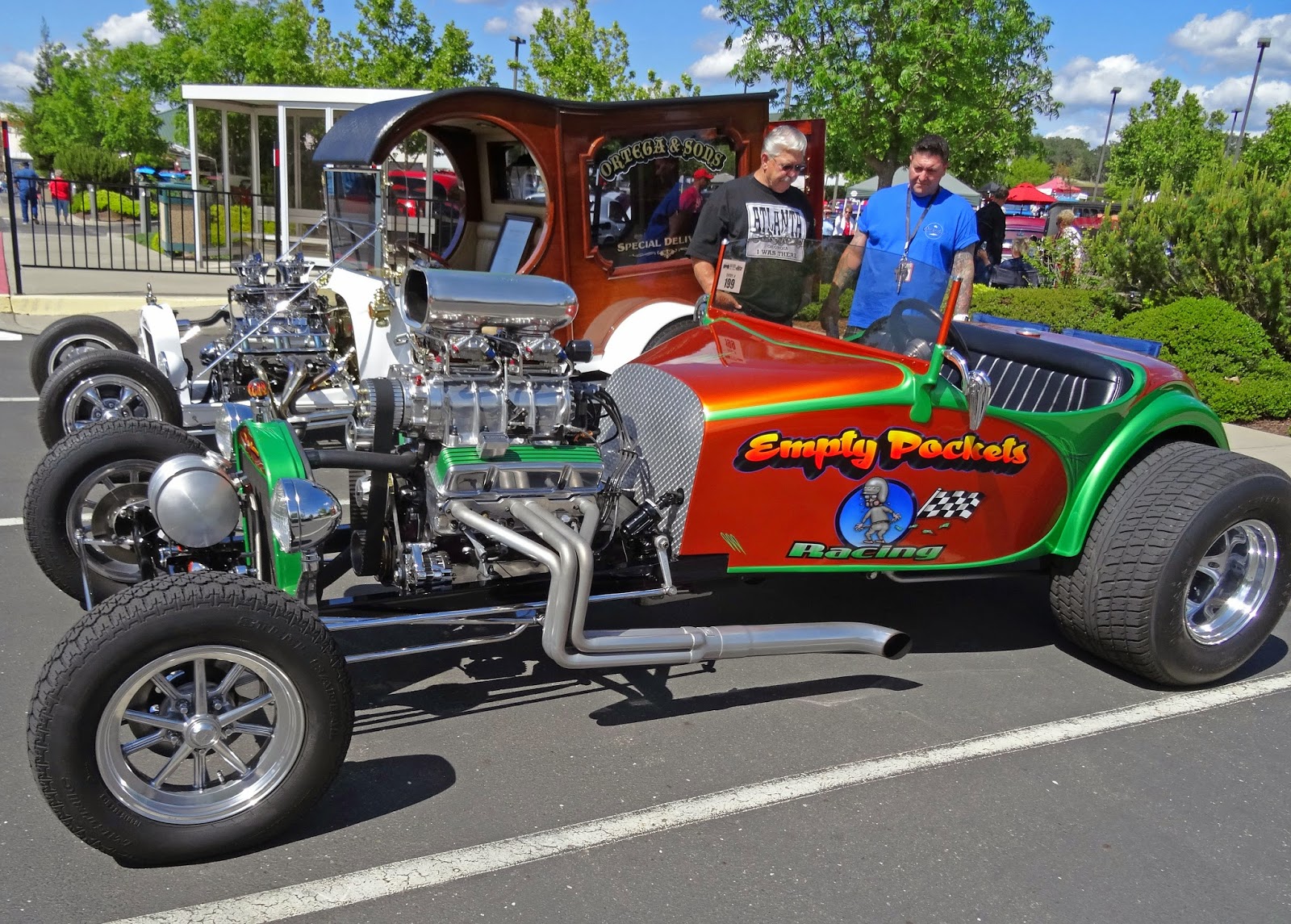 We strolled the car show while being entertained by live music. We saw a lot of polished chrome. Most of the crowd had a warm smile on their face? Was it from the chili or the festivities of the day.  It was a wonderful day at the casino. We are looking forward to the next event.
Posted by Chilebrown at 7:12 AM

So, better than being a BBQ judge, the same, or different? I like the allowing of beer. Also, why no beans?

greatwhite hunter, I have been calling you and e-mailing you. Why do you forsake me? Oh my bad. You must be really busy at work. Anyway, do you want to go on a Meat Adventure to Willowside next Saturday?

Three Dogs BBQ, I have heard several theories. Chili originally was made on cattle drives and dried beans were not used. Beans can be used to mask bitter chile flavor. Beans could also be used to mark or tippoff judges to the cook by using different beans. To answer your first question: different and will take some practice. I will always love being a bbq judge.