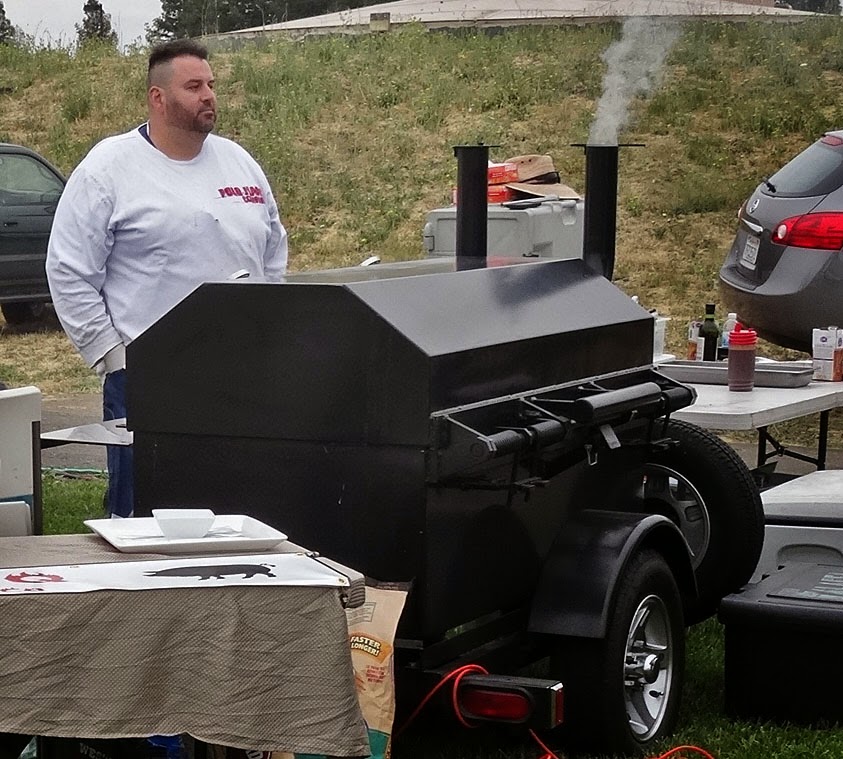 The competitive bbq season is in full swing. This Saturday a very popular contest called "Wine Country Big Q' was held in Santa Rosa (actually Rohnert Park but Santa Rosa has more wine 'Creds"). The popularity of the event is because of the unique showcasing of local wines with barbeque. This brought out bbq enthusiasts and oenophiles alike. I personally looked forward to the bacon themed desserts that have been offered at this event in the past. Oh, and not to mention we were there to judge bbq. We would like to share a couple of images with you. 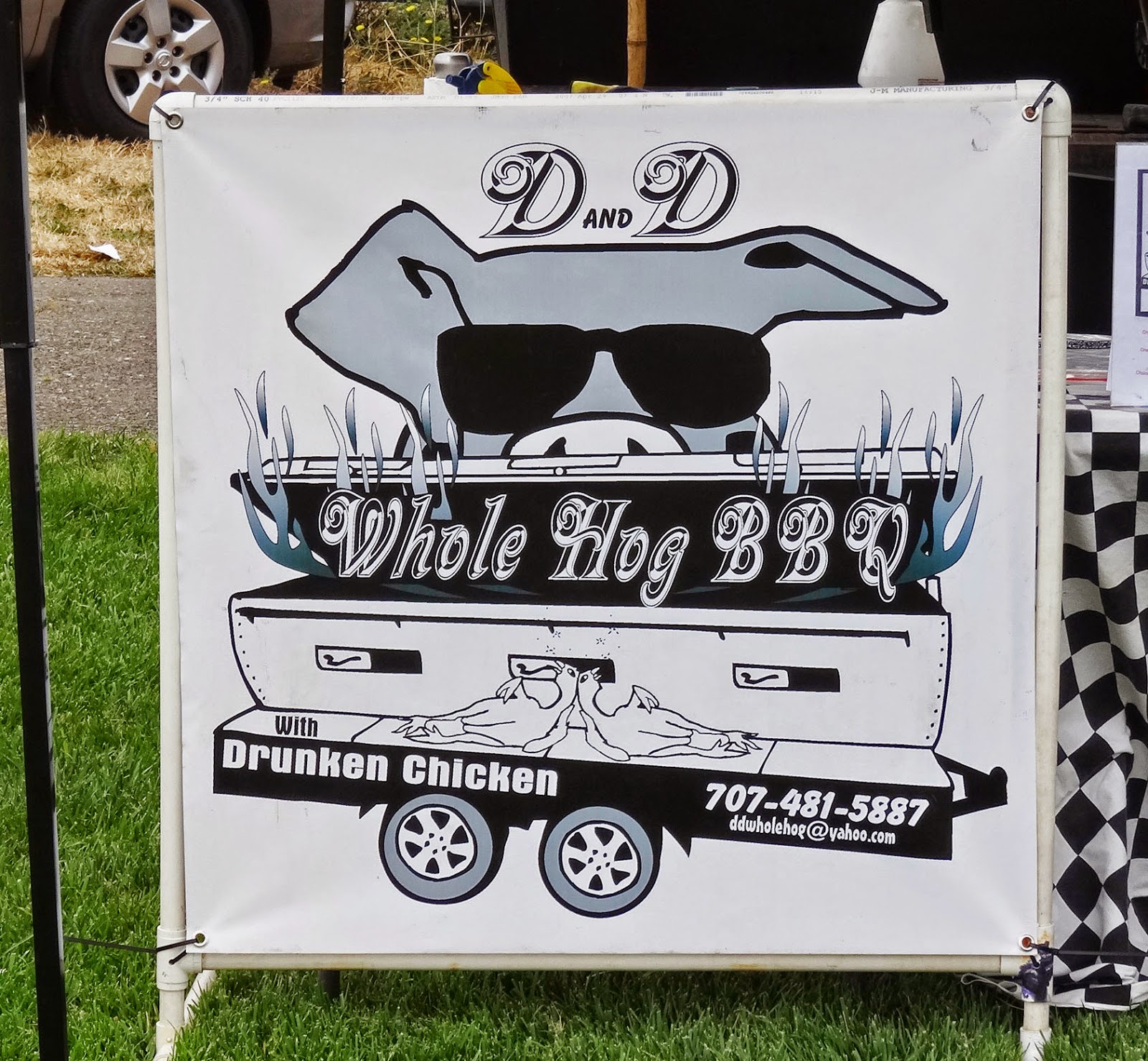 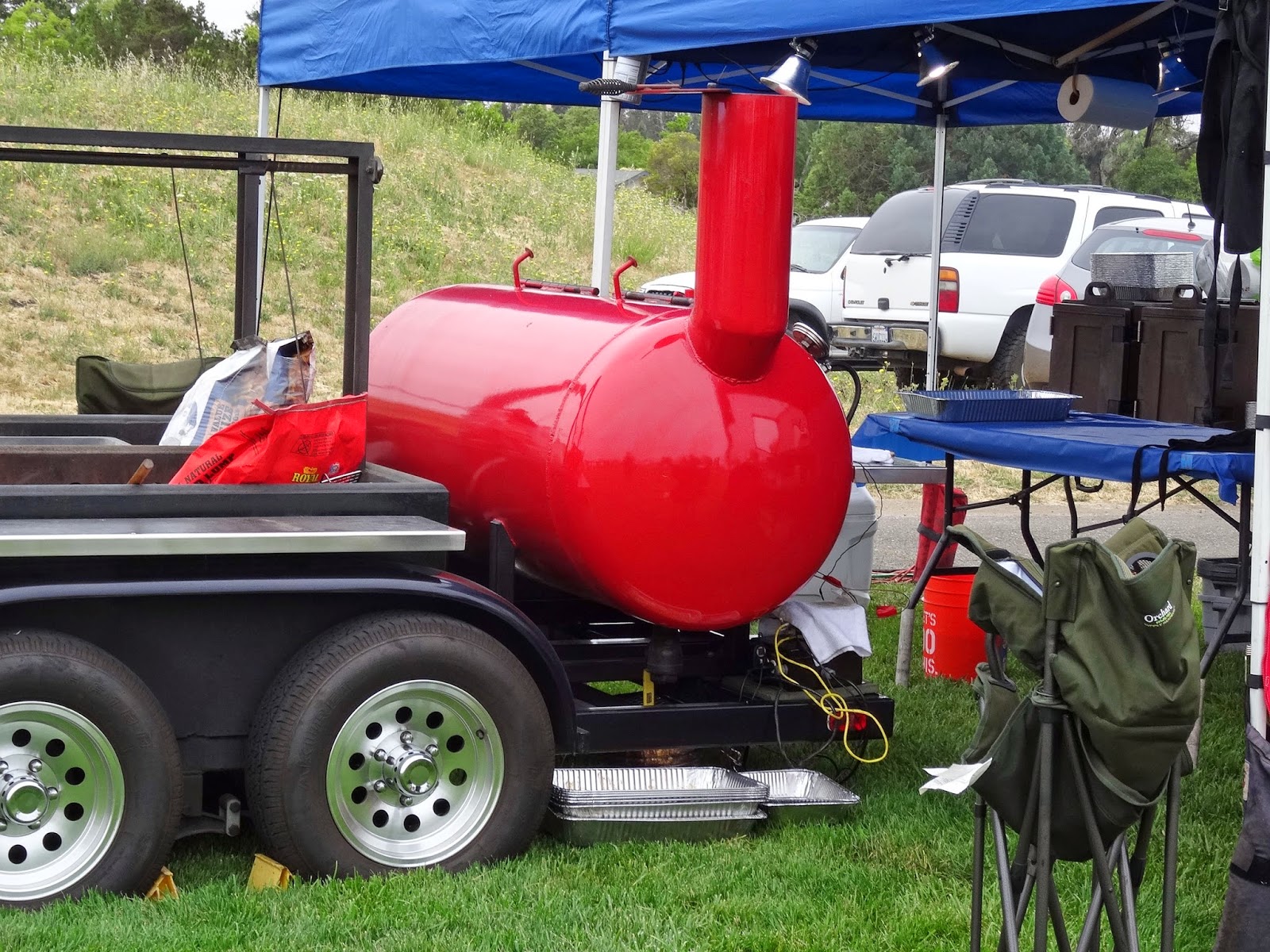 A new competitive bbq team has just entered the barbeque arena. They are enthusiastic and have a great eye catching logo. The name of their team is the 'Flaming Moe's.' For those of you who have never watched the 'Simpsons', Moe was the bartender at 'Moe's Tavern'. 'The F'laming Moe' was a hilarious episode and the song can be heard here. 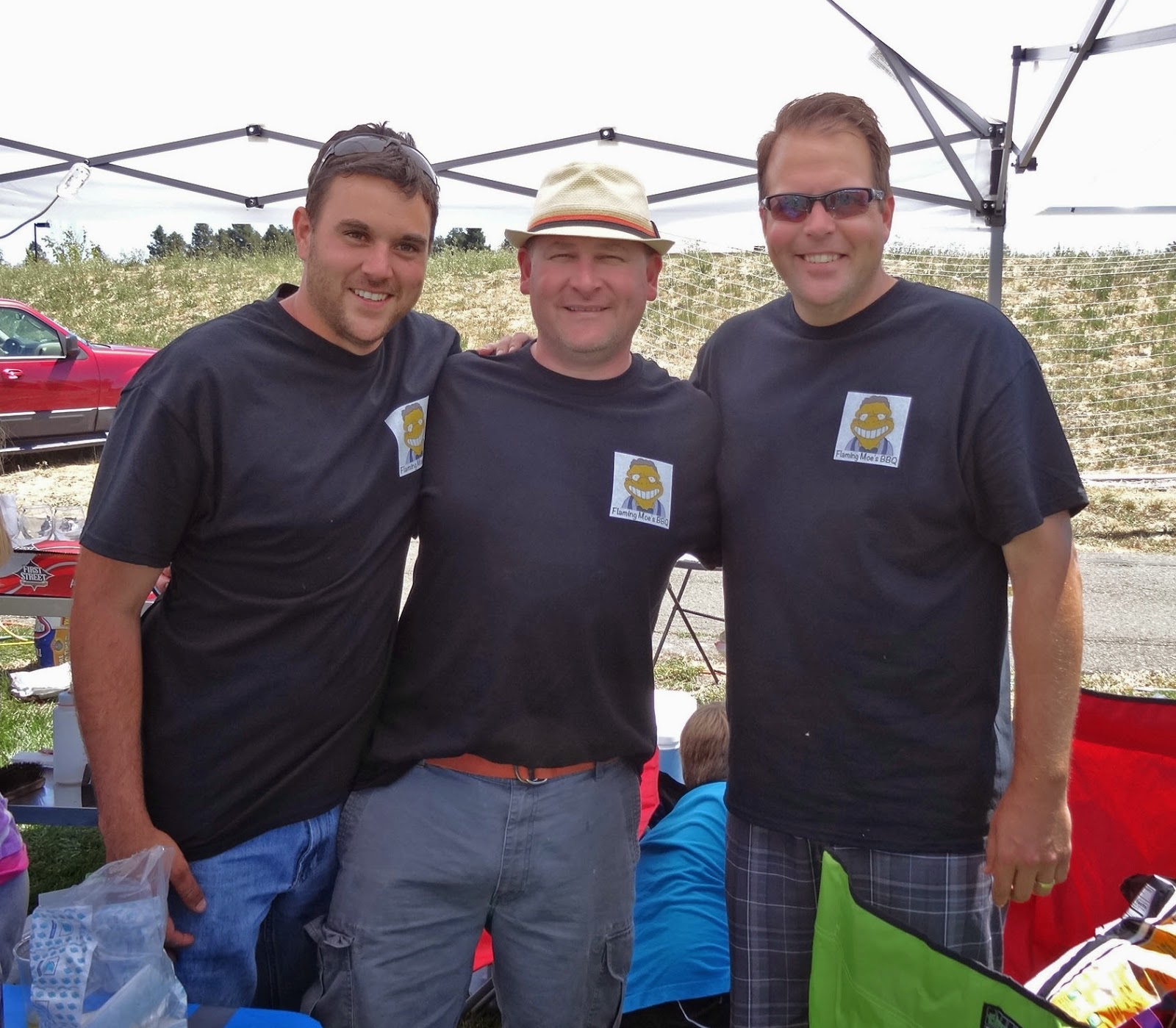 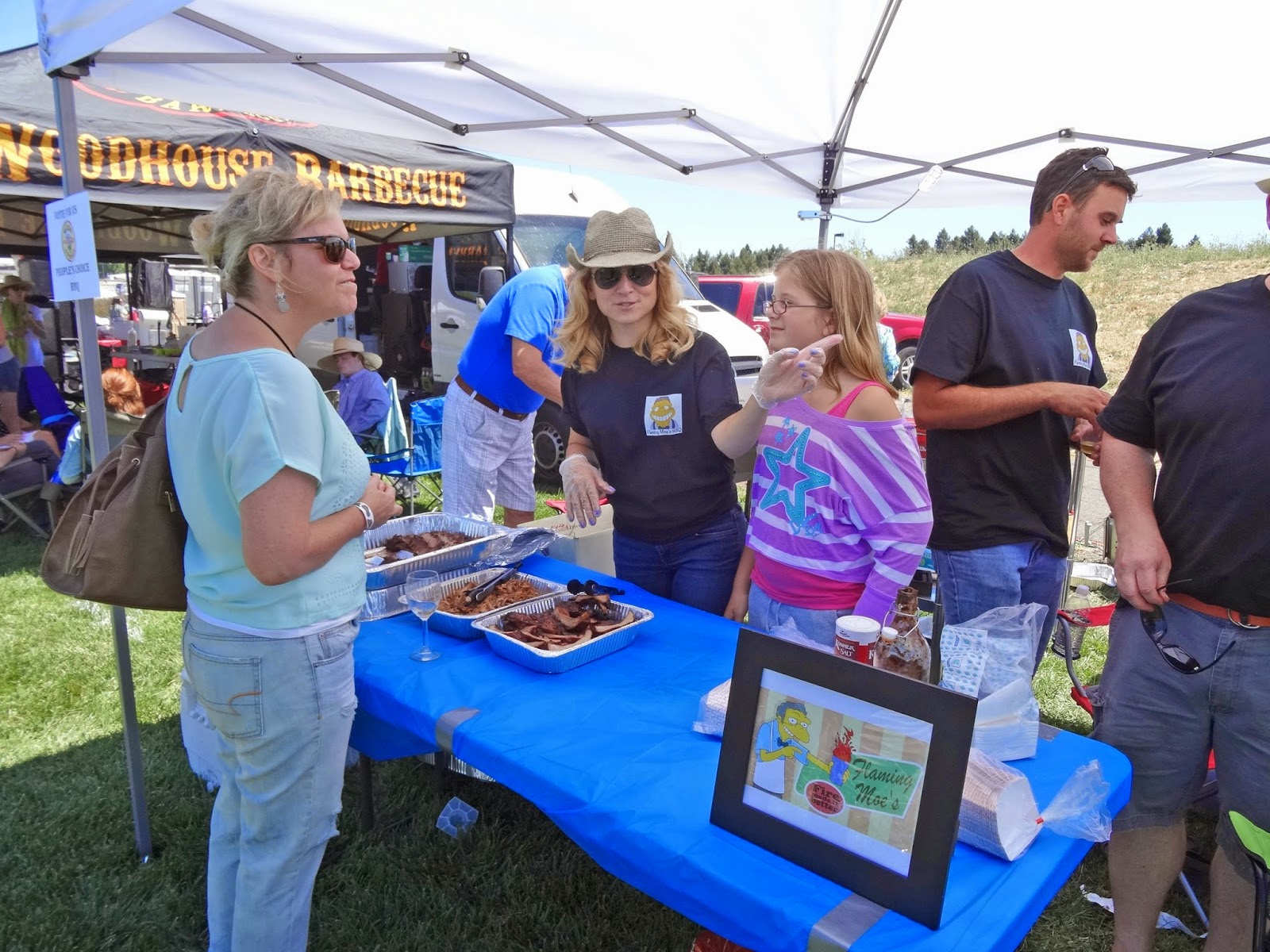 I did find my bacon treats. Rob Z of 'Beaver Creek' was vending Twinkies with a maple and bacon topping. They were delicious and was the perfect dessert after judging some great bbq. We always have room after judging 6 meat categories that included chicken, ribs, pork shoulder, birsket, lamb and a new steak called 'Velvet Steak'. Velvet steak was a term used to disguise the real name of 'Heel of the Round'. This was a challenge for the cooks because this cut has no fat and can be tough. 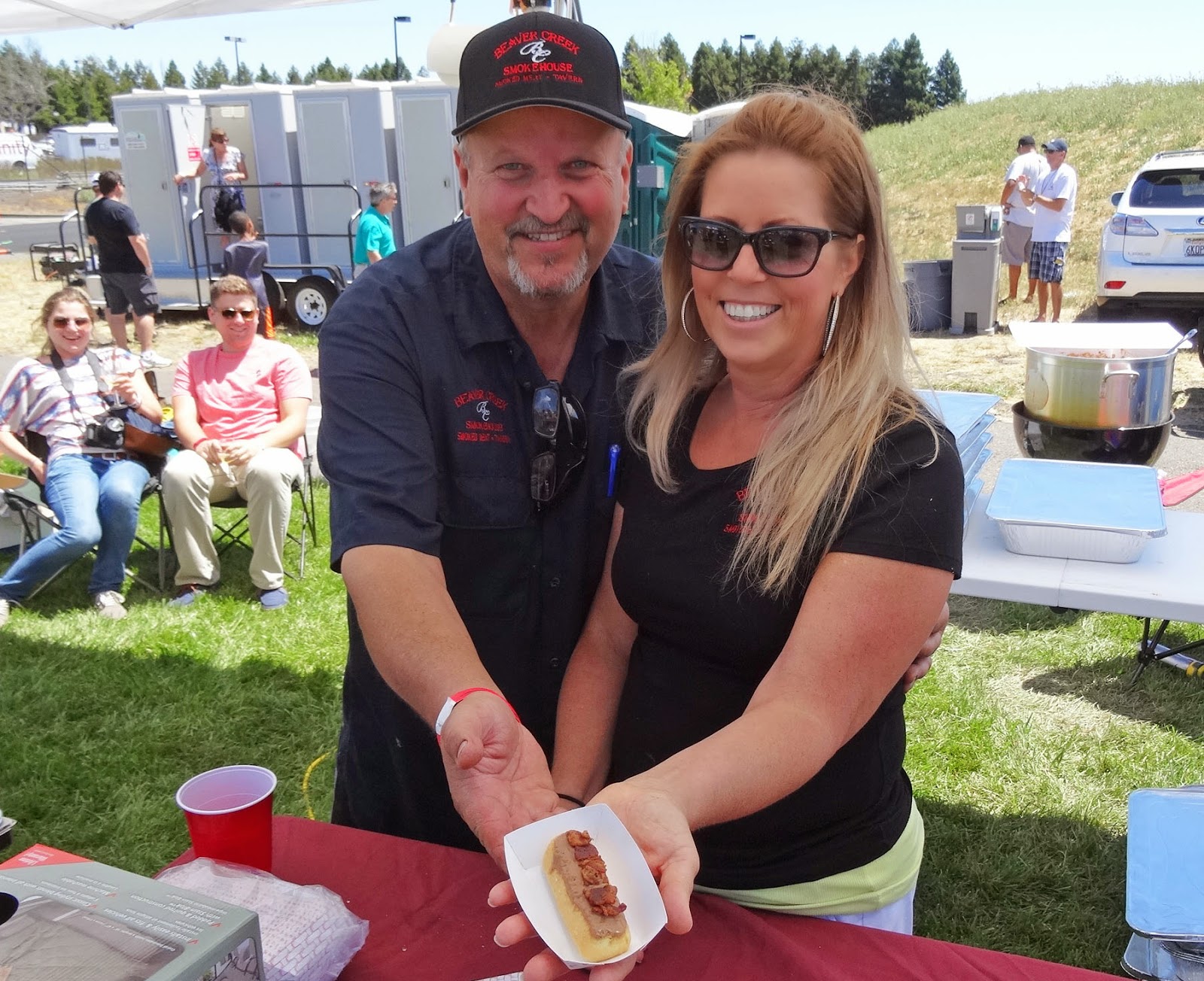 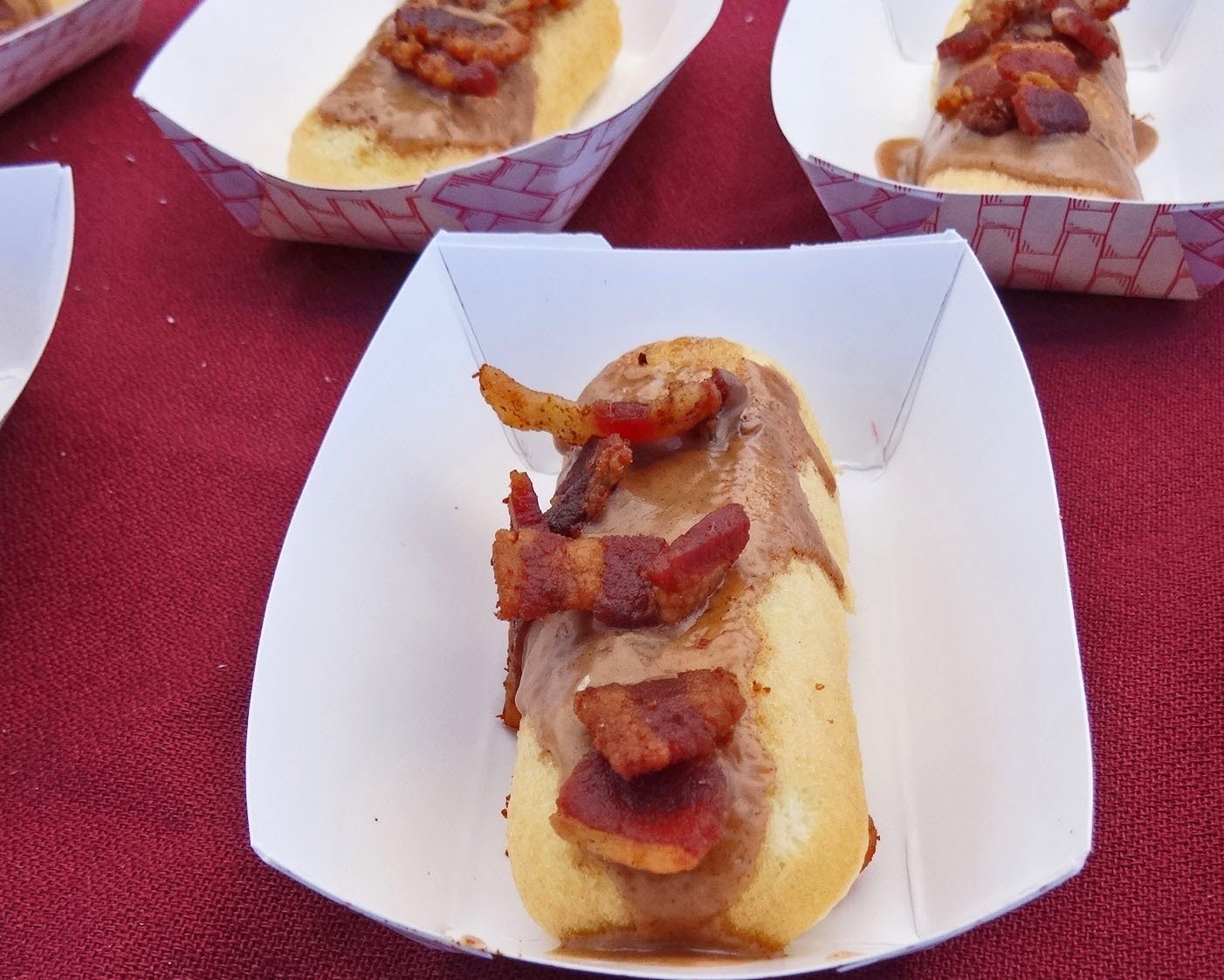 What a wonderful day. Two of our friends took Grand and Reserve Championships. Richard and Michele Holquin of 'Cecils Smok'n  BBQ' were Grand Champions and Bill and Yvonne Sousa of 'Big B's Down & Dirty BBQ' Reserve Champions. What a great day. I cannot wait till next weekend when we can do it all over again.
Posted by Chilebrown at 7:32 AM

Looks great. I'd try one of those Twinkies. We hit the road next weekend, up in Warren, PA. A bit of a home game for us.

You always have a good time!

Three Dogs BBQ, Next weekend we are in Boomtown. Busy, Busy, Busy.

Those are two good looking pits they have.

Big Dude, I am always amazed of the arsenal of cookers. You see the custom trailers all the way down to a converted barrel drum.