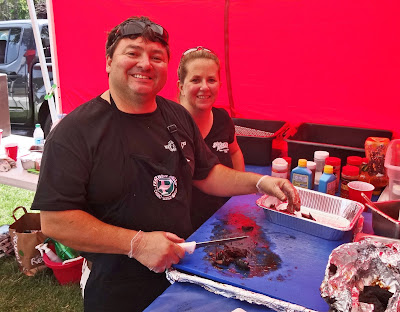 It was a beautiful day to have a barbeque contest in Penn Valley California. Twenty five pittmasters brought their cooking skills to compete in the first holding of the Grilles & Grilles at Western Gateway Park. This was a fundraiser for the United Way that brought the community of Penn Valley out to enjoy a beautiful day at the park. The weather could not of been nicer. The thermometer hovered in the mid 80's to provide pleasent conditions for all. Us spoiled judges were sequestered into an air-conditioned room which we had to even turn the thermometer up. 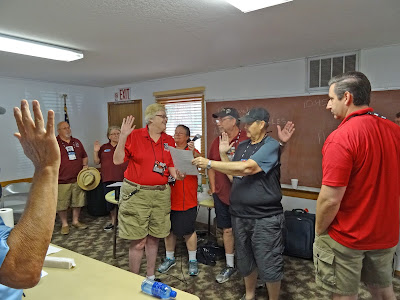 This was a special contest for three Kansas City Barbecue Society Certified Judges because they had arrived at their thirtieth contest. This milestone qualifies them to apply for Master Judge status. They have to pass a test, cook with a team and volunteer or table captain to complete their Master Judge application. It was a day to be proud achieving this status. They are pictured reciting the KCBS oath which is said before each contest. Congratulations. 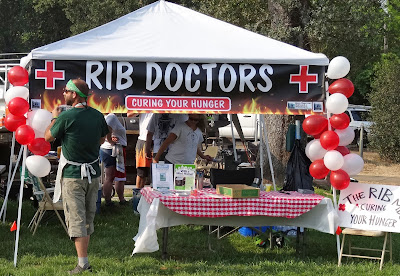 The public was allowed to sample competition style bbq at this event. Each contestant donated their leftover competition meat to a central booth. It was distributed for a nominal fee benefiting the United Way. This was a win, win situation for all involved. I saw some happy customers with a full plate of bbq. I was tempted to purchase a plate of my own. If you were inclined to eat every bite of the food judged a judge would consume approximately six pounds of meat. Needles to say I had to pass this time. If you did not want bbq their was the food truck No Pho King Way selling their wares. 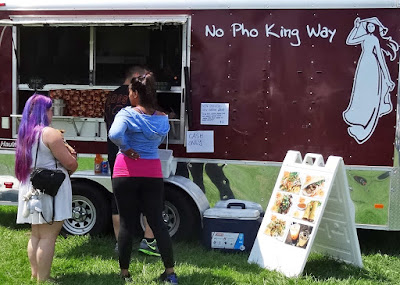 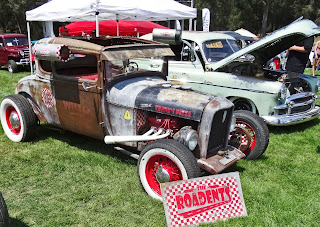 The scores were tabulated and the winners were determined. Zack Galiste of 'Son of Smoke' took Grand Champion. Zack won last week in Oakland WOW, he is on fire. Back to back Grand Championships for a seventeen year old pittmaster is phenomenal. Food Network may have a new star. It was a great day to have a bbq contest. 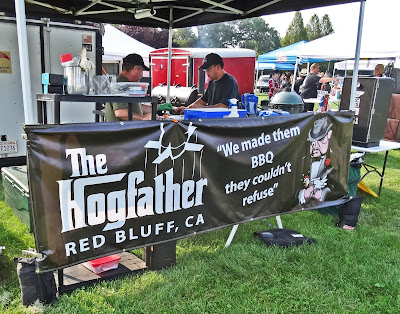 Posted by Chilebrown at 7:59 AM

I love good Pho. Pho sho! Anyway, I saw that Son of Smoke won. That is awesome. Big things headed his way. Could pay is way through school giving BBQ classes...

Three Dogs BBQ, I was kidding Zack about becoming the next Food Network star and the fame, women and money that would be involved. He is more than ready.

Big Dude, His dad Derrick is a good teacher. He also has some good sponsors. He definitely has elevated his game to win back to back. It is a lot of fun to see hem grow and succeed.

Mr. Three Dogs it's refreshing too see a posting about something other than straight up meat. I to have the Pho monkey on my back. Mr. Three Dog next time you are in California Pho's on me, just don't tell Mr. Brown. GWH

greatwhite hunter, and to think I even considered treating you to the next partaking of Willie Birds turkey, double order of stuffing and a bucket of gravy.

Ha! and Pho Monkeys will fly out my butt! GWH