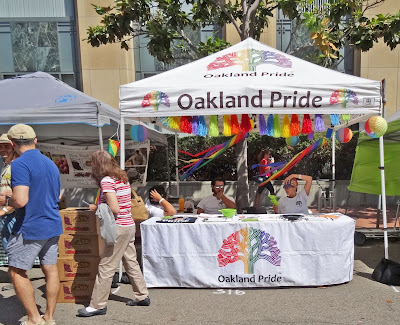 Oakland Pride has several meanings for many different people. This weekend the 2nd Annual ‘Art & Soul Festival’ was held in beautiful downtown Oakland. This event was a reason for the city of Oakland to be proud of its revitalized downtown urban center. This event also hosted the “Oaktown Throwdown’ which was a KCBS sanctioned bbq contest. A professional and backyard division would do battle and Ms. Goofy and yours truly donned our shiny judges badges for this contest. 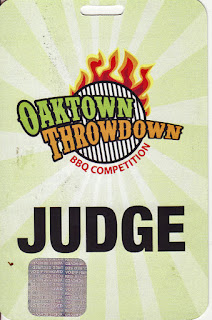 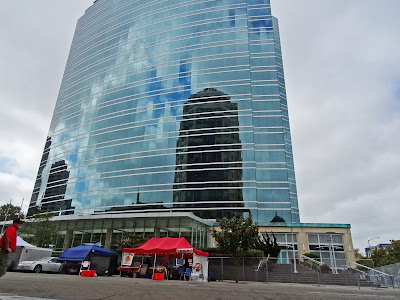 Our judge’s badges included a new credential pictured above. This very official document had a very high tech security hologram. Now, we do not know the actual reason for this addition but we can speculate. There may be a GPS tracking device to monitor all judges every movement. Is it possible a listening device was part of this new security tool? Some judges even suggested it was a way to thwart counterfeit judge’s credentials, because you know that is a problem. This new badge was impressive. 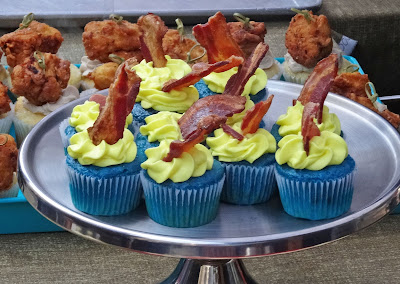 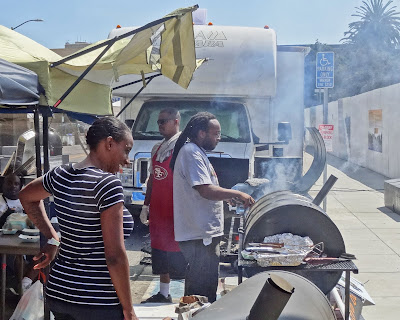 The festival is so much more than bbq. Local artists displayed and sold the toils of their craft. Walking through the grounds was like being in a massive outdoor art studio. A community mural was being painted by anybody that wanted to participate. My favorite form of art was in the culinary booths. Nobody can deny the artistic value of bacon covered cupcakes. A few local bakeries sold some tasty sweet treats. The lines were very long for the bbq booths. There was something to see, do and eat for everyone. 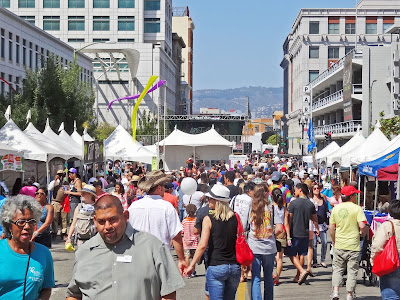 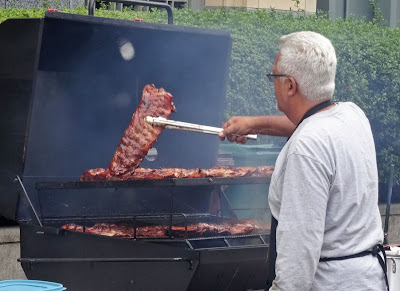 Ms. Goofy and I were here to judge barbeque. We did sample and score some of the best competition bbq on the West Coast. Each contest we judge just seems to get better with the level of great food. We were privileged to have an auxiliary category of desserts today. My favorite was the small individual cheesecakes. Now that is a way to this judge’s sweet tooth. The scores were tabulated and the winners were declared. 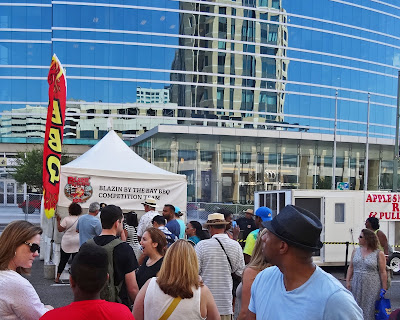 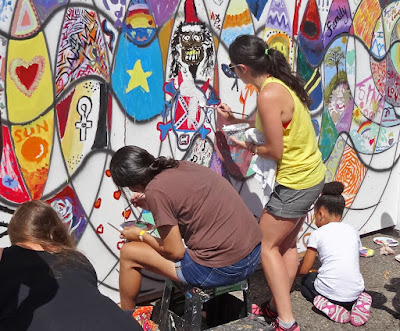 Two of our bbq competition friends took Grand and Reserve Championship. Zack Galiste, former rookie of the year won the title of Grand Champion. This young man is 17 years old and has a long and bright future in the competition world ahead. Scott & Pam Hares of ‘Too Ashamed to Name’ won the prestiges title of ‘Reserve Champion.’ This was a day to be proud, for Oakland and all who participated in the Oaktown Throwdown. What fun! 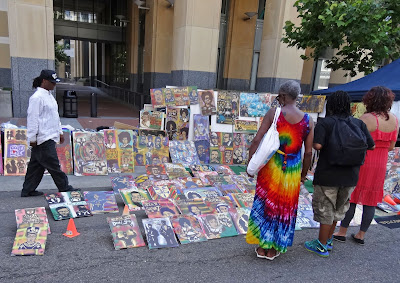 Posted by Chilebrown at 7:11 AM

I saw that Son of Smoke won yesterday. Tuffy and Myron have their hands full. Can't wait to see him on Pitmasters soon...

Three Dogs BBQ, Zach has a long bright future ahead. Did you get a chance to watch episode 3 of Chopped the bbq series. Donna Fong competed from Butchers Daughter. We teamed up with her to win a Grand Championship when we competed. I love to say that.

That is impressive to win at 17.

Big Dude, We have known Zack and his parents for several years now. It is pretty awesome that he is maturing into an award winning competitor.

Aaron, I wish we had stuck around. I know we would have enjoyed the awards ceremony. We did walk around for awhile and enjoyed the festival. I ate all my desserts and most likely got one of those perfect desserts. Good Stuff.

I have DVR'd the Chopped episodes. I need to find time to binge watch...