Our conclusion of the 2015 competitive bbq season is here. Today we travel to Spartan Stadium in San Jose. Spartan Stadium is located on the San Jose State University campus. We are here to judge a rib only contest benefitting the ‘Women’s Softball Team.’ Thirty teams surround the stadium perimeter preparing their finest competition pork ribs for judging by certified bbq judges and yours truly. Of course, we would like to share a couple of images with you. 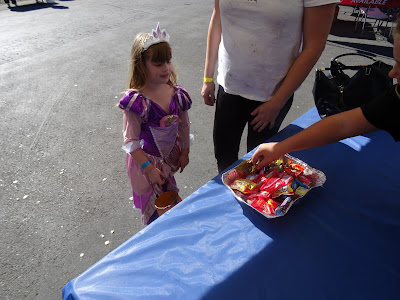 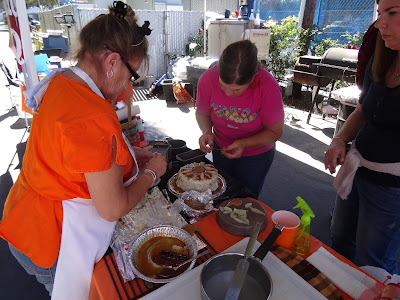 Some of the participants were in costume because today is Halloween. Each booth gave out candy to costumed children. I have to admit that I scored several packages of peanut M&M’s possibly because I was mistaken for the court jester. The festivities were jovial. There were actually two bands, one at each corner of the stadium. There were several booths selling Women’s softball themed items benefiting the softball team. This also included a raffle and silent auction. 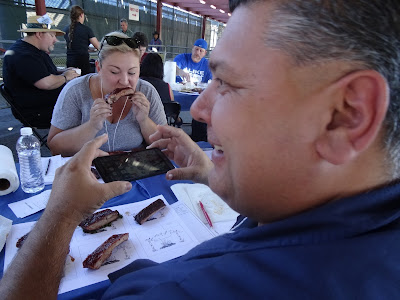 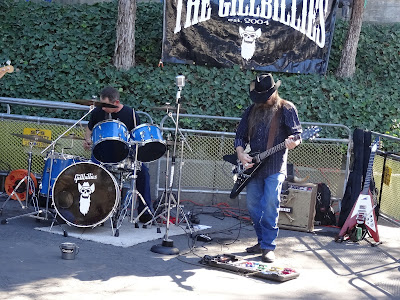 The public was allowed the opportunity to purchase tasting tickets. This was a great way to sample competition bbq ribs. The snack bars were open selling other items to satisfy everyone’s wishes. The Women’s softball team was present volunteering throughout the day. We actually had team members as table captain in the judging booth. 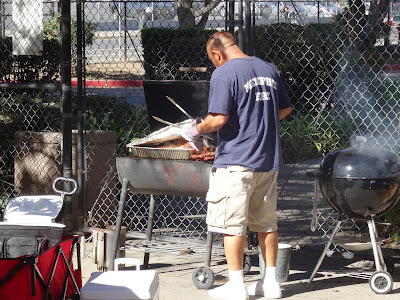 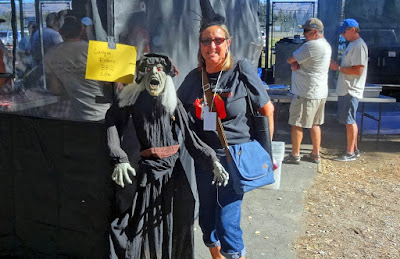 We were able to sample and score some of the best ribs ever today. There were a couple of entries which I will have to say were interesting too. Our friends Dave & Deny Bart of “Barts Blazin Q” were the victors today. This was also a victory for the Womens’s Softball team. This is the end of the season but not the end of bbq adventures. Stay tuned.

Sounds like a good time for a good cause and nice the public could sample them as well - great way to make money from the extras that teams cook.

Mr Brown did you see Spartacus or anyone claiming to be Spartacus? GWH out, from the wilderness

Big Dude, This was a good time. We are looking forward to next years event all ready.

greatwhite hunter, Are you hunkering down for the winter and going into hibernation? Wilderness?