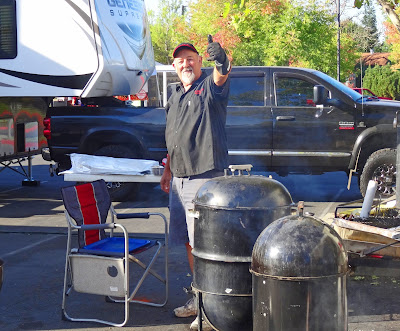 The Racing Honda burned some rubber on the way to Feather Falls Casino to partake in the festivities and bbq competition;"2nd Hot Q's & Cold Brews. This event was a fundraiser for local charities with Feather Falls Casino as the host. This event had a full fledged KCBS sanctioned bbq competition with 61 teams battling for a purse of $31,000. dollars. This large purse brought out a lot of heavy hitters with plenty of bbq cookers and charcoal to do battle. A motorcycle rally  also took place on this fantastic day. We would like to share a couple of images with you. 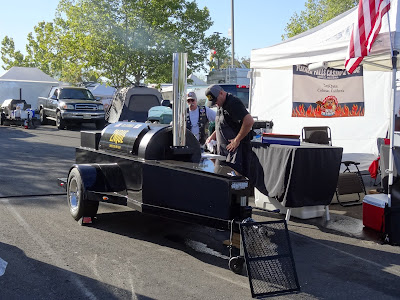 These were some shiny barrel cookers. They are nicknamed "U.D.S" cookers for ugly, drum smokers. This was not the case for these spit and polished beauties. Below is the hugest cooker on the property. They must of had a semi-truck to roll it to the site. I have so much fun checking all of the various cooker used to create championship bbq. 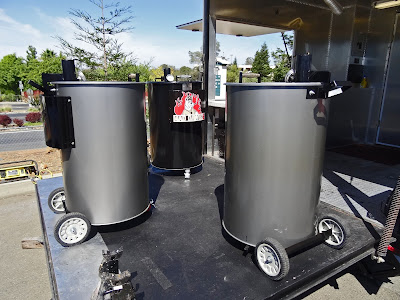 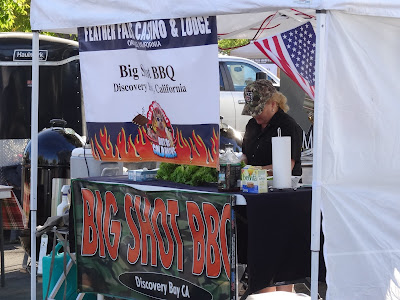 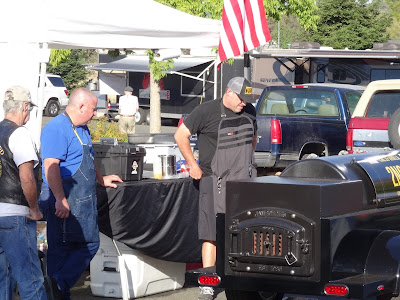 Mother nature was kind to us with a very warm embrace of temperature in the high 80's. It was a good idea to stay hydrated. Feather Falls casino just so happens to have a fantastic micro-brewery on the premise. Ms. Goofy can attest that this was some sudsy nectar of joy.. The live band entertained the guests as they sampled and chose a "Peoples Choice" bbq offering. We had a cool tent for our judging duties. It is a tough job to sample and score such fantastic bbq. We love our job. 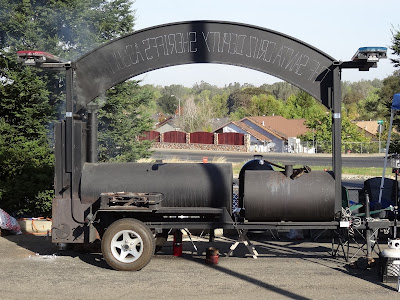 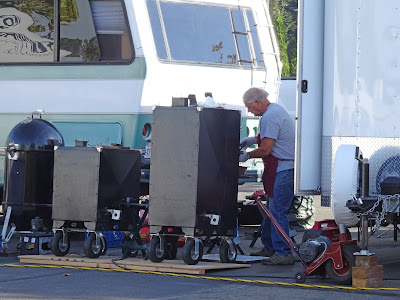 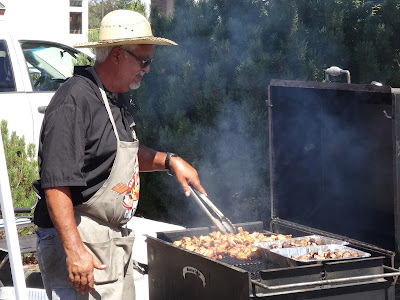 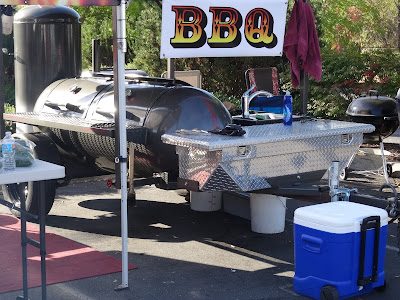 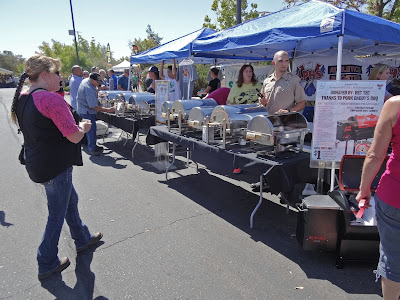 The award ceremony was held and the winners declared. A lot of the teams, judges and festival goers made their way to the casino for some cooling relief. We played some adult games and some people walked away with cash. Even though we sampled some of the best bbq in the nation we still had room to partook of the buffet. This was no ordinary buffet. I had a grilled to order New York steak that was fantastic. Later that evening a "Boston" tribute band entertained. This was a party to remember. 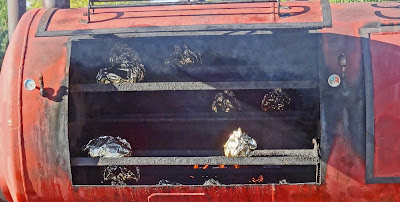 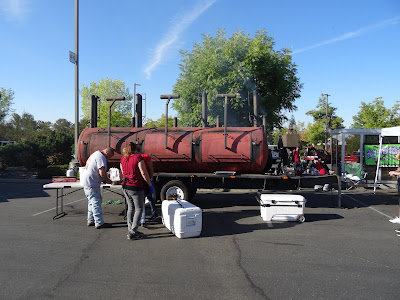 Congratulations to the bba team "Lootin N' Booty BBQ' for winning Grand Champion. Thanks to the Feather Falls Casino for sponsoring this event. They rolled out the red carpet today. I know Feather Falls is a fun place to relax and let your hair down. What a great weekend. 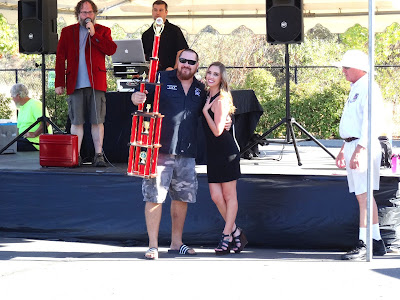 Seems like you and Ms Goofy had a lot of fun. Feels so great to see you carrying out your hobby of bbqing on a regular basis.