3rd ANNUAL SMOKE ON THE RIVER 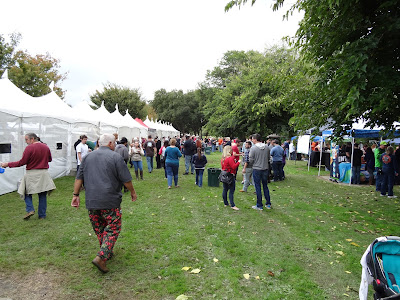 A little rain did not damper the spirits of thirty eight professional bbq competition teams. In fact the rain let up for the judging and most important of all; beer festival. All this activity was to benefit the 'Sacramento Artists Council'. This event was held in a scenic riverside park in our state capital; Sacramento. Ms. Goofy and I had the privilege to judge and partake of the festivities. Put your raincoat away and come enjoy some images. 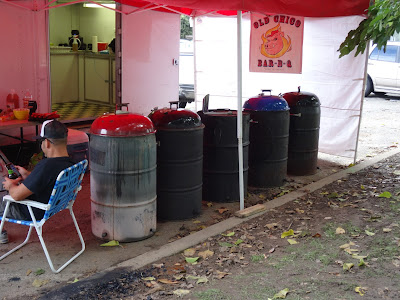 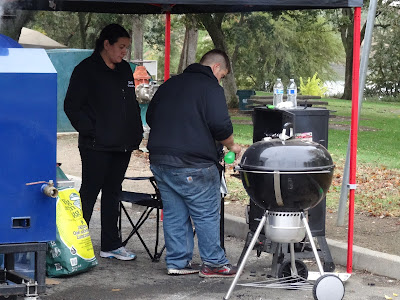 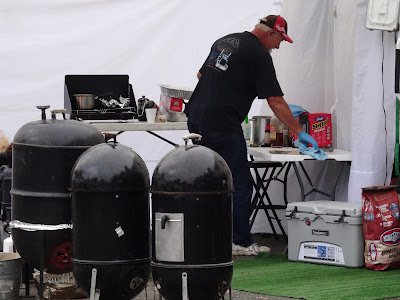 The contest was held at a riverfront park. Fisherman and pleasure boats would occasionally pass by the festival grounds. I do have to mention the weather because it was a factor. The competitors had to brave a steady rain that greeted them Friday afternoon. Canopies, tarps, and motor-homes protected these hardy warriors. The rain did break early Saturday morning just in time for the judges arrival. Mother nature would hold back her wrath till the evening to let the festival goers have semi-dry good time. 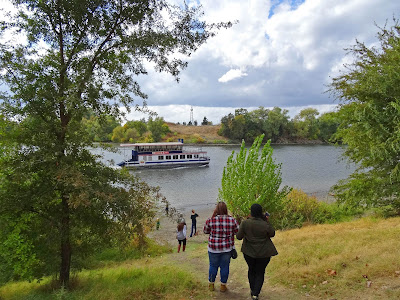 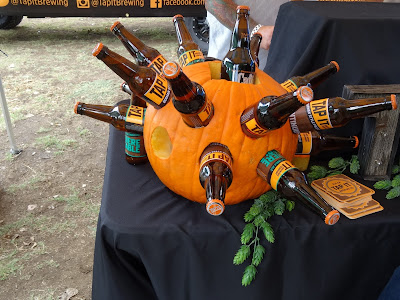 This was a beer and bbq festival. Twenty four micro-breweries were represented today. I liked this image that gave a new meaning to pumpkin beer. Needless to say the festival goer's were in a jovial mood with all this liquid libation. They also got to sample competitive bbq and vote for the 'Peoples Choice' winner. A local wholesaler donated this meat which the competitors cooked for the public. 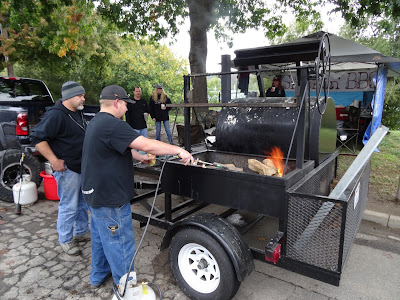 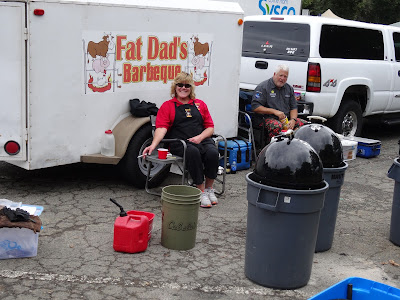 We took our spots in the judging tent. We were dry and ready to judge some of the best barbeque in the nation. We were not disappointed. This was a KCBS four meat competition. We sampled and scored; chicken, ribs, pork and brisket. Barbeque at this level is fantastic. It raises the bar and inspires me to cook better. 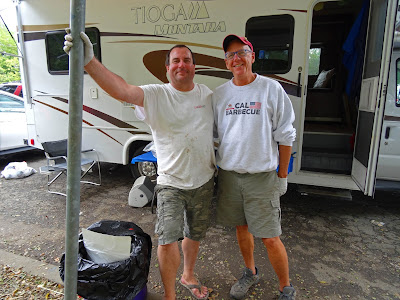 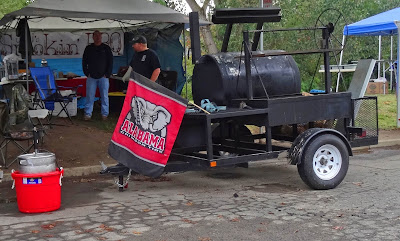 This competition team insisted that I take a shot of their Alabama university flag. I wanted to oblige; 'Go Alabama'. Congratulations to the team of 'Smokey Luv' for winning the Grand Championship. Smokey Luv also received a perfect score of 180 points in the chicken category. This is no easy feat. Each and every one of the six judges at the table scored all 9's for this entry. Wow. This was a fun day. Mother nature showed a brief reprieve that benefited us all. BBQ and Beer all for a good cause; Good times. 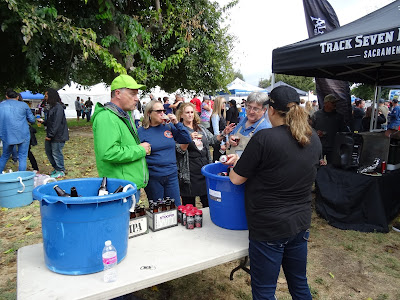 Posted by Chilebrown at 6:56 AM

I hate the chicken category. Just can't get it to hit no matter who's process we use. Blah. I need to judge a few next year to see what's coming through.

Great shots, looks like a fun contest. We're done for the year except for one more in November.

Chris, I have competitors swear up and down about trimming chicken. Smokey Luv with the perfect score has been on a roll recently. Very impressive! We have our last KCBS this Saturday.