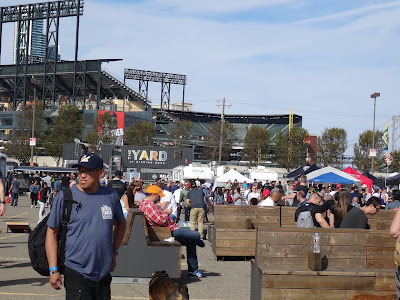 It was our last KCBS bbq contest of the year. We looked forward to it but on the other hand we were a little sad that the San Francisco BBQ Festival would end this year’s competitive bbq season. This was an event that will go down in the history books. Today we were situated in the City by the bay.  We were in the shadows and parking facilities  of the San Francisco Giants stadium The San Francisco BBQ Festival ended the season with an explosion of activity that included a protest, cornhole competition, music, beer, mustard and most important of all; a four meat bbq competition. Of course, we would like to share a few images with you. Fasten your seat-belt  because this will be a wild exciting ride. 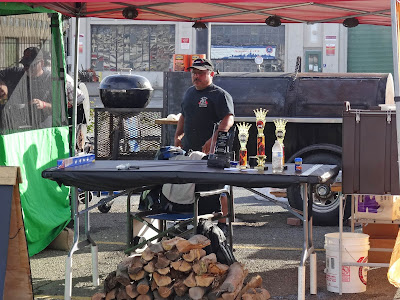 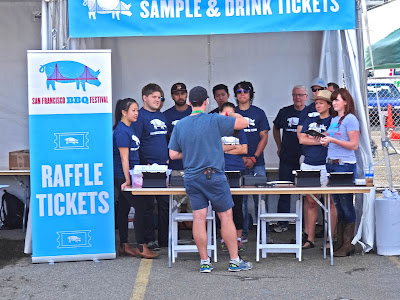 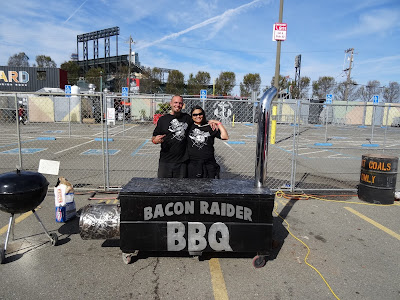 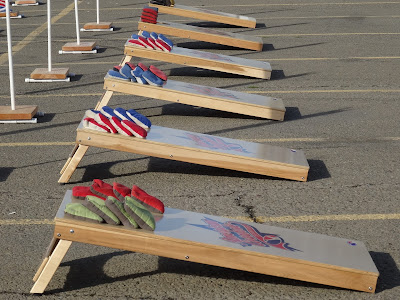 What is cornhole? I do not recommend a Google search because you may be a little shocked or not at the results. Cornhole /Corntoss is a game that consists of tossing a bean bag (bag of dried corn) an exact distance towards a target hole in an elevated wooden ramp. I would compare this toss and game to horseshoes. There is an actual organization that governs and promotes this game; American Cornhole Association. At today’s festival a cornhole tournament was held. Several dozen cornhole lanes were set up on the grounds for this contest. It seemed to be very popular among the participants. 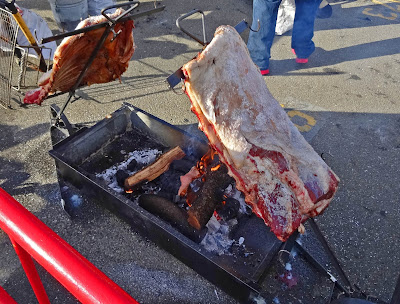 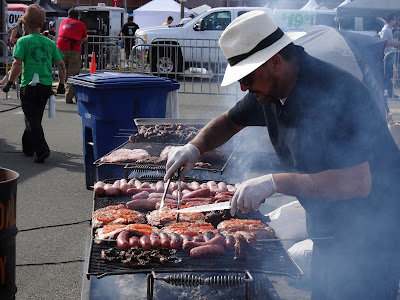 The festive crowd had plenty of activities to be amused. A large selection of craft beers was available to wash down all the tasty bbq. A live band entertained this hungry crowd. My favorite ‘Brown Dog Mustard’ vendor was in the house. Local business had booths promoting their causes. We were in San Francisco and there is just an electrical vibration about. We were joined by a contingent of passionate people that had an agenda they wanted to share. 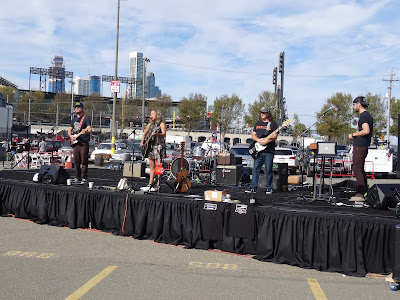 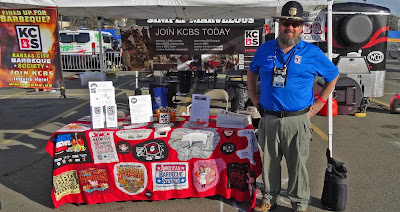 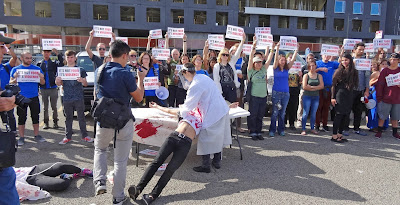 The protest has to be mentioned. I am not sure what group they represented(or care). I will say they were entertaining. I did notice a few protesters wearing Vegan shirts. They stormed the gates and paraded the grounds. They chanted. “It’s not food, it’s Violence”. They milled around and entertained us carnivores with their chants until they were escorted off the premise by security. Outside they were greeted by S.F. police who allowed them to continue their nonsense. Are you ready for this? They staged a mock animal slaying. A protestor dressed in white was put on a table and slaughtered by a plastic cleaver. The protestor screamed in agony while fake blood squirted everywhere. This was exciting. Only in San Francisco can you expect entertainment like this. 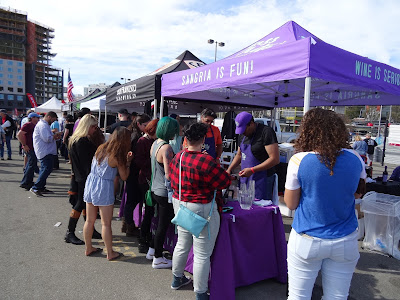 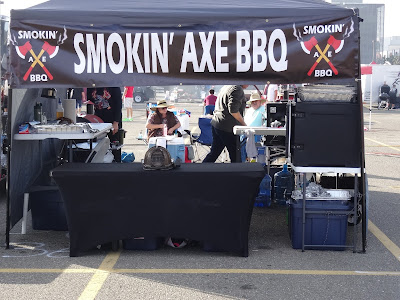 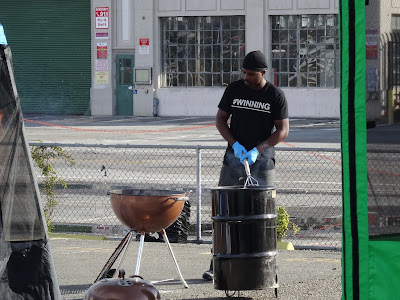 This was a barbeque contest. Ms. Goofy and I got to sample and judge some spectacular meat entries. Thirty eight teams were on the playing field today. Our friends Scott & Pam from the team “Too Ashamed to Name” won Reserve Grand Champion. Congratulations to ‘Ridge Route Boys’ bbq team for winning the Grand Championship. What a day. This was the icing on the cake for the 2016 KCBS competitive season.

Posted by Chilebrown at 6:43 AM

Thanks for the protest pics- we missed it in the tent but had a good laugh at the noise.

Aaron, I am sorry you missed the mayhem. The highlight of the protest was watching Scott Hares and Pat Burke run through the ranks of protesters giggling like a couple of school girls. Good times.

I'm not sure I can ever go back to any other place, after an experience like this. This place is appropriate in a space that lends so much gravitas to events. The design of San Francisco event venues is sharp and environment is unbelievably good.