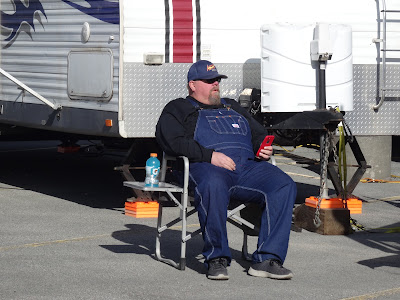 Welcome to the 2017 competitive barbeque season. Our first stop is the Sam's Club in Reno, Nevada for a qualifying round of the Sam's Club National BBQ Tour. We had to winterize the Racing Honda for possible snow on our journey. Our idea of winterizing is to leave a day early and avoid the forecast of snow flurries. It did rain on Friday of the contest but the skies parted to create a beautiful crisp Saturday full of bbq bliss. It also was a wonderful time reconnecting with our friends in the bbq community. 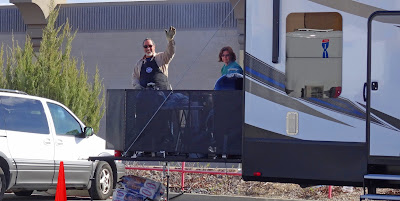 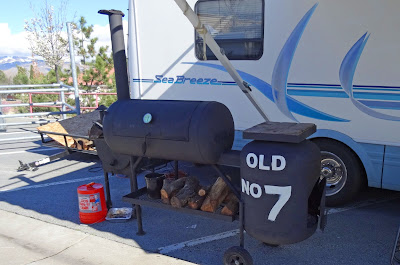 Thirty teams brought out the heavy arsenal to qualify for the next round in this national contest. We noticed quit a few  R.V.s protecting the competitors from the elements. The cooks had their game faces on today because of the high stakes involved of 500,000 dollars. Ms. Goofy and I polished our judging badges because we were ready to sample and score some of the best bbq in the nation. 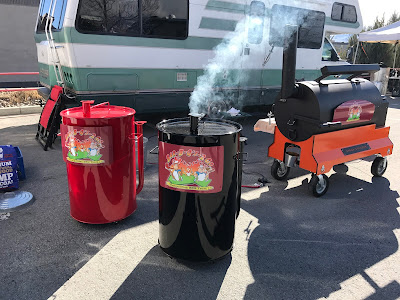 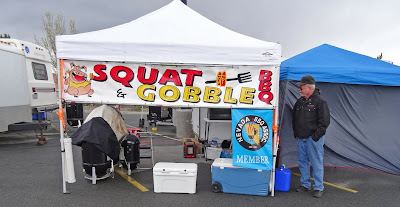 After our judging duties were completed we got to visit with some of the cooks. We had a little time to spare before the award ceremony. As you may see these two families were very happy to learn that they qualified for the next round to be held in Las Vegas. 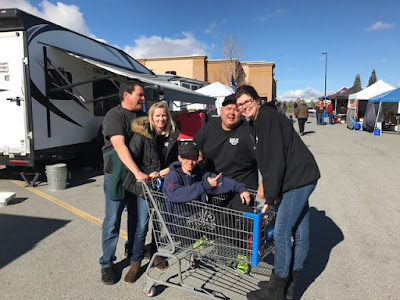 Congratulations to "Loot N' Booty" for winning the Grand Championship. This was a wonderful way to start out the 2017 competitive bbq season. In closing, I did want to leave you with this thought; Man does not live on bbq alone. (Harrah's Steakhouse) 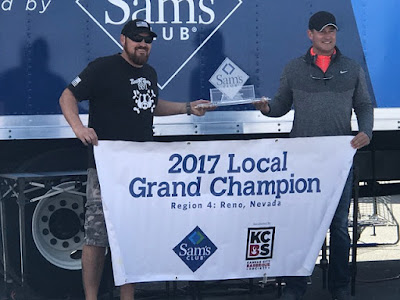 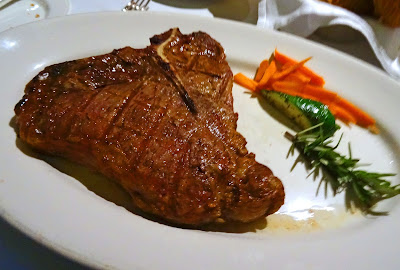 Posted by Chilebrown at 1:52 PM