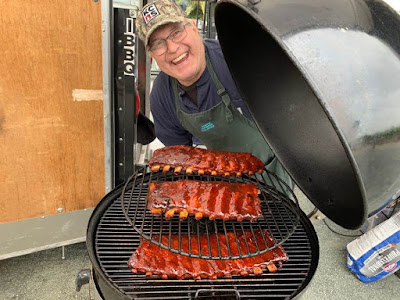 Are you ready for some bbq ribs, chili wine and country music by Coffey Anderson?. We were more than ready to sample and score bbq ribs at this fund raiser for the American Cancer Society at the beautiful Petersen Vineyards. Mother Nature also wanted to get involved and came down with lots of rain to show who is boss. We would like to share some fairly dry images with you. 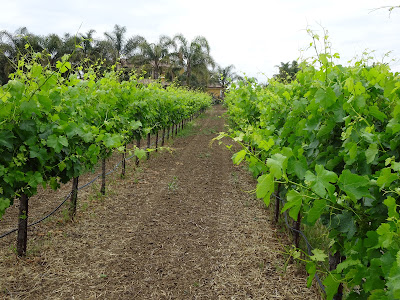 The Petersen Vineyards is located in the small sleepy urban/farming community of Knightsen Ca.. There are a lot of houses being built in this once rural area. Today we had seven barbeque teams set up right on the outskirts of the vineyard. They cooked plenty of ribs for the event go'ers and also cooked some competition ribs. I know one team cooked two separate batches of ribs; one for the public and at least 6 ribs for the judges. 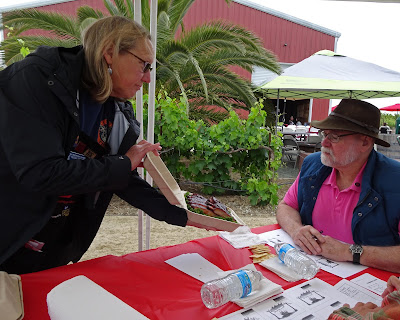 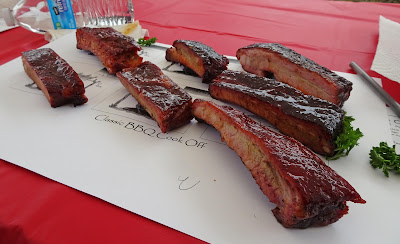 The rain held off till around noon time. We got to judge the rib round before the rain. We were in a open tent that was exposed to the elements. The chili judging started at noon. We huddled in the center of the tent in between the dripping leaking small judging venue. This was challenging but we rose to the occasion and picked a chili winner. 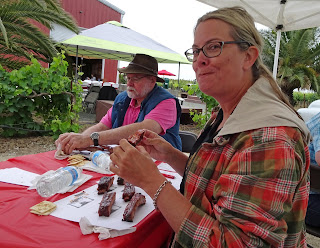 There was a indoor wine tasting area. Later that afternoon a country singer Toby Anderson played some music. We did not stick around and pretty much left after the soggy chili judging. The Petersen Vineyard was a beautiful venue for a fundraiser. It is a shame that mother nature had other plans. Bravo for the attendees, competitors and the fair weather judges who did attend. We did not get a chance to play Bocce  ball but hope to next year. 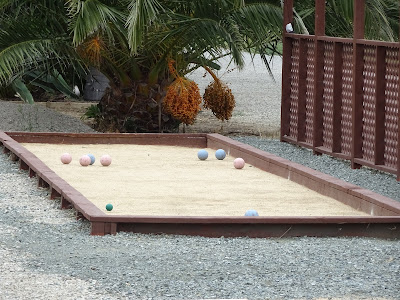 Posted by Chilebrown at 6:28 AM