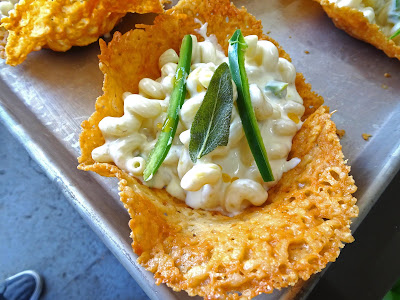 Barbeque competitors have a need to participate in culinary contests. A lot of bbq competitors compete in other food related challenges such as chili and Mac & Cheese. Today we are in Oakland California observing two barbeque friends, Ben & Joe, competing in a Mac & Cheese contest at the restaurant Homeroom.This was a small contest but when a trophy, cash and bragging rights the stakes are high. Let's take a look. 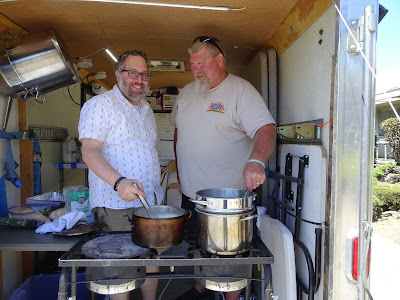 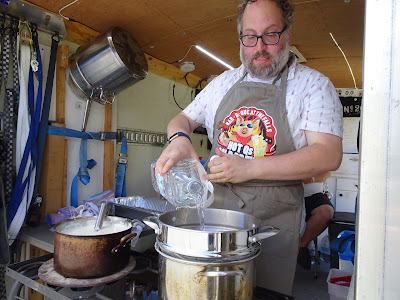 Homeroom is a very popular restaurant whose specialty is Mac & Cheese. It also happens to be the beginning of Mac & Cheese week. (I did not now there was a Mac & Cheese week). The judging would be held on the sidewalk outside of the Homeroom restaurant. Space was tight and one had to be creative on cooking ones entry. Ben & Joe got to the event early and grabbed two coveted parking spots a block away. They parked a trailer that they normally use in barbeque competition. This trailer is a complete kitchen. They were prepared. 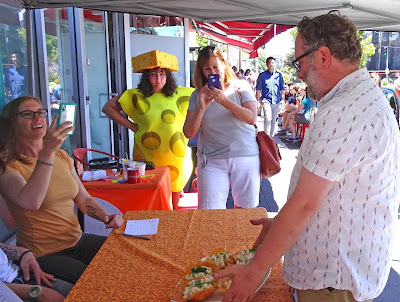 Ben & Joe made an entry that was very unique. It had white cheddar and other cheeses sauce with a smattering of tiny cubes of jalapeno mixed throughout. It was garnished with a chile oil , fried sage, and fresh jalapeno slivers. This was served in an edible bowl of crisp Parmesan cheese. It was delicious . This entry was served piping hot because it was made right there. This definitely was  a game changer.  It also caught the judges attention and won first place. 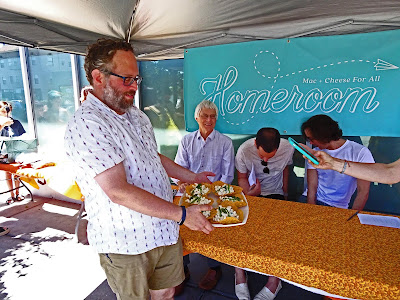 Congratulations to Ben & Joe. This was a contest the fell outside the blue box. It was a lot of fun.

Big Dude, The cheese bowl adds another element of crunch and savory. It was very clever and won the judges over. Winner, Winner Mac & Cheese Dinner.