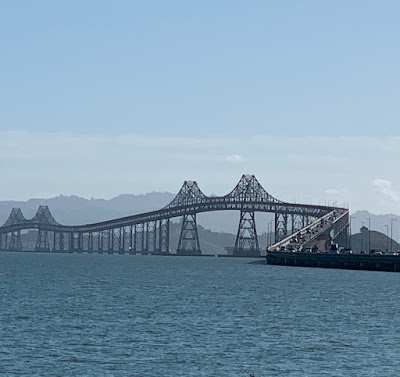 It was a beautiful day to ride the newly opened Richmond San Rafael bridge bike lane. This controversial bike lane has been in the planing stage for many years. At great cost and to the ire of angry car commuters this lane has finally opened. The bridge begins in Richmond at the Chevron refinery and ends at the famous San Quentin prison. It is a windy, exposed, 10 ft wide path, that climbs and descends, five miles long,  right next to the traffic lane, path.With all that said, I wanted to experience this ride. 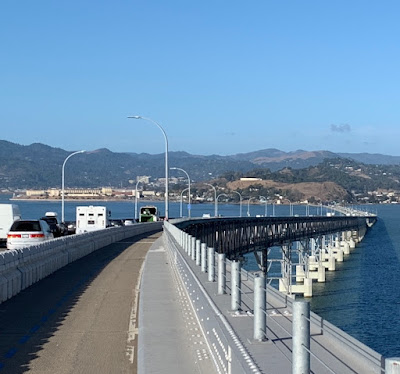 The ride was spectacular. At times I went faster than the commute traffic. It was breezy but being high above the bay made for some spectacular views. You definitely worked up an appetite pedaling this mighty span. 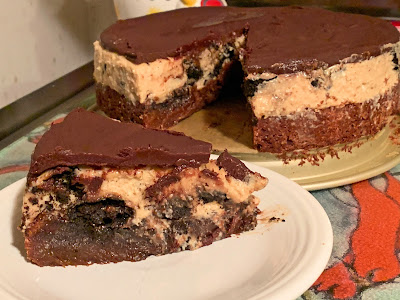 Ms. Goofy may be the best wife ever. When I arrived home she had a Peanut butter, Oreo cookie, chocolate, and brownie bottomed cheesecake ready for enjoyment. It was a good day.
Posted by Chilebrown at 6:29 AM