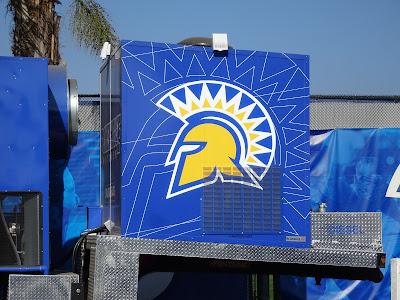 A fundraiser for the San Jose State University Women's Softball brought us out to judge our last bbq competition of the year.The weather could not of been nicer. The temperature was in the low 70's which made for a great atmosphere for bbq fun. We would like to share a few images with you. 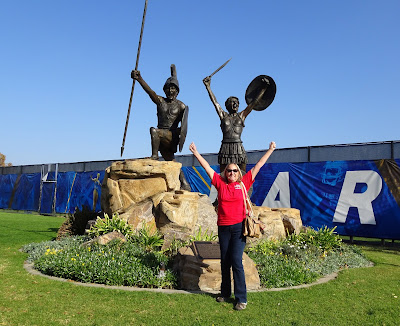 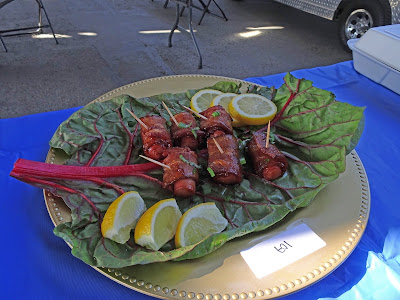 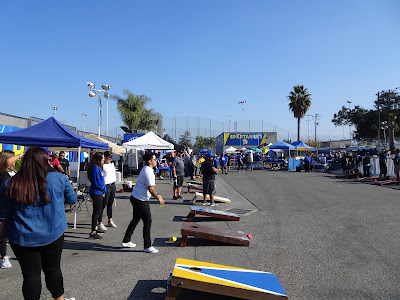 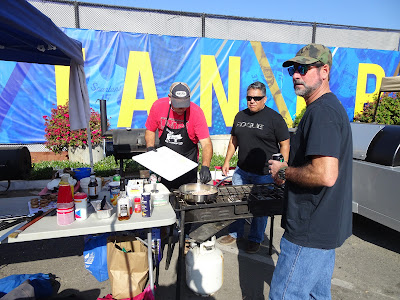 Today's competition was three categories of pork ribs, tri-tip and the mystery meat. The mystery meat was an unusual meat of canned Vienna Sausage. This challenged the cooks to take a fancy titled hot dog and wow the judges. I do admit they did a pretty impressive job. One cook made a pastry crusted pot pie. We had tacos , jalapeno poppers, fried and numerous creative renditions of this pedestrian meat selection. 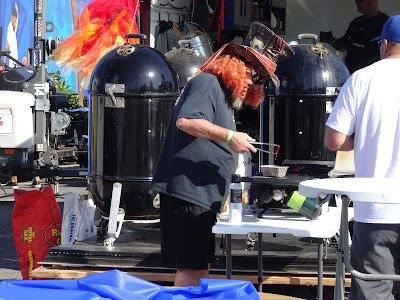 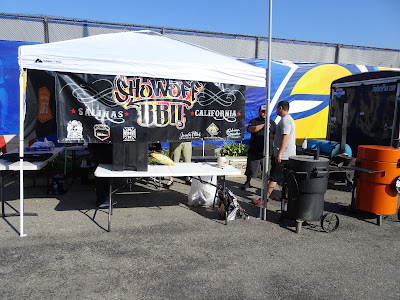 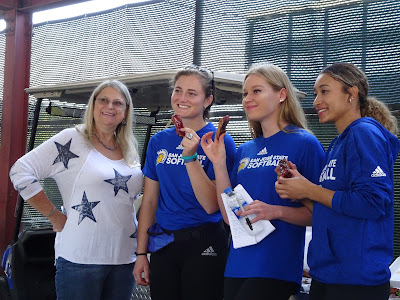 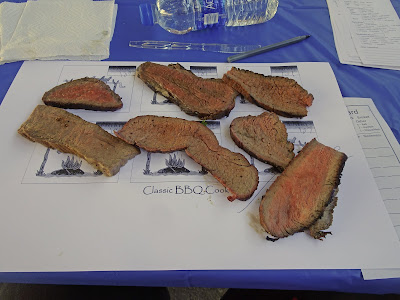 The latest trend is the cornhole competition. It seems this sport (?) has been showing up at numerous events. When we entered the event we had to maneuver around bean bag tossing players. When we left five hours later the contest was still in full swing. It actually looks like fun but I would have to set my rib down to toss, or would I? 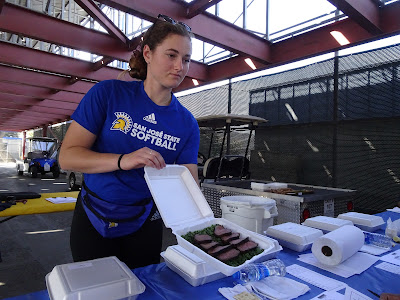 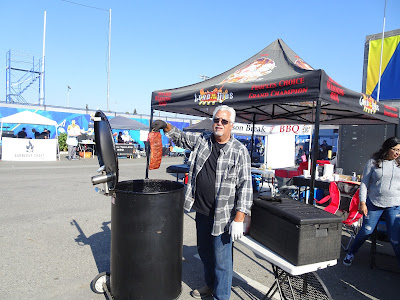 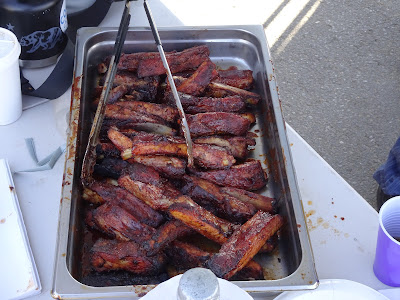 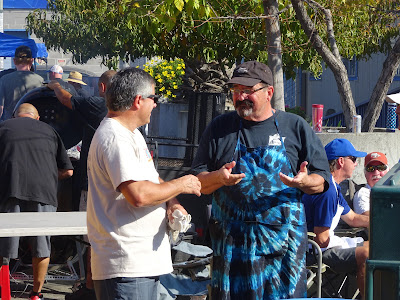 The public had an opportunity to purchase bbq foods to support the Women's Softball. Women in their uniforms helped serve the public. There also was a silent auction benefiting the team. This was a fun cause that we were happy to help out with. Of course we do love to judge bbq. 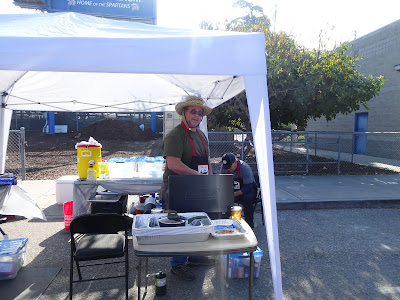 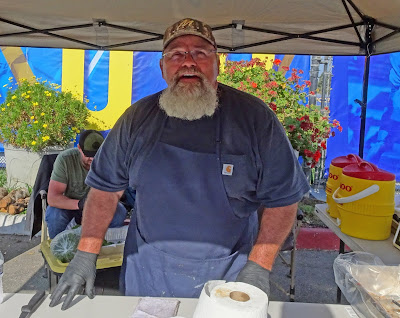 Today was a bitter sweet bbq contest. It is always a little sad knowing it it the last bbq contest of the year but the turn around will be short. We have a contest scheduled in January. We had a blast today and had fun helping the Women's Softball team.
Posted by Chilebrown at 6:33 AM