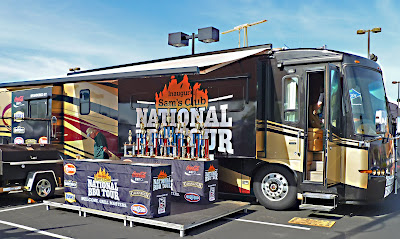 The ‘Sam’s Club National BBQ Tour’ bus rolled into Sacramento, California this weekend to have a BBQ contest. This was a gathering of 30 competition barbeque teams battling for a spot to move on to the next round of competition to be held in Las Vegas. Competitions will be held in Sam’s Club’s parking lots around the country qualifying other teams for the championship round. The grand championship round will be held in Bentonville, Arkansas in October. This weekend Ms. Goofy, Dr. Biggles and yours truly donned our judge’s badges and bellied up to the butcher block for judging duties. It was a beautiful sunny day to host this battle royale. 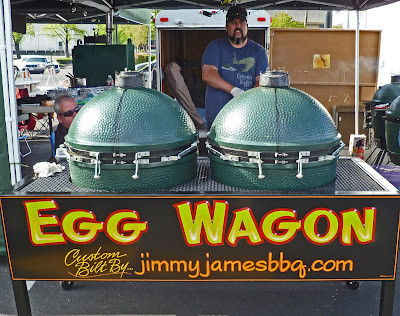 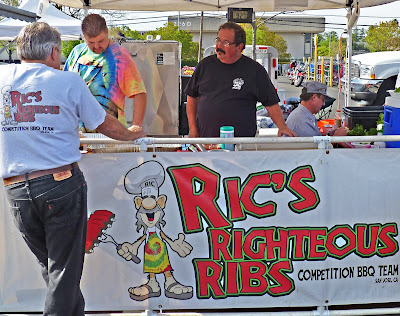 The public witnessed bbq cooking by serious competitors and watched demonstrations put on by the promoters. Samples were then offered for tasting. We were hunkered down in our judging tent, sampling and scoring the barbeque at its best. Judging championship barbeque is serious business but it never ceases to amaze me how tasty barbeque can be. Today four meat categories were judged; chicken, pork ribs, pork and brisket. 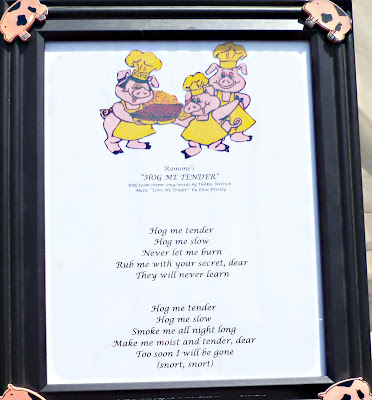 Click to Enlarge
Congratulations to the team ‘Big B’s Down & Dirty’ for winning the Grand championship and a 1,000 dollar purse. This team and seven others will go on to the next round in Las Vegas. The sponsor Sam’s Club is probably grinning ear to ear with the public turn out to witness this event. We are smiling because of all the great BBQ we consumed and judged. 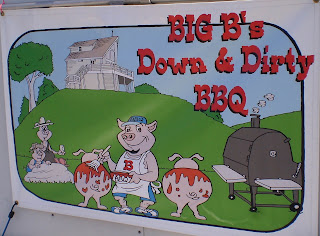 That just sounds like heaven for you three! Fun stuff.

A whole bunch of hard work goes into these events. Sometimes work is fun.

Zoomie, Maybee you can leave the Iron Triangle and join us some weekend.

Greg, The competitors do a lot of work, time, money and love. The Love does not really pay in money. It is fun and tasty thing to do.

I bet that egg wagon made you cry.

Cookiecrumb, No, but the next post did tear me up and I want to cry.

We aren't getting a KCBS event this year sadly. I'm hoping to hop over to the Jack.

Chris, I knew those eggs would grab your attention.