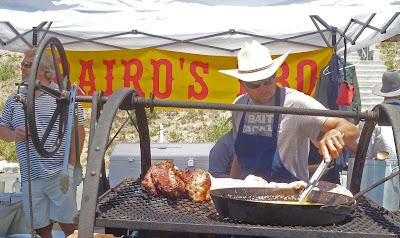 "Who Loves Not Women, Wine And Song Remains A Fool His Whole Life Long".... Martin Luther

So the saying goes, and barbeque was included this Saturday at the '3rd Annual Wine Country Big Q Championships' held in Santa Rosa, California. It was a beautiful sunny day to have a barbeque competition. A KCBS four meat competition with two auxiliary categories of lamb ribs and sirloin steak was held. This event held at the Sonoma Academy was so much more than just a smoke and meat fest. It was a fundraiser for "The Children s Museum of Sonoma County" Local vitners showcased award winning wines and their culinary skills. 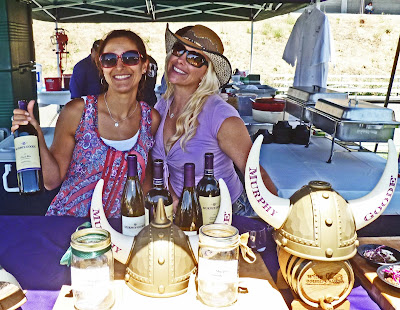 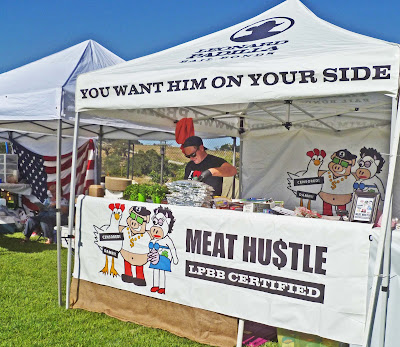 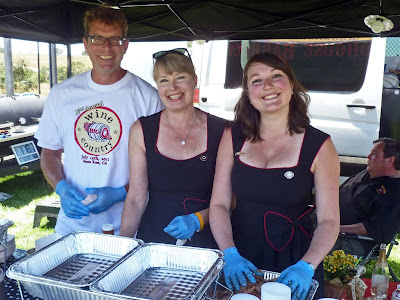 The public was treated to a  barbeque extravaganza. The local wineries cooked Tri-tip and accompanied it with their best wines. Wineries competed to win the "Bold Bean Challenge" by offering tasty side dishes. The competition teams offered samples of brisket, chicken, ribs and pork shoulder. After eating and drinking all of these tasty treats dessert is in order. Here comes my favorite part: There was a 'Bakin for Bacon' dessert contest. 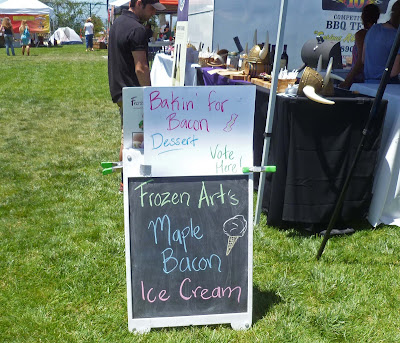 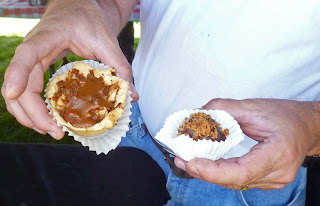 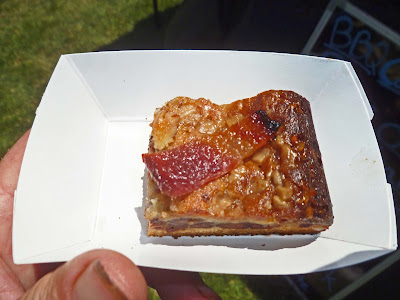 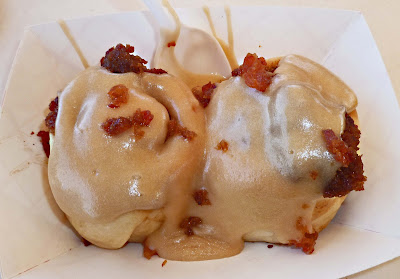 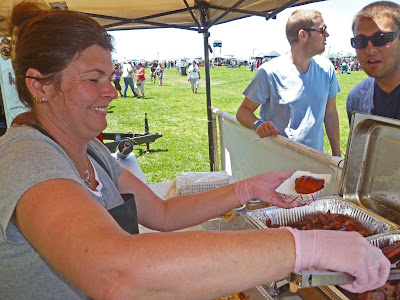 Yvonne Sousa is serving up award winning bbq while Donna Fong is showing off her delicious sea salt dusted chocolate covered thick bacon on a stick. Bacon smores, ice cream, blonde brownies, and so many more bacon studded treats had me in a twitter One of ours, and crowd favorite was 'Bacon Cinnamon Rolls with a Bourbon Maple Glaze' offered by the bbq team "Pork Dynasty". After judging, and all of these treats this Mad Meat Genius was bursting at the seams. 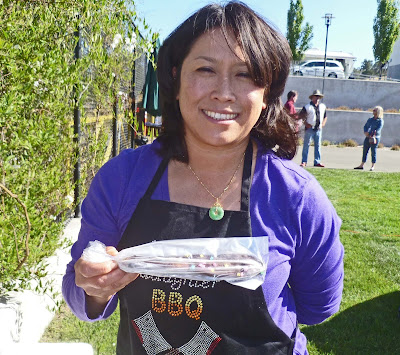 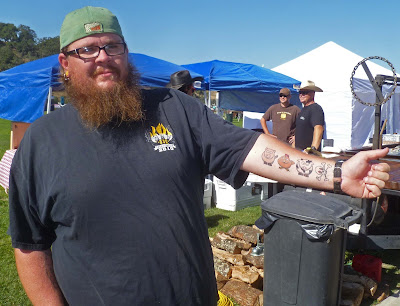 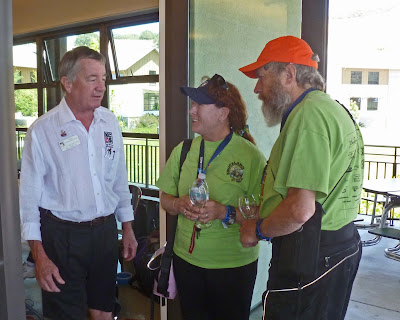 This is a popular event for the public and judges. This couple talking to Kelley (KCBS Official) drove their motorcycles all the way from Arkansas. They also made the journey in two days. Now that is dedication. We all had fun on this festive day. I would like to congratulate the Grand Champion team; "The Pit Crew BBQ'. See you soon! 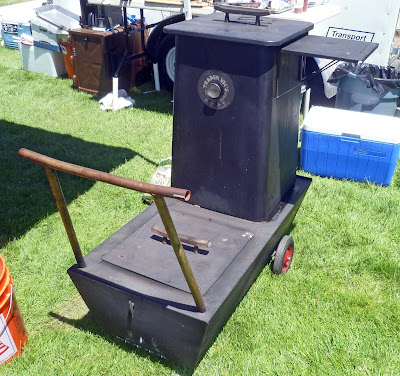 Posted by Chilebrown at 6:50 AM

Looks like a bacony good time Chilebrown. We are really going to try and come out next year to judge. Hope and I even came up with a plan yesterday. We are also looking forward to judging our first event next week. The All American BBQ Festival in Warren, PA

Three Dogs BBQ, That sounds great. We are looking forward to your visit. Be sure to watch the KCBS site next year and get your application in early. This is a popular event.
Have fun next week. Pace yourself so it does not become overwhelming.

Bacon! It looks like a good time was had by all.

Greg, Bacon desserts made my day. OH and great bbq too. Good times.

Zoomie, You better be careful that next time may come someday.

What a nice post, CB. I enjoyed it, and the cheerful photos.
xx

'Cept for that one guy with the tattoos who looks like there are small humans growing out of his arm.

Thanks again for the wonderful descriptions and memories of the event that I seem to always miss! Another fun year in Santa Rosa at the Wine Country Big Q.

cookiecrumb, That is our friend Jon. He has ink that is very cool. My mom would kill me if I got a tat.

Tracy, Another great weekend. You got to see a good game yesterday. See you Sunday in Hang Town. I will try to stay out of trouble.