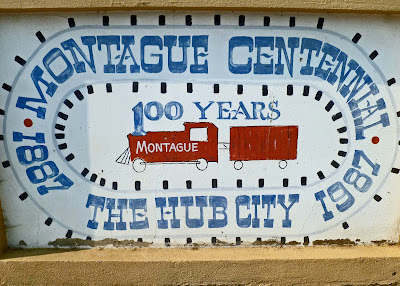 Fun, Food and Friends is a great combination to have a spectacular weekend. This equation was held at the “2nd Annual Siskyou Beef Country Cook-off’ in historical Montague California. The ‘Rotary Club’ once again rolled out the ‘Red Carpet’ for everybody involved. Twenty five Professional teams and 5 ‘Backyard teams held battle in a BBQ competition to win the coveted trophy. It was a warm one. The thermometer wanted to break the century mark. In the evening we were treated to some spectacular light shows by the electrically charged skies. 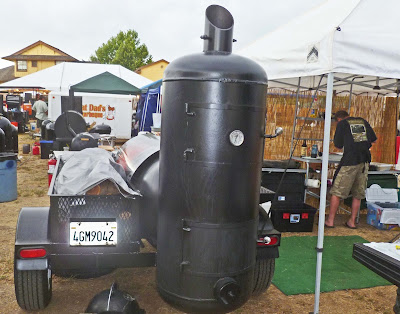 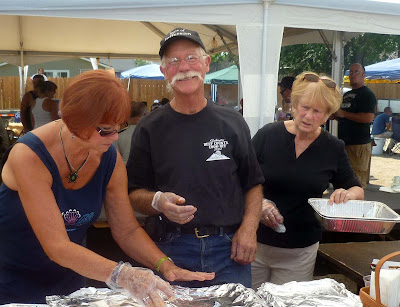 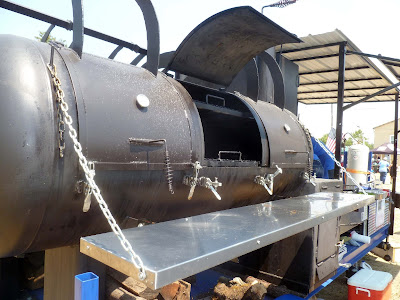 It was Friday evening and the teams were rolling in. Montague has a small town warmth and charm. The ‘Rotary Club’ held a delicious Tri-tip dinner to welcome us all. We were entertained by local musicians. It does not get any better than this. Dinner was done and it was time to cook. The teams cut, chopped and seasoned their competition meats. Proper prepping can determine a champion.  Brisket and pork shoulder can take up to 12 hours to cook. The fire will need to be watched and tended too.  It would be a long night for some. Ms. Goofy and I hunkered down in our plush, swanky hotel. We would need a good nights rest to judge some of the best BBQ in the nation. 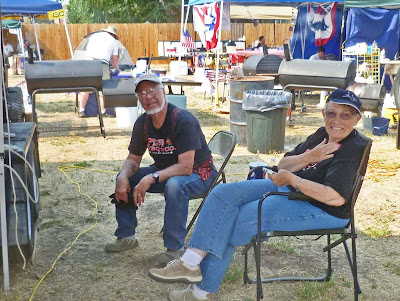 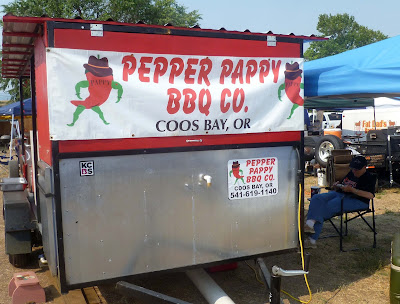 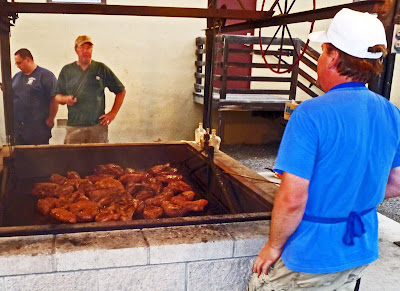 It was judgment day. We were not disappointed. It is always a pleasure and treat to sample and score great BBQ.  We want to point out a unique and fun way one team prepared their meat entries. Team Belcampo cooked their meat in dutch ovens and a salt crust oven. A heritage breed pig was seasoned and encrusted in salt. A special rack that had a wood fire on top and bottom provided heat to bake this salt covered pig. The brisket and chicken was cooked in Dutch ovens. Belcampo used some high quality meat from their farms. We got to taste some of this heritage breed pork. Wow! Ms. Goofy used the word ‘porky’. It had a taste that was rich and flavorful. Even though this pork had such a great flavor it did not score highly. Tean Belcampo had some problems with KCBS entry rules. It should be interesting if in the future Heritage meats will be a dominating factor in KCBS contests. 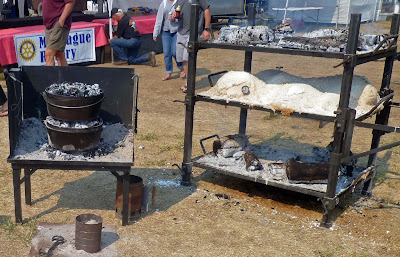 This was another great weekend of Fun, Food and Friends. Congratulations to the team of “IAB 30” for winning Grand Champion. Thanks to John Hammond and the Rotary Club for a great event. We cannot wait for next year’s contest.. 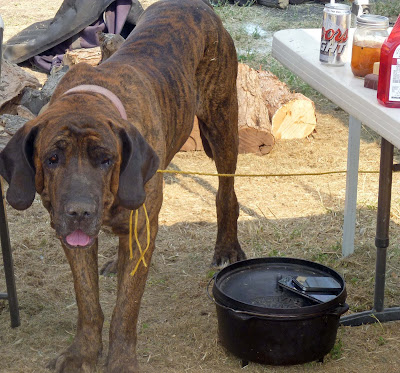 Posted by Chilebrown at 2:18 PM

"It should be interesting if in the future Heritage meats will be a dominating factor in KCBS contests."

I've talked to one championship team that uses Berkshire or Duroc pork whenever possible. Some times the shipment doesn't arrive in time, and they have to resort to using what's locally available. Their experience is that the heritage pork gives them at least a 10% advantage in points.

Melanie, I have heard percentage point advantages using Kobe brisket too. When Harry Stewart cooked us Kobe v Blank Angus it was pretty close. We sure liked Belcampo's pork.

P.S. I just baked a peach pie but not with a bacon weave. next time?

We've been liking beef from Belcampo a lot. Now, on to their pork! Thanks for the nudge.

We enjoyed the Belcampo restaurant at Larkspur Landing, but it sounds like they need a little more experience to compete successfully.

cookiecrumb, We bought some very good bacon from Belcampo when they first opened. They were still tinkering with the recipe. Maybe we will see you there.

Zoomie, We would love to see more of Team Belcampo I am not sure if Belcampo will be competing a lot. This event was local to their farm and new processing plant.

That big silver smoker looks like a submarine! Is that a barbecue guard dog?

Greg, That was a very big bbq. That was Belcampos friendly mascot hoping for some of the brisket in that dutch oven.

We have thought about using heritage meats for competition. But, until we max out our stores with our local butcher, we just can't justify the price. When we find that plateau, then we just might splurge...

Three Dogs BBQ, There is always the factor of money. Heritage meat is expensive. It is not always available too. My bourbon, bacon peach beans turned out great.

Glad you liked the beans Chilebrown.