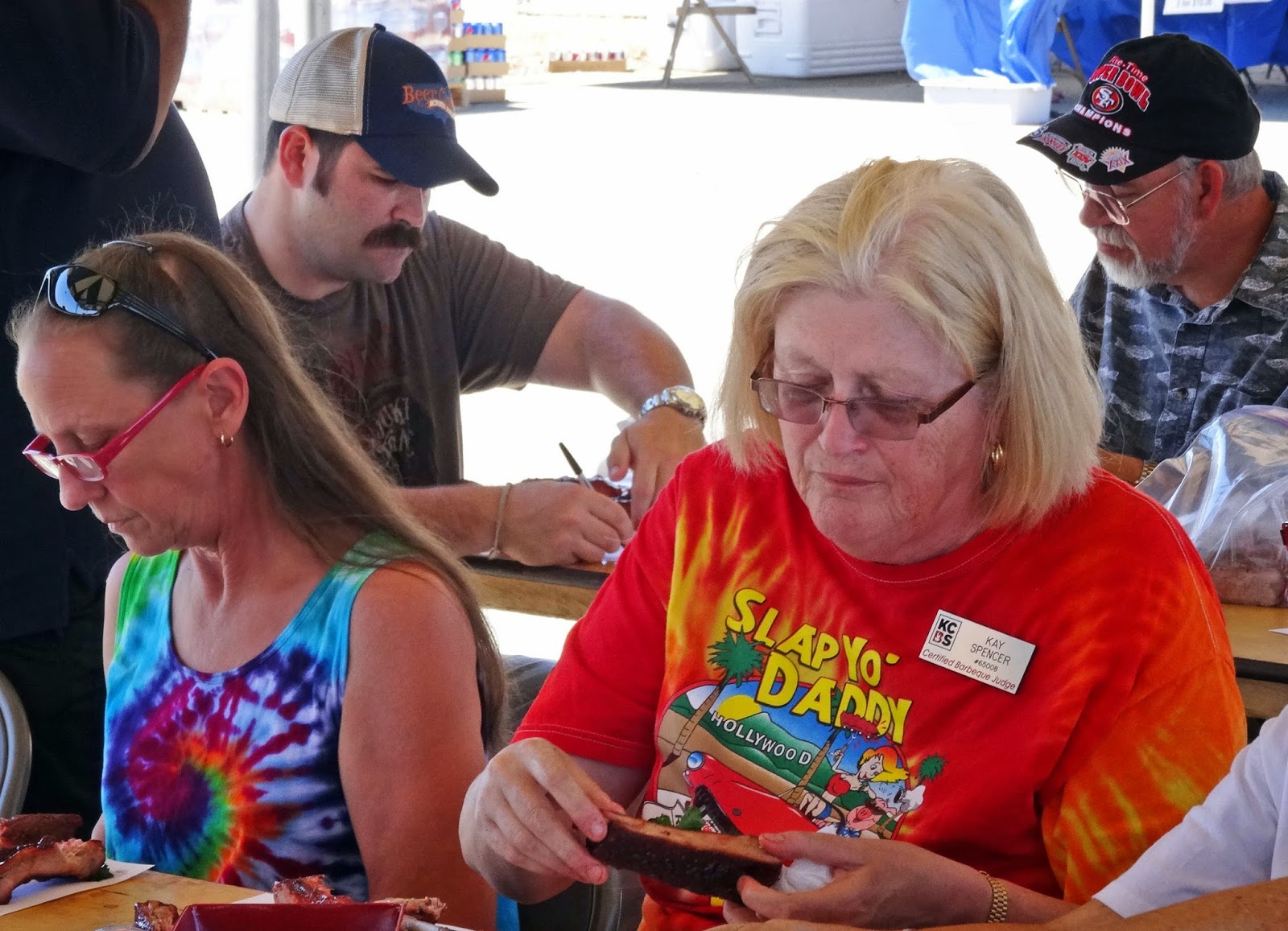 It was so hot that; (insert punchline here) Oh boy, was it a scorcher for the third round of the North State BBQ Championship. The temperature was attempting to break the century mark yesterday. If you could find shade it was prudent to stay put. The judges tent was open aired and we had a very large fan but it was still a challenge. We acclimated the best we could and were rewarded with some great bbq to sample and score. Chicken, Tri-tip and pork ribs was on the menu today. 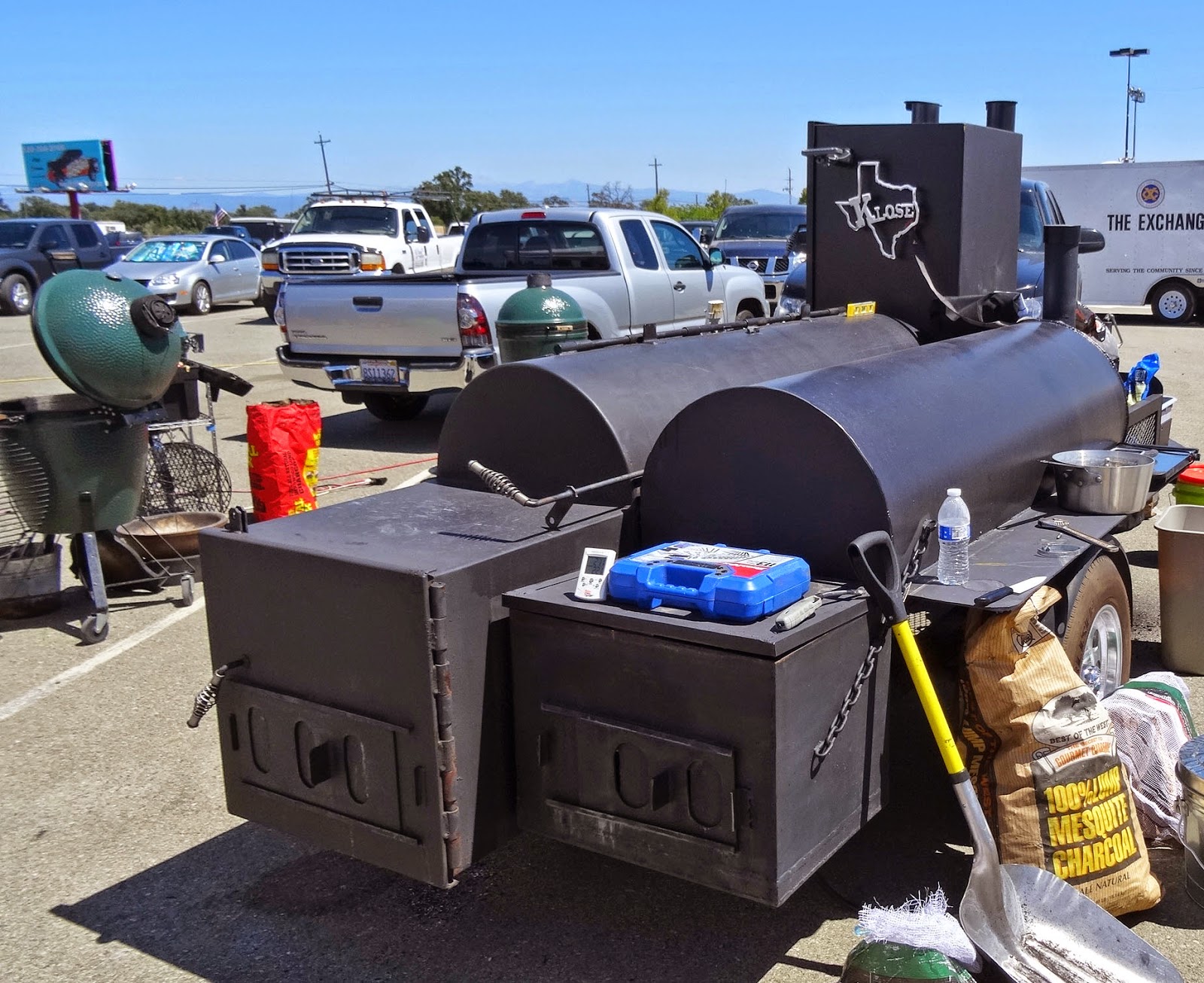 This 'Klose' smoker rig definitely caught my attention. This is the Cadillac of 'stick burners. A stick burner is a bbq rig that is fueled by wood. This may be bbq in its purest form. You may notice how small and insignificant the Big Green Egg looks next to this beautiful smoker.(I apologize if I offended any BGE fans). Someday, maybe, I can dream you know, I may own a Klose. 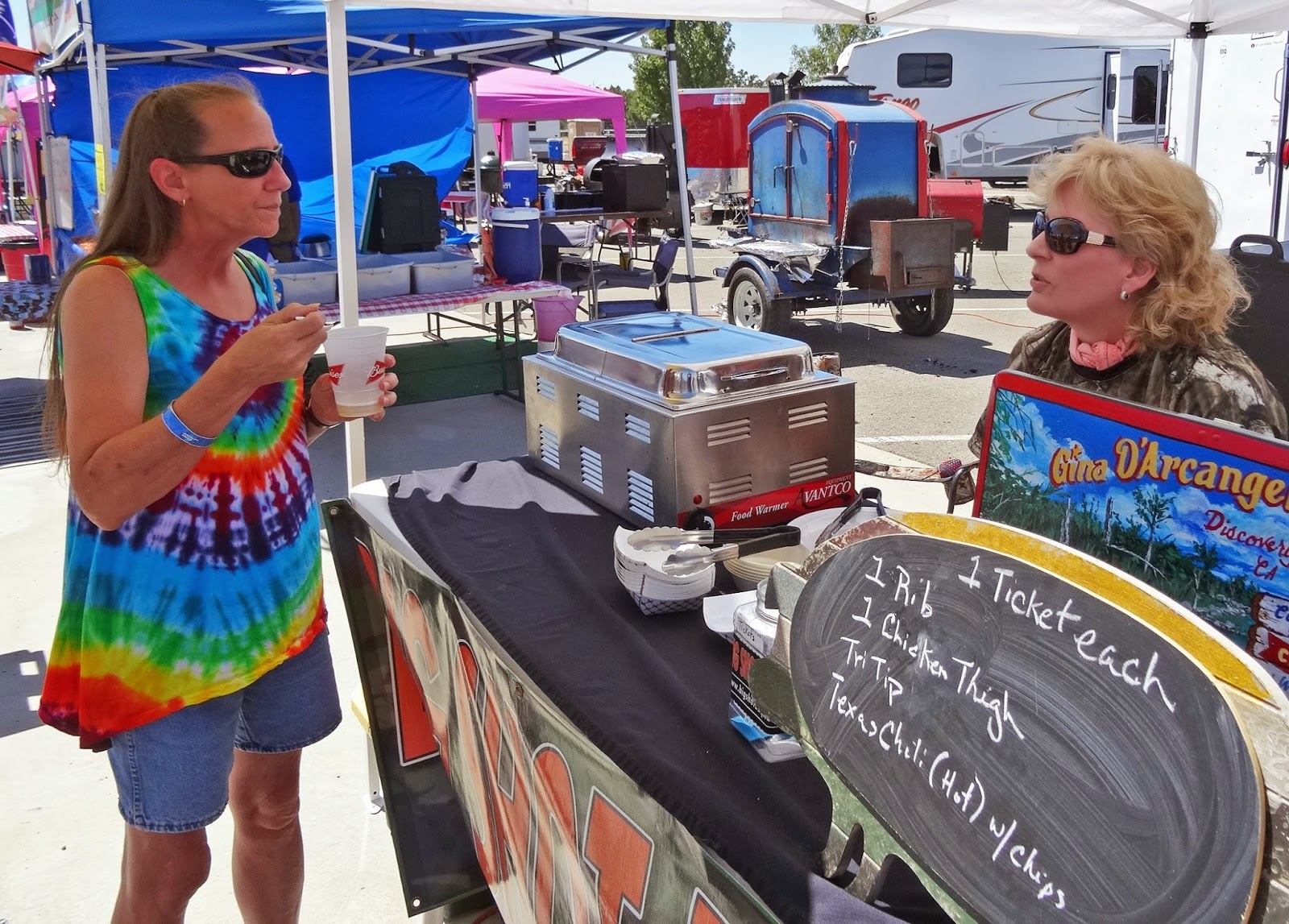 It is always a blast to hang out with the bbq family. Great food and friends make for a wonderful weekend.  Gina and Jack of 'Big Shot' bbq was crowned Grand Champions of this contest.. Gina is not only a great bbq competitor but is also a champion chili competitor. This image  she is sharing some of her award winning chili. 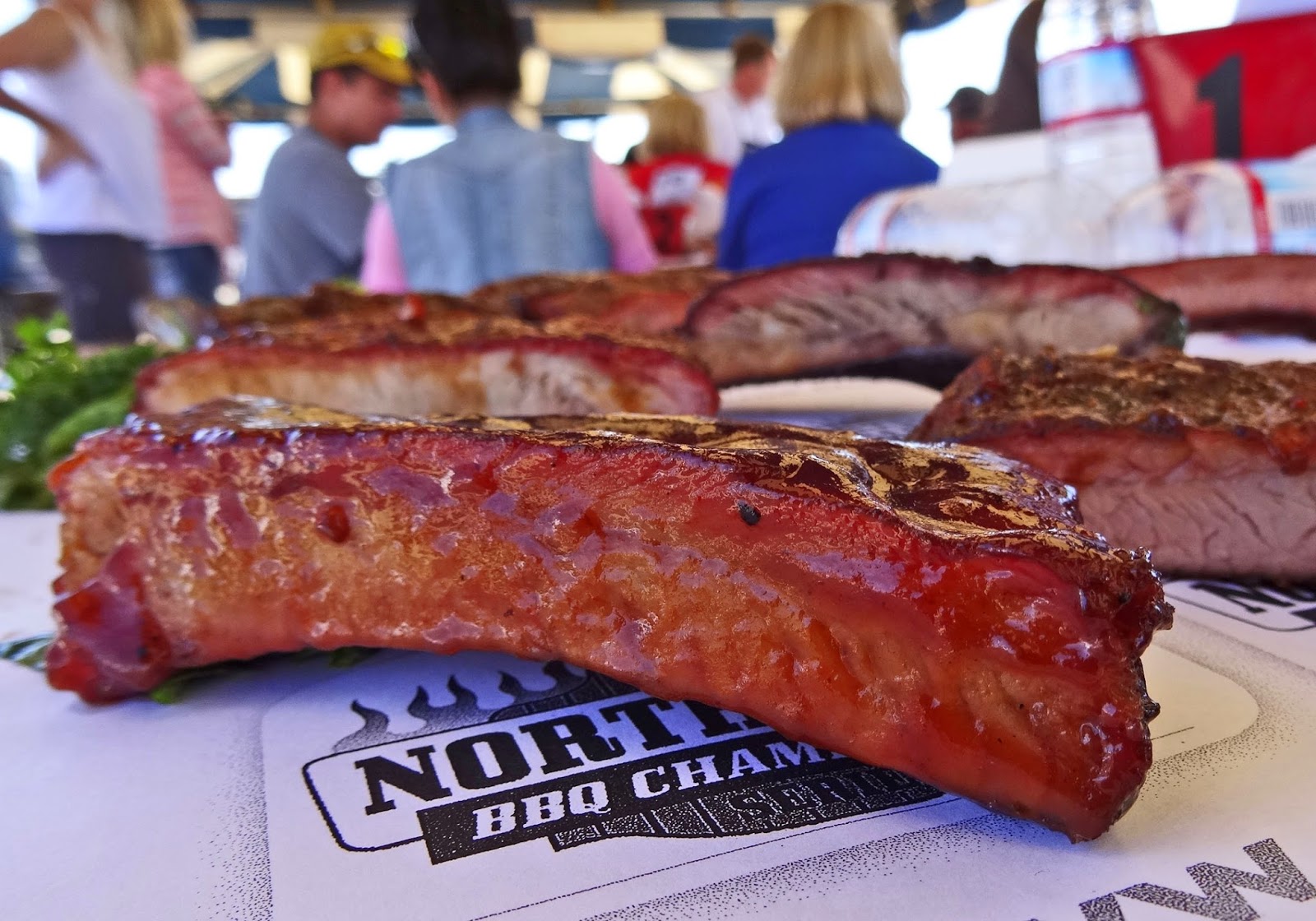 We have a week to re hydrate and prepare for the next bbq competition. It is a tough job but that is the way we roll. What fun!!!!!!!!!
Posted by Chilebrown at 3:00 PM

Hot fun in the summertime! I too have had Klose envy.

Greg, Someday I hope to own one. I have the catalog by my nightstand to dream.

They ain't much but they're good enough to keep us tied for first in the series for the second month in a row ;-) That'll change in September, no doubt!

Just kidding...thanks for coming out and posting the pics...you always do a nice job!

David S, We are looking forward to the finals at Feather Falls. We hope you take the walk on that day. See you then.

David, Bill with said Klose here from Y'ALLS, thanks again for being such great q-neighbors! The wife and I are loving the great people we're meeting at these events and your crew are no exception.

As for the klose, thanks for all the lovely comments, it's been brought back to life. You should have seen it when I got a hold of it!

Bill Robotham, That is one mighty fine smoker.