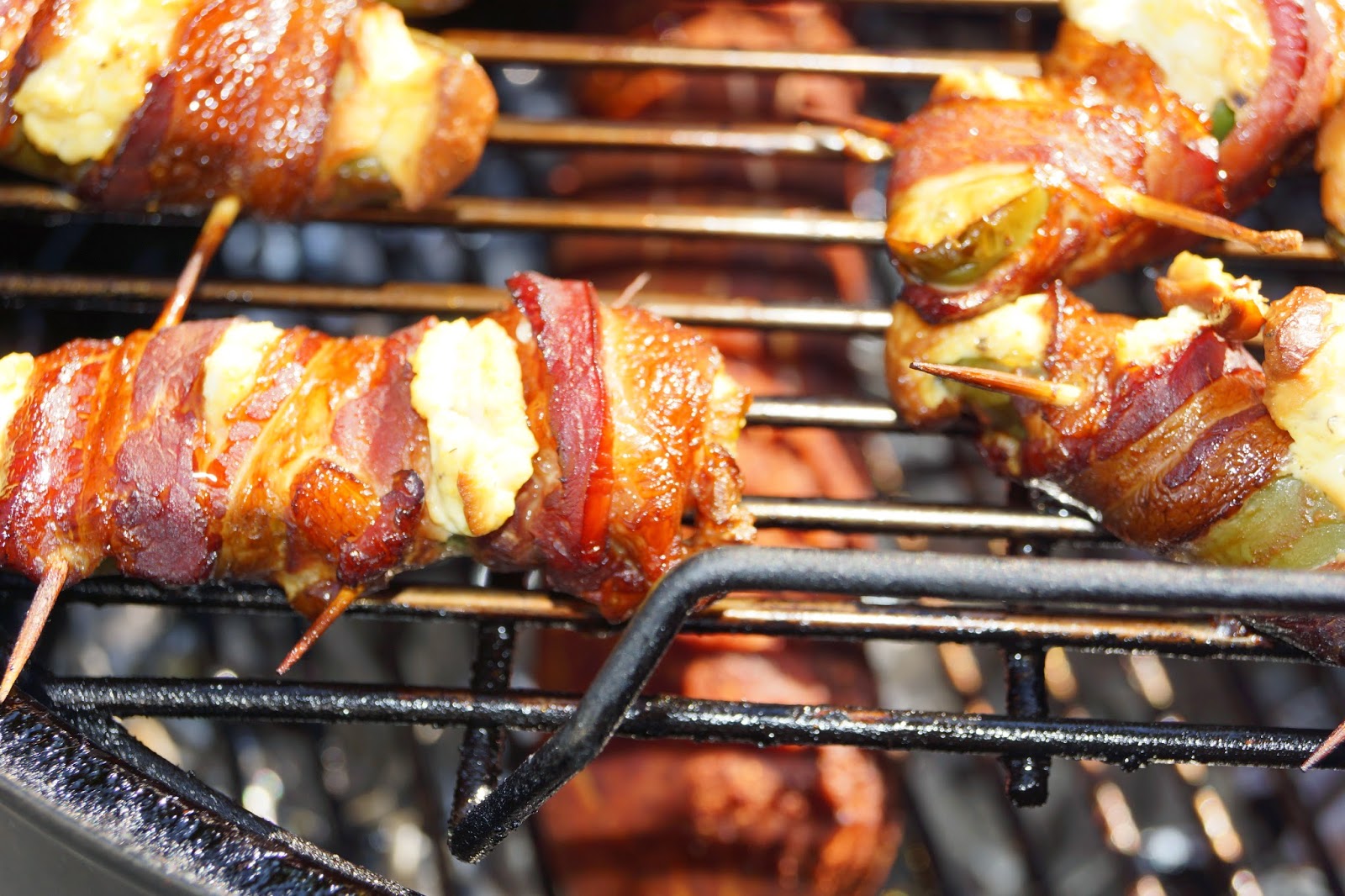 The label is scary and a little bit creepy. Is this bologna made for babies or just called baby for its size? We are not sure and there is not a whole lot of information about this product. Bologna is only a distant memory from grade school sandwiches. If memory serves me correctly I was not a big fan back then. This will be a challenge because I am not sure what good bologna tastes like. Today, we are going to season and smoke our 'Bologna Baby' on the Weber Smokey Mountain Cooker. Is there such thing as a good tasting bologna? We shall see. 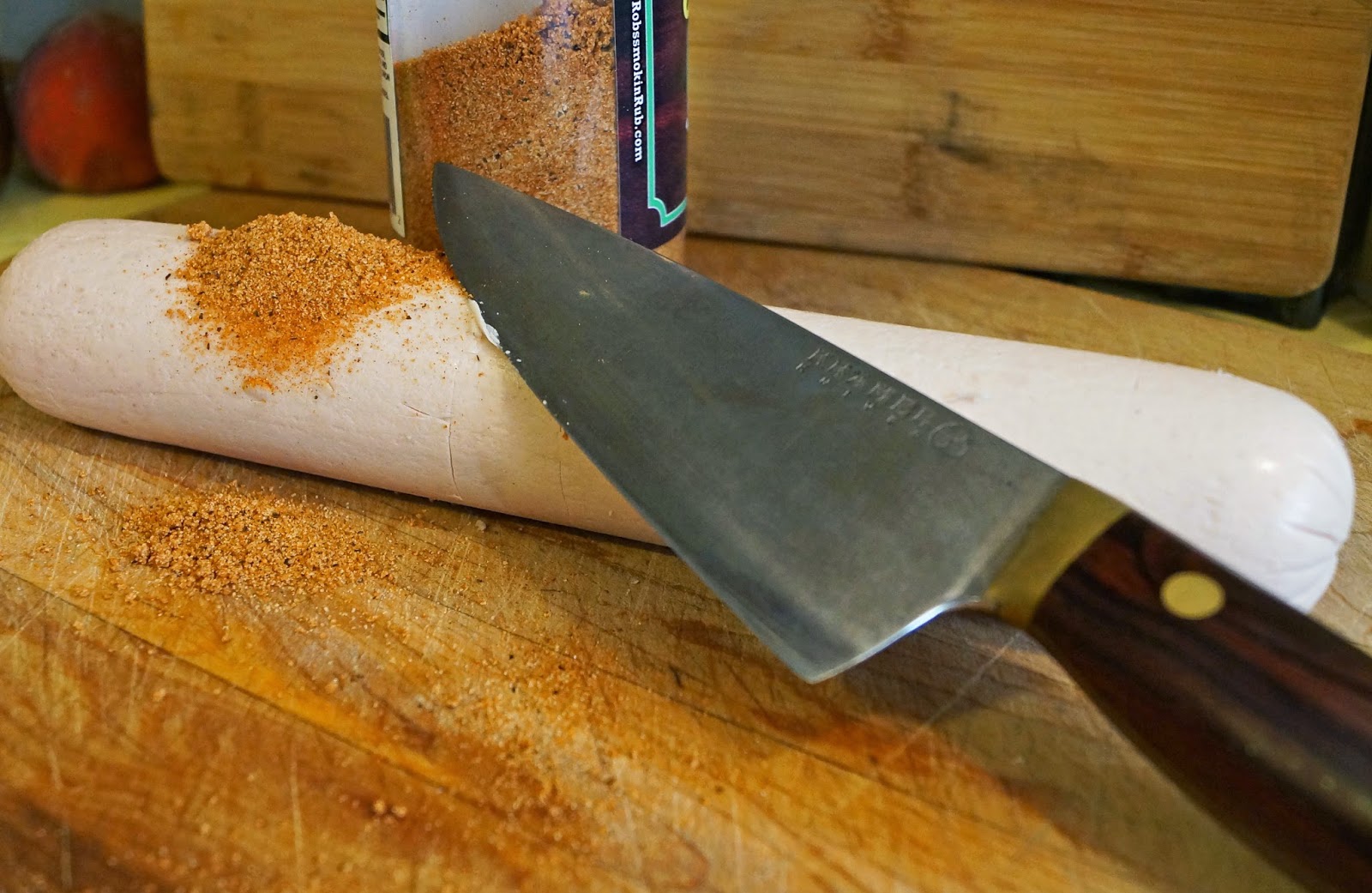 The scary wrapper was removed. The meat tube revealed was as pale as a babies behind. (So sorry, I could not resist.) We scored the sausage and applied a spicy rub. The smoker was fueled with hickory wood for flavor. The bologna was smoked for about an hour and one half. This allowed enough time for the smoke to gently kiss the surface and heat the bologna through. You may notice in the image we also made some bacon wrapped cream cheese filled jalapeno poppers. (ABT's). The rendering bacon added a little extra love to our Bologna Baby. Well, here comes the million dollar question; how did it taste? 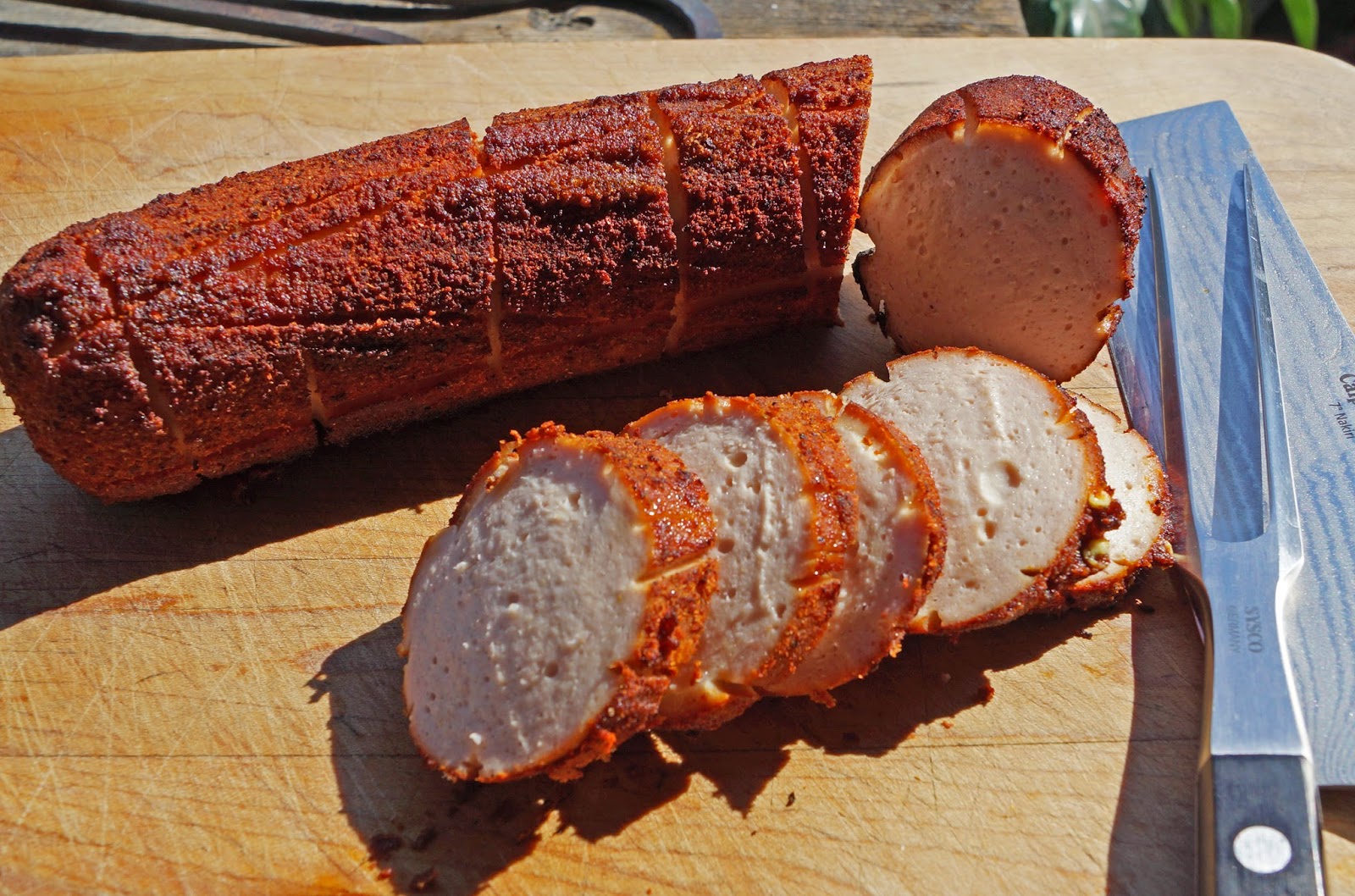 This tasted like a very mild hot dog. The rub added a spicy element that was a welcome addition to this bland meat. Smoke was present coaxing some much needed flavor. The texture was soft like the bologna I remember. Was it good? Let's just say it was not bad. If you are a fan of bologna maybe this is for you. This was a one time adventure that we wanted to share with you. I have a lot of smoked balogna leftover and really have no desire for a sandwich. Oh well.
Posted by Chilebrown at 12:00 AM

I don't think I could have brought myself to eat that creepy baby bologna!

gusfacegrillah.com, I guess that means you will not be coming over for sandwiches?

It does look like it has a weird texture...

Three Dogs BBQ, It was a very soft texture. Not unpleasant but not my cup of tea.

cookiecrumb, I am wondering if my Mom served me mortadella sandwiches back in the day. It was good to see Rob Sunday.

I ain't scare of no baby. bring out the black iron and lets fry some up.