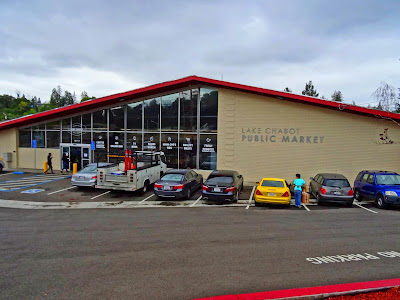 We are on a mini Meat Adventure to the recently opened butcher shop/restaurant called ‘Mama Cho’s Homestyle Korean BBQ”. I received an encrypted message from the ‘Great White Hunter”.  He sent me an image of some fantastic meaty bacon proclaiming he had a secret new meat destination. With the mighty powers of Photoshop, I was able to enlarge the photo and read the small print label determining it came from Mama Cho’s. A quick Google search and I was off.  Ha!!!!!!, Secret meat destination indeed. 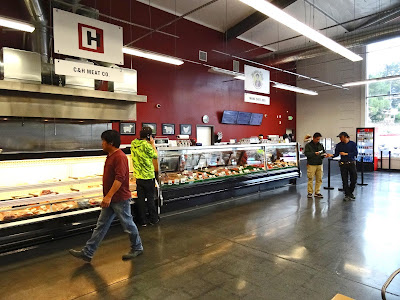 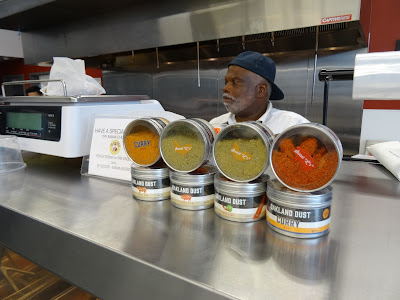 Mama Cho’s is located in Castro Valley which is only 40 minutes away without traffic. I always chuckle when I put the disclaimer of “without traffic” because it almost a given in the Bay Area. I arrive without incident and park in their spacious lot. Mama Cho’s is located in a re-purposed building. At one time it probably was a chain grocery store. The have gutted the interior to accommodate the C & H Meat Co. who has moved their meat business to this building. They run a wholesale meat department behind a partitioned wall while they have retail counters up front. The rest of this large cavernous building is leased out to food court style businesses. Mama Cho’s has only just recently opened. They will have an official ‘Grand Opening” next month. This Meat Adventure is breaking news. 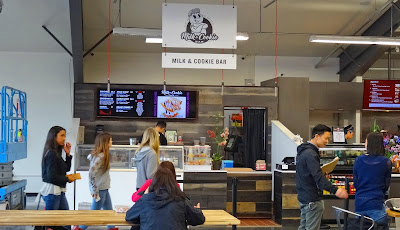 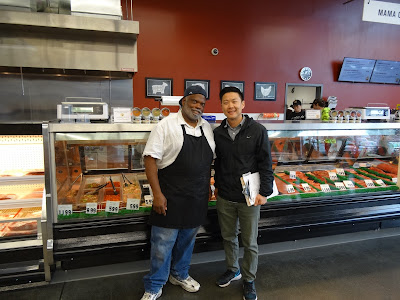 Mama Cho’s meat selection is large. They have lots of meats cut in Korean style and marinated with Asian influenced flavors. They have house made sausage, prime cuts of beef and drum roll please; Kurobuta pork belly. More on the Korabuta pork later. So many choices had this Mad Meat Genius a little perplexed. Luckily butcher James Dean came to the rescue. He was knowledgeable and answered most of my questions. I stumped him and he called over the “President’ Hans Cho’ pictured above. 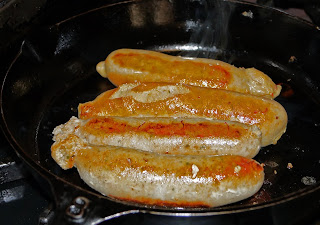 How cool is it to have the title “President’ of Mama Cho’s?  Hans and James Dean told me that the wholesale was behind the scenes and the retail with a full service meat market will also serve prepared foods, Some of the menu items are; Korean style tacos & burritos, kalbi burger, and
cheesesteak hoagies . The Great White Hunter and I already have made a lunch date to explore the prepared food at a later date. I loaded up my cart with house made sausage (chicken apple, garlic and spicy Thai chicken, rice stuffed pork loin and some Kurobuta pork belly. Mama Cho’s is a wonderful new meat find. We will happily be investigating all Mama Cho’s has to offer. We are going to try some sausage on pizza tonight. 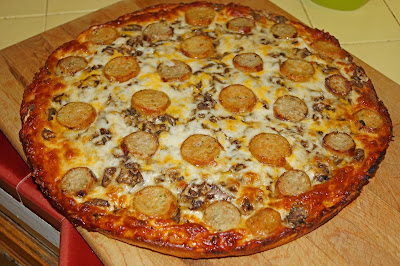 Mr. Brown it is about time you gave me credit in my Scouting For great meat products for the greatness of your great blog. Yes I am buttering you up because I want you to buy me lunch today. A very hungry GWH out

greatwhite hunter, Only after I broke the secret code did I actually find the meat destination. Darn, I read this message after we had lunch. Maybe next time.

You find the greatest places!

Chilebrown,
This is a great find. The next time you are in Los Angeles, consider visiting the Korean version of Whole Foods, called H Mart. Actually, it is better than Whole Foods. It is here you will find some of the finest meat selection in California. Some of the cuts are actually so highly marbled that I dare not purchase. But it may interest you. There is one in Diamond Bar. Be prepared to shake if you go.
Butcher's Daughter

Donna, We will have to talk. I am interested in the one in Diamond Bar and I know you are down that way frequently. (Hint)