This weekend brings us to Clayton California for the 7th Annual Clayton Rib Cook-Off'. This is a local event that has been growing in popularity each year. Downtown Clayton is transformed into a mecca for bbq lovers this weekend. This year the cook-off has decided to bring in the Kansas City Barbecue Society to sanction this event. The categories are chicken and ribs. Since there will only be two meats and not the four meats of chicken, ribs, pork shoulder and brisket this contest will be classified as a 'Competition Series' that is not a qualifier for the "Jack Daniels" finale. There will be a mix of Pro teams and Backyard teams competing in their respective divisions. Let's take a look. 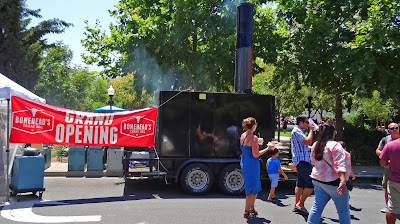 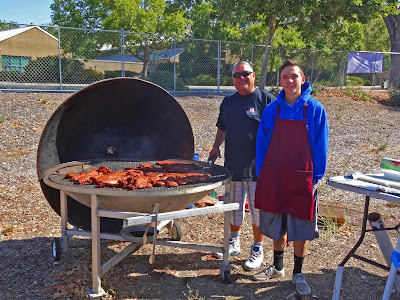 Our friend and celebrity bbq chef Donna Fong was representing KCBS as a bbq ambassador. She conducted demonstrations in competition cooking. She provided some very detailed and possibly secret steps to achieving competition bbq. Who knew how involved it is to just trim chicken?. Donna also provided yummy bbq samples to her attentive pupils at the end of her talk. 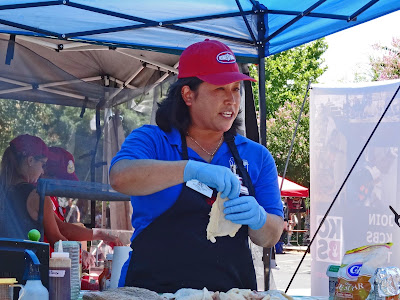 How do you like this custom bbq built out of old satellite dishes.I was also impressed by the huge commercial smoker pictured above. I love to browse and experience all the different and unique cookers that you find at these events. We also saw many Weber's and Green Eggs to prove that you can win on almost any style of cooker.. 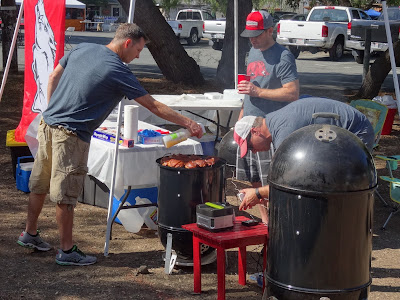 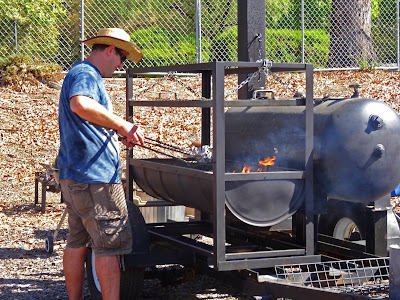 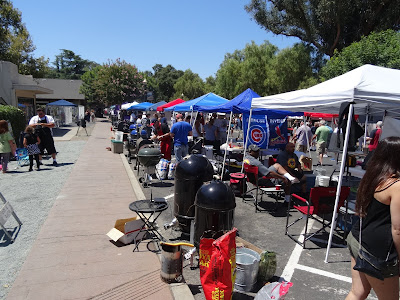 This was another fun day of barbeque activities. The local crowd of Clayton had a lot to be proud of. Fun, sun, music and good eats for everyone. Congratulations to our friends Jack & Gina of Big Shot BBQ for winning Grand Championship of the Pro division. They took a first in chicken and ribs which is very impressive. I will report back at a later date who won the Backyard division.as soon as I know. I hope your weekend was as fun and tasty as ours.

that first shot with the big BBq. How in pasta fazool do you move that big daddy around?

Greg, That unit is huge especially the stack. Semi-trailer and probably have to choose there route carefully to not hit any power lines.