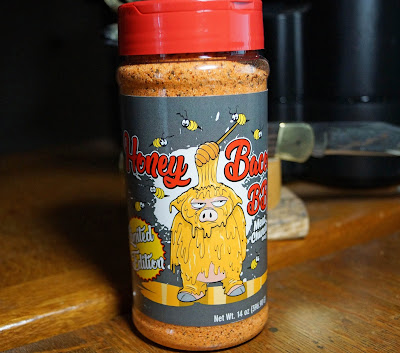 Our bbq friend and leader of the championship competitive bbq team ‘Son of Smoke’, Derrick, gifted me a bbq rub Honey Bacon BBQ by Meat Church BBQ. I had expressed interest in this rub because, you may have guessed already, I am a dupe for all things bacon. Meat Church bbq has a line-up of different seasoning rubs for the bbq enthusiast. They also are a sponsor for Derrick’s bbq team. This is going to be good. Grab a chair and let’s cook some bbq. 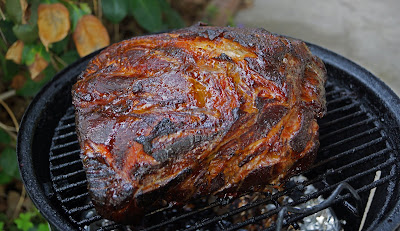 I glanced at the ingredient list to find a specific addition that caught my fancy right away; honey powder. I have had this ingredient before and it works wonders by several different properties. It adds a sweetness that helps in the overall balance. It can also help in the browning of the meat by helping with caramelization process. I did not see any bacon in this ingredient list but I did see natural flavoring. We have our fingers crossed. 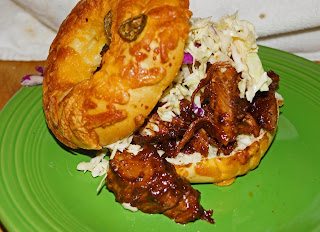 Our first application was on a pork shoulder roast. They were on sale at Wally World and who does not love pulled pork. We applied the rub overnight before cooking in our smoker. Nine hours later we had the yummiest looking roast. It smelled fantastic. The bark (outer layer of roast that has caramelized) was just like meat candy. It was not overly sweet but had a toothsome quality that was addicting. We took several tastes before we pulled the pork. This rub did the job to create a very sweet savory combination. Did I taste bacon? Maybe if you consider a smoky component that mimics bacon. To be fair this had been in our smoker and I am not sure if it was from the rub or not. It was very flavorful and we were happy. 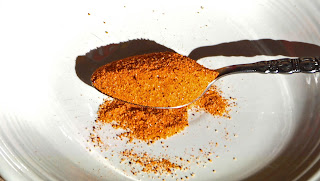 We tried this rub on some chicken wings. They were good. They were not great. They had a sweetness that was welcoming you to have another bite. This may be a personal preference but we like a little heat to add some pzazz to our wings. We could have easily added some other spices. Did this taste like bacon? Not really. 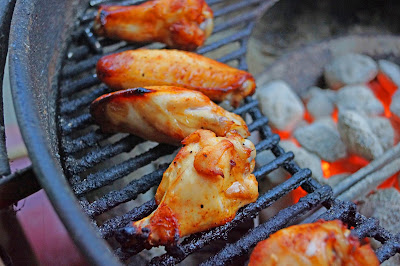 Overall Honey Bacon BBQ by Meat Church is a great rub for pulled pork. It added a sweetness that created the most wonderful meat crust (bark). This rub used in a combination with some other spices has the potential for being a fantastic rub for chicken too. Did it taste like bacon? When I close my eyes and wish real hard I can always taste bacon.

Posted by Chilebrown at 9:17 AM