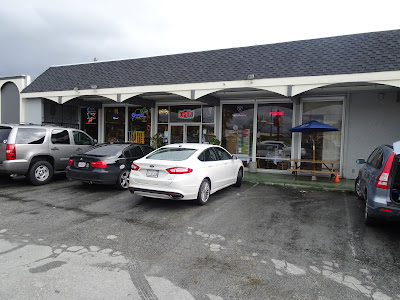 "Check Please" is a local PBS television show that showcases restaurants around the Bay Area. This is a valuable resource to find new and fun dinning establishments. Antipastos by DeRose was featured and is a deli in San Jose who also happens to be a meat market. The icing on the cake was they make home made raviolis. Say no more. We jumped into the racing Honda and braved the rain soaked highways to carefully travel to Antipastos. 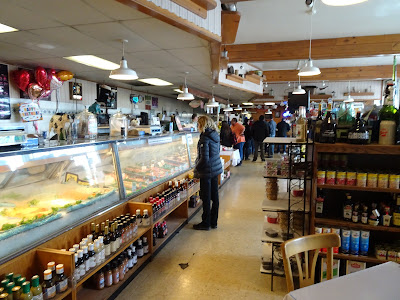 We pulled up to a fairly nondescript building with some neon beer signs adorning the windows. Parking Karma was not needed today because they had their own lot. It was pretty full when we left. Once inside we were a little overwhelmed with the layout of this place. There were meat cases with plenty of choices of quality beef, pork and seafood. There was also a refrigerator case showcasing mulitple beers with a great selection of micro-beers. A small counter in front of a smally tiny kitchen that also had a hot tablle of prepared food. Where do we start? I broke the man-code and asked a clerk for directions. He explained the ordering procedures. 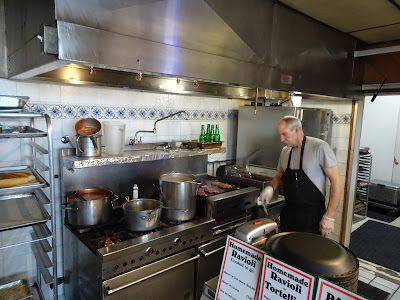 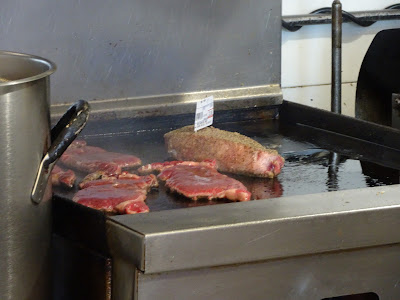 There are so many choices for lunch and dinner. One can order prepared pastas, soups, salads, and make a deli sandwich with any combination they can think of. One can pick a steak from the meat case and they will cook it for you for market price plus five dollars. This was the option I chose. I also had to try the house made ravioli. I was getting excited. Ms. Goofy ordered minestrone soup, steak sandwich and a micro-beer that was freshly poured from the tap. You pay at the small counter and they will bring your meal to the table. 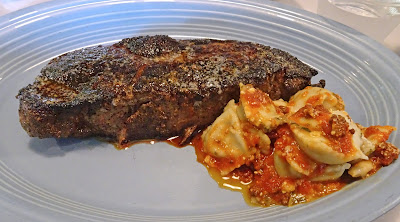 Ms.Goofy went on and on how great her thick and hearty minestrone soup was. It was more of a thick meaty sauce type gravy that was studded with soft vegetables. She really liked her steak sandwich and could only eat half of it. The seating in Antipastos is a little haphazard. Tables are located throughout the deli.You are sitting right next to the beer case or display shelves lined with lots of imported Italian food products. The owners are definitely Oakland Raider football fans evident by the football memorabilia on the wall. 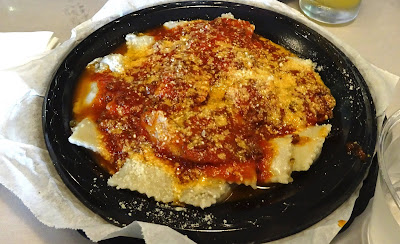 The steak was grilled to a perfect medium rare. They seasoned it with a really flavorful rub that made for a flavorful bite. The raviolis were little pillows of comforting joy that had a meaty interior that made you crave the next bite. These were a treat. They were a tad overcooked but that did not stop me from finishing the plate and going to the counter to order some to go. They were that good. 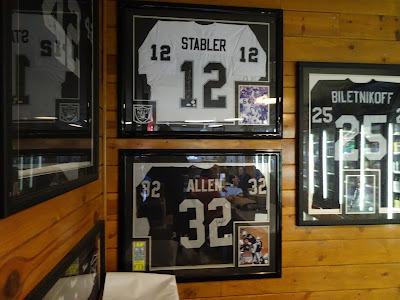 Antipastos is a great place for a meal or to pick up some steaks to go. Steaks and raviolis are a combination that makes me swoon. There are so many food choices that we would have no problem returning to sample more. We both enjoyed our food choices today. The house raviolis are special. Ms. Goofy could spend a lot of time sampling all the different micro-beers. There is a slight problem for us,unfortunately Antipastos is over an hour away from our house and with Bay Area traffic that is a conservative time. If we are in the neighborhood this is a must stop destination.

Big Dude, My mouth is watering thinking about the box of home made raviolis we brought home. Good Eats.