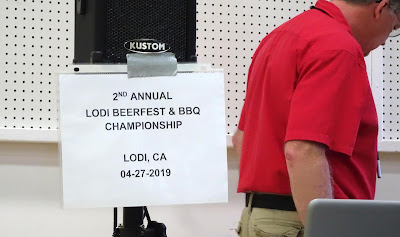 It was a beautiful day for a Beerfest & BBQ Championship in Lodi California. Lodi is known for stoplights and wine but today we were here to judge and cook some bbq. Ms.Goofy actually joined a cooking team to help out her sister on her quest to become a Master Judge. One must cook with a competition bbq team to qualify for the Master Judge title. Peggy and her sister cooked with "RBQ Barbecue" Team run by Rick Brandini. 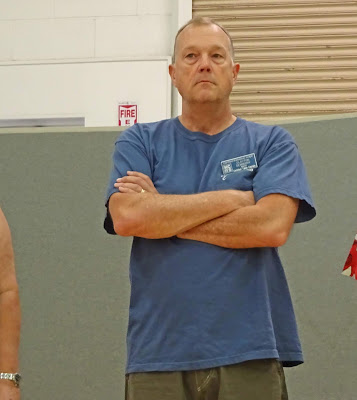 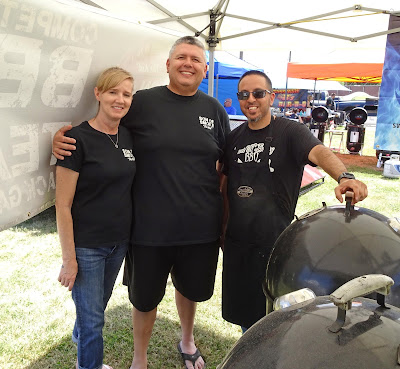 The bbq competition was held outside of the actual beerfest but several teams vended so festival attendees could sample and purchase great bbq. The judges were sequestered in an air conditioned building which is always nice for our pampered judges lot. It was a beautiful day with the thermometer hovering in the high 70s. This is a popular event and usually sells out. 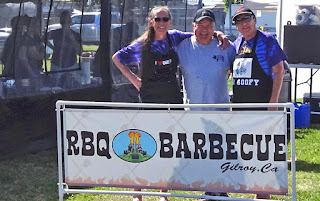 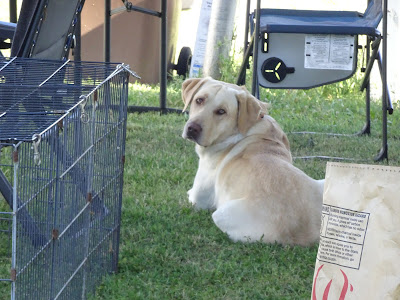 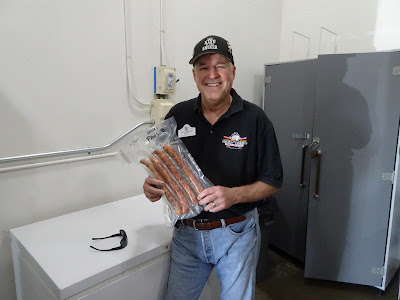 There were 48 teams today. There also was an maxillary category of Turkey Breast. This was an interesting category. They could not reshape the breast so many entries were presented sliced. The cooks were on their A game today proved by all the fantastic bbq I was able to sample and judge.Congratulations to Burn'n & Loot'n for the Grand Championship and Son of Smoke for Reserve. What a great day.

Posted by Chilebrown at 5:30 AM

A celebration of BBQ & beer has to be a fun event.

Big Dude, We love these kind of celebrations in fact we are gong to do it all over again next weekend.

We've been on the beach for 10 days; will hit Elk Grove once we know what day of the week it is again provided L doesn't have a board meeting that day.

Aaron, I feel your pain on what day it is. We hope to see you at Elk Grove. We need L. to keep certain people in line.

Aarpm. And pf course have lots of fun on your vacation.

Thanks; it was a lot of fun but now it is sadly time to put my mainland face back on. The goat cheese ranch and vodka farm are conveniently located next door to each other if you ever make it to Maui