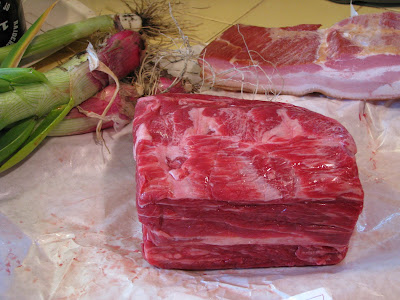 Piedmontese is a breed of cattle that looks like beef and tastes like beef but with the cholesterol and fat content of poultry or white fish. The Piedmontese cattle originated in the Piedmont region of Northwestern Italy. They are 100% grass fed, chemical free and 100 percent organic. This beef has a reputation of superior taste and tenderness. This will be our question of the day. Does this beef live up to all the hype?

It took a little searching to find this beef. We found it at a specialty butcher shop at the Café Rouge. We purchased the chuck roast because we wanted to make Chili Colorado. This meat looks so very good. It is a deep dark red color. There is very little fat, but there is a lot of marbled fat striated through out the meat. It smelled beefy. We purchased four pounds at six dollars a pound. Let’s go to the kitchen.


The beef was cubed and seasoned with sea salt and freshly ground pepper. A large enameled cast iron pan was used to render some bacon for the fat to brown the meat. Once the lard was rendered the beef cubes were browned in batches. We just seared and caramelized the surface of these cubes of meat joy. Some onions and leeks were chopped. These were gathered from the garden. Some home canned tomatos and a mixture of several chili powders were added. I will refer you to a previous recipe here. This pot of Red was simmered for two hours. The house smelled delicious. 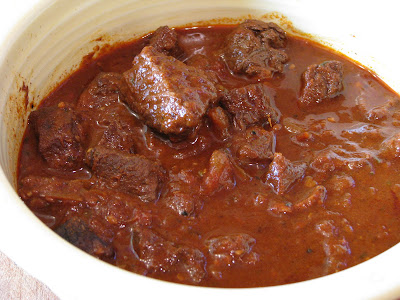 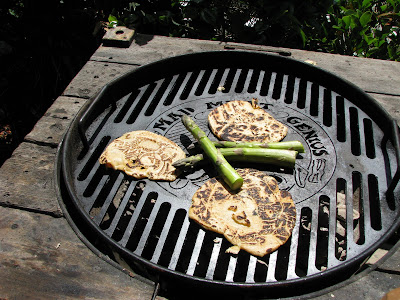 We purchased some fresh masa to make some grilled tortillas. A fire was built in the Weber and the tortillas were formed. A little Jumbo Asparagus made it to the grill also. You know I had to get the grill in here somehow. The meal was ready for the ultimate decision. The meat was tender. It almost melted in your mouth. It had a beef flavor that was unreal. The flavor of the beef was the star of the show. I would say it had a little gamey flavor in a good way. It was so tender and had a flavor that needs to be experienced. Piedmontese beef is a protein that I would recommend. We definitely will be purchasing different cuts of this beef for experimentation. Who would of thunk that I like grass fed beef? 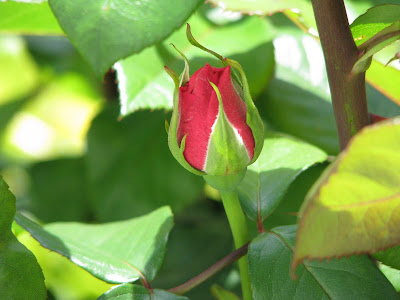 Posted by Chilebrown at 6:34 PM

Very cool, I'd like to track some of this down, but might have a harder time in the midwest than in the Bay Area.

I have never heard of this before, but it sounds wonderful... need to hunt this down

I'm astounded you used this special beef for chili. But it worked out great; you could taste it! Nice.

Andrew and A Year on the Grill, I was surprised that we enjoyed the grass fed beef. I have had some not so nice experiecences with grass fed. It is a taste that you are probably not used to. I may be a convert. I will have to do more research. What a tough job.

Cookiecrumb, I guess you have never had "Rodeo, Californis 1st place Championship ehile". Chile is like any other dish. You use ingredients to compliment each other. If you can not taste the meat or other components you have failed.

Looking at the picture of the meat - it seems so marbled - I'm shocked it has less fat and cholesterol.

I'm going to have to find this in NYC

White TrashBBQ, That is what is advertised about the less fat etc. The original breed fed on grass in the Alpine Mountains in Italy. I do not think the hills are to high in Montana.
Zoomie, I am not a convert yet. I still love my midwest cornfed beef. I will keep an open mind and barbeque.

Six dollars a pound for a roast.Good Lord that's a lot of money!
Sometimes to have to pay to play.

I've always been a corn fed beef kind of guy but *#(@ that is a pretty cut of beef! Nice marbling.

Piedmontese is a healthy choice with less fat and cholesterol. If you are having a hard time finding Piedmontese locally, I get mine on-line @ https://www.primegourmetmeats.com/index.php?cPath=79_89&osCsid=e0755ff8616f056d74f5e766b91b9555 - Prime Gourmet Meats - Great Prices !!