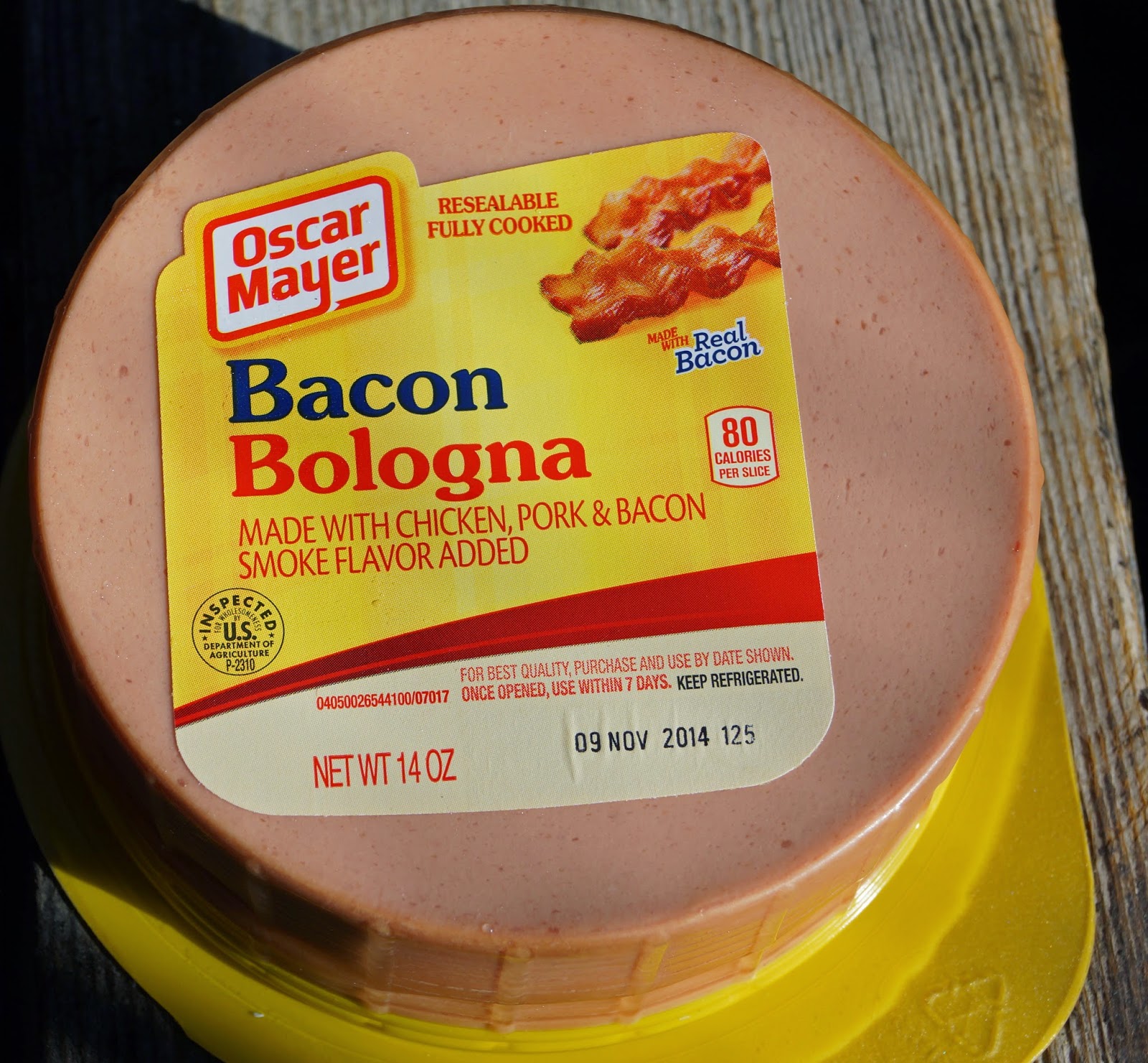 Here we go again. Our friend Jon pointed us in the direction of bacon bologna. I was a little skeptical because he also steered us to that very odd product "Bologna Baby"' With bacon in the title how can we go wrong? The ingredient list is very long but we would like to share the initial ingredients of; "Separated chicken? pork, water, corn syrup and bacon pieces'. You do not want to know the rest of the ingredients. Separated chicken just sounds a little odd to me. Bologna traditionally is not made with even non-separated chicken. We will have to hold judgement until the ultimate flavor critique. 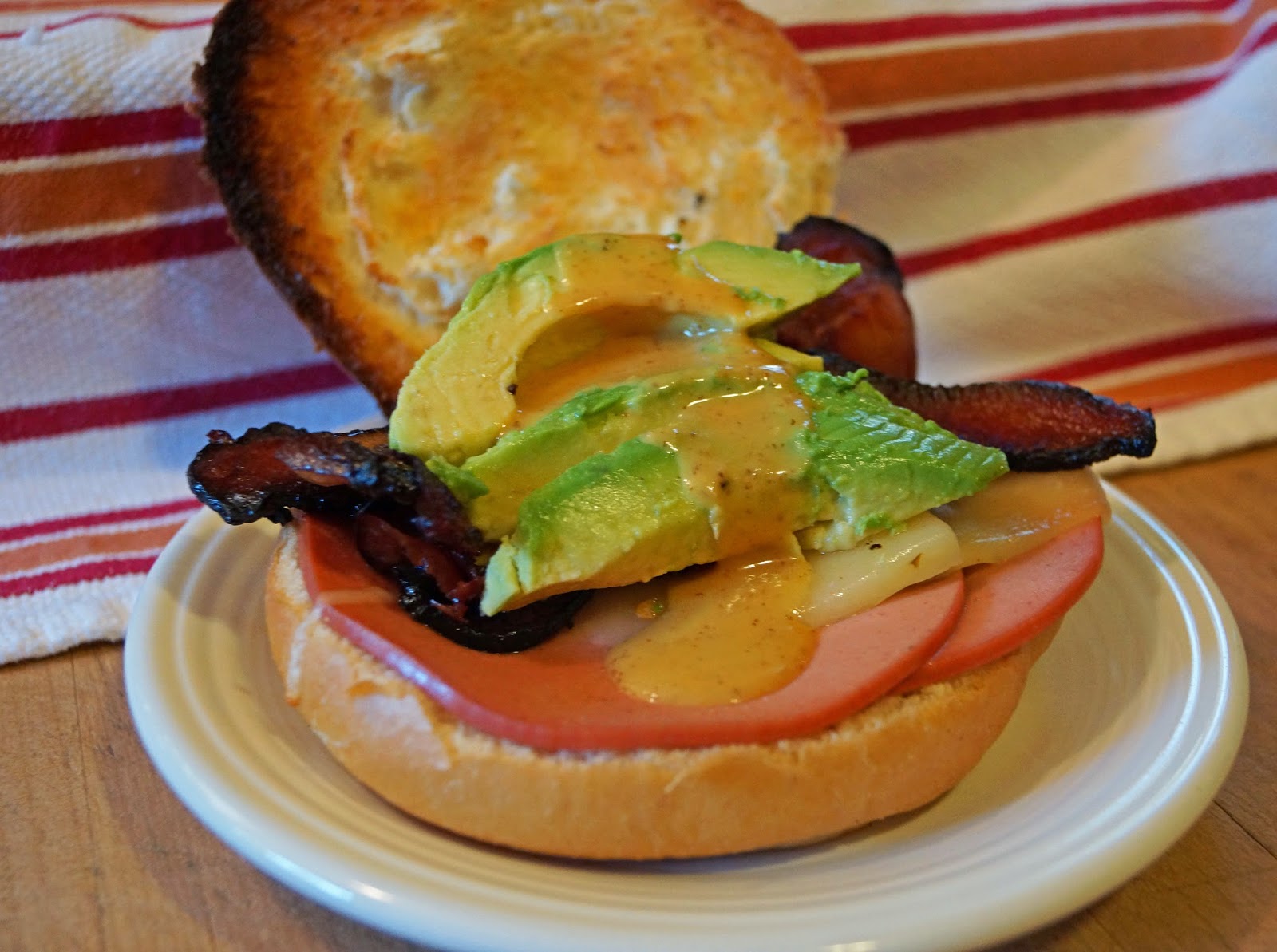 Straight out of the resealable package we experience a pleasing, soft, mild and slightly sweet.piece of sausage. The flavor is of bologna I remember as a child. I actually enjoyed this rendering of bologna, but, where is the bacon? If I close my eyes and really try hard I can pick up a slight and I mean very slight hint of smoke. Is this the bacon that is promised?
Overall, this is a very good tasting bologna. If you are purchasing it by the promise of bacon you will be disappointed. It does make great sandwiches.  I made a sandwich with real maple flavored bacon, avocado, pepper jack cheese and all slathered with bacon mustard for a very tasty sandwich. I really like this bologna but where is the bacon?
Posted by Chilebrown at 12:00 AM

Reverend Biggles, Did you notice the avocado food prop? You have to have some color.

Mr. Brown The only improvement I would do is fry the bologna in bacon fat. GWH

Maybe a nice chub of that Bologna, wrapped in bacon and smoked would help with the baconness?

Three Dogs BBQ, I think I am done with bologna until I start my second childhood. Okay now.

I saw this on your feed and at the time figured it would either be A) loaded with a chemical bacon flavor or b) be underwhelming. Oh well, I figured it is hard to beat smoked bologna anyway. If I want to add bacon to my bologna, I'll smoke the bologna, then fry slices for a sandwich and use a bacon mayo. Thanks for taking one for the team :)

Chris, The ingredients list bacon pieces. They may have just waved the bacon pieces over the sausage vat because I cannot detect it. There is liquid smoke added too but it is very faint. I believe this was just a marketing ploy to trick me into buying some.

YOu have jonesing for a fried bologna sando!