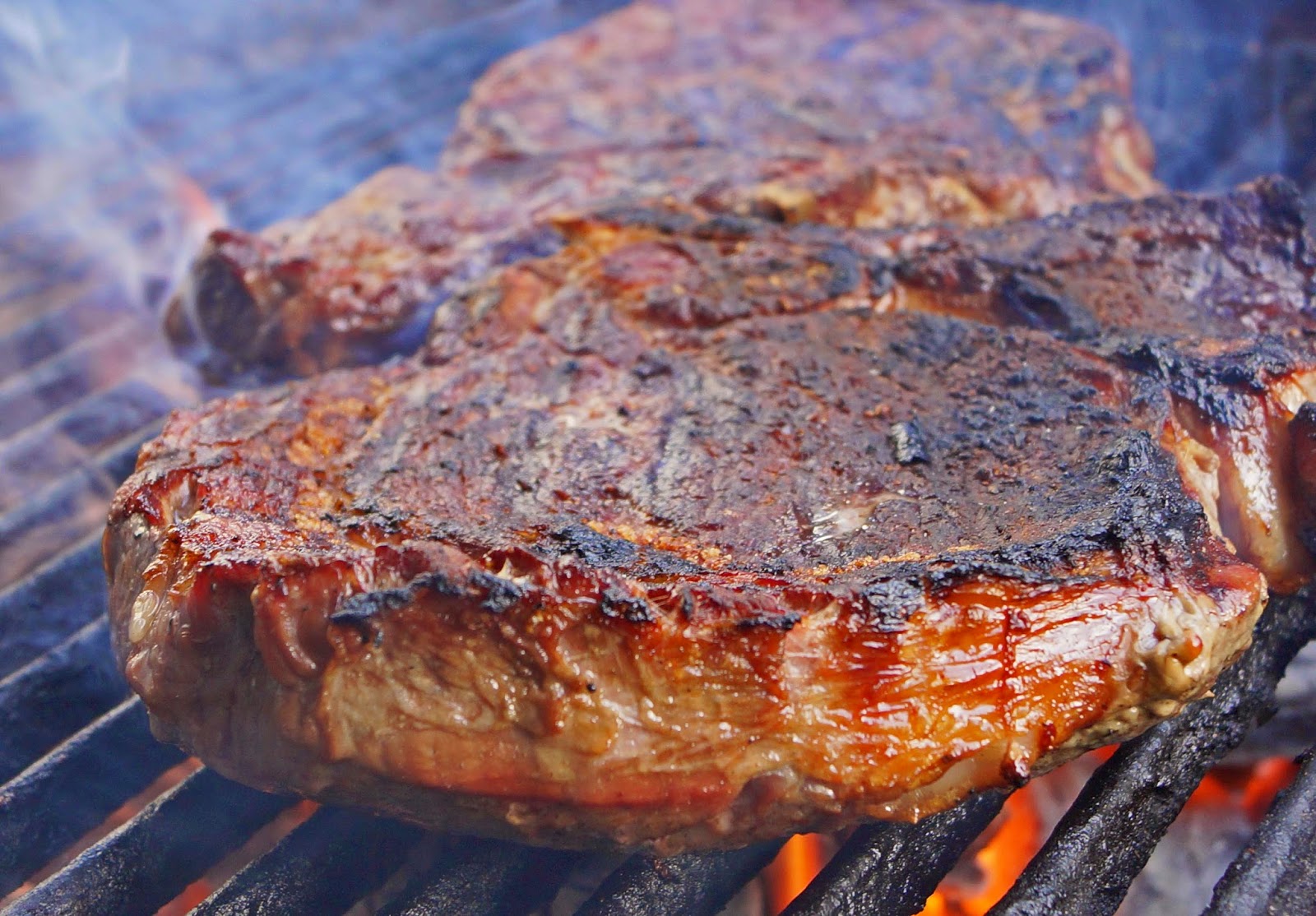 Tonight we are having a very special steak dinner. We are having some rib-eye cuts of beef from a breed of steer whose origins are from France. This breed is named Charolais. They are known for being large muscled and fast growing producing lots of red meat with less fat. This animal is colored almost pure white. The breed has a long history in France. The Charolais has also been used here in the states crossed with Angus and Hereford breeds for beef production. Today we are experiencing pure-bred Charolais steaks procured from Johnson Farms. 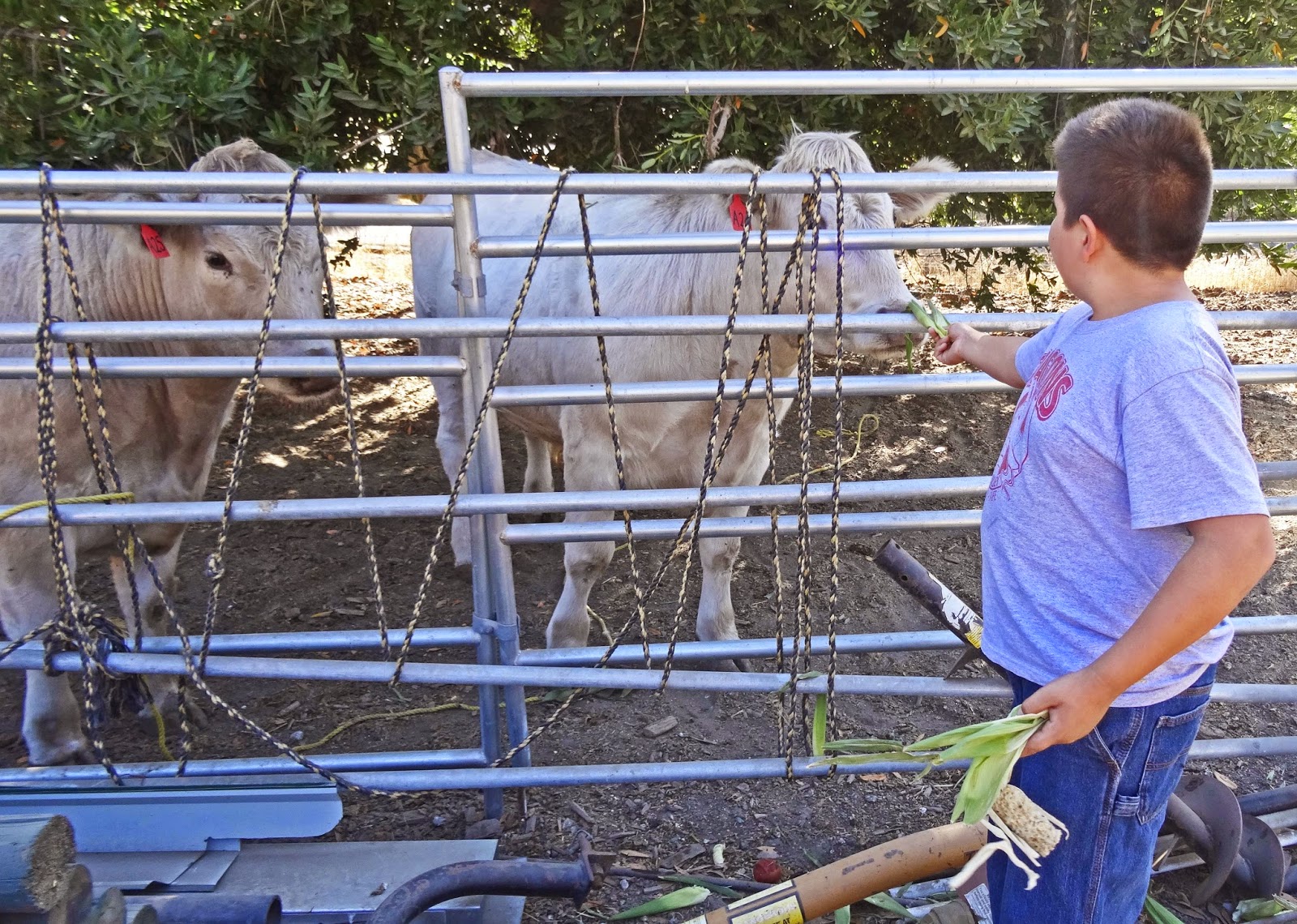 Our new favorite farm stand Leonardo’s produce is located on Johnson’s Farm. Our dinner was being finished with a diet of corn and hay in a pen right next to the produce stand. These were some beautiful cream colored animals. They were massively big and muscular cattle. Leo’s son was feeding corn  to the Charolais and asked me if I wanted to participate. I declined keeping a camera distance away. Little did I know a month later they would grace our barbeque. 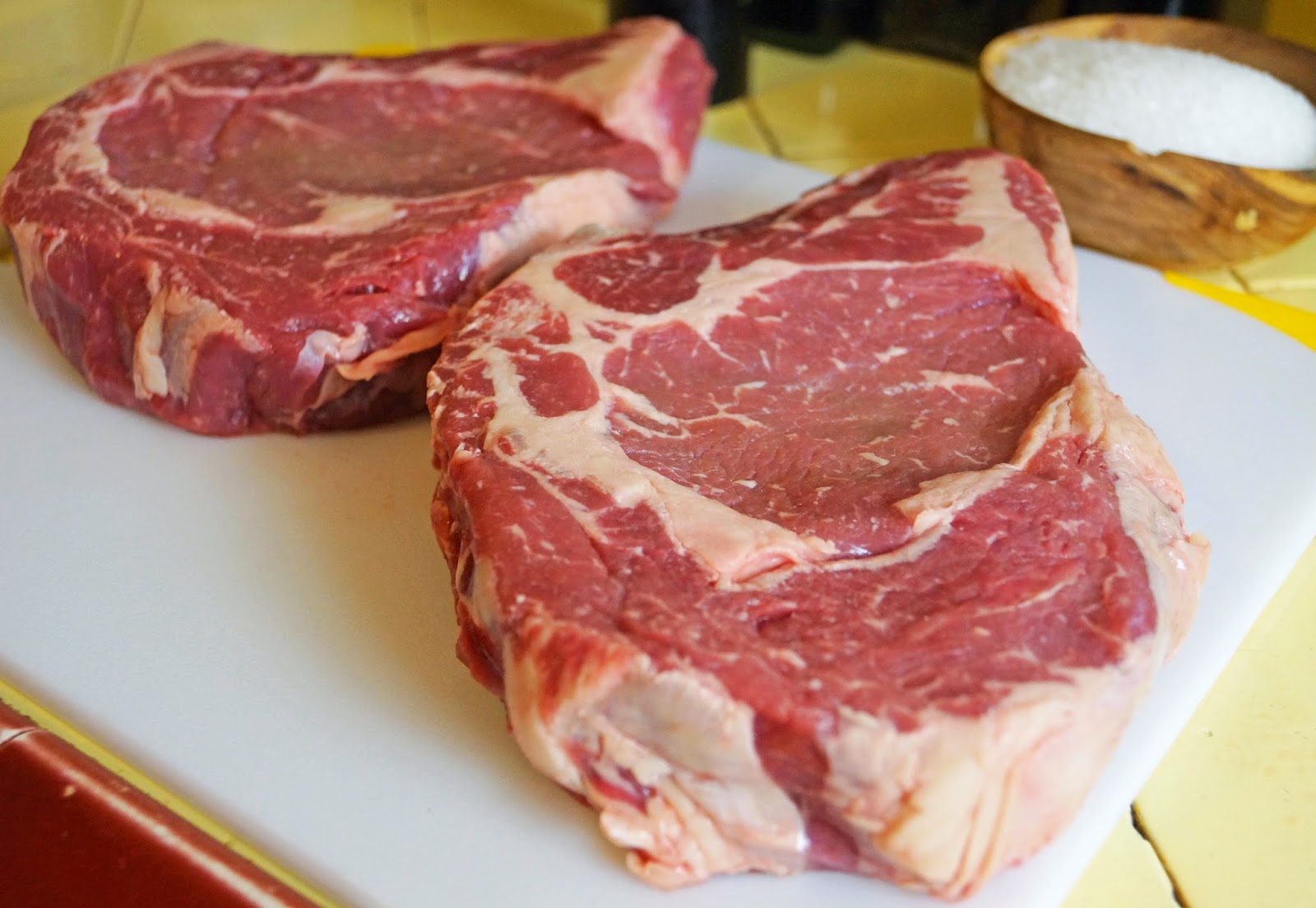 Our steaks weighed in at almost 2 pounds a piece. Wow, they were beautiful. The fat marbling was spectacular and they were colored a beefy red. Coarse salt & pepper was all she wrote to enhance and not mask pure beef flavor. A very hot mesquite fire and direct heat would cook our steaks to an internal temperature of 125 degrees. A long ten minute rest and it was time to feast. This was corn fed beef flavor that we crave. Every bite was savored and relished with reverence. The steak had the slightest chew but flavor was the king. This was beef flavor that is only usually found in high end steak houses. This was a dinner to remember. You too can experience this steak by contacting Johnson Farms. It would be advisable to call first because quantities are limited. 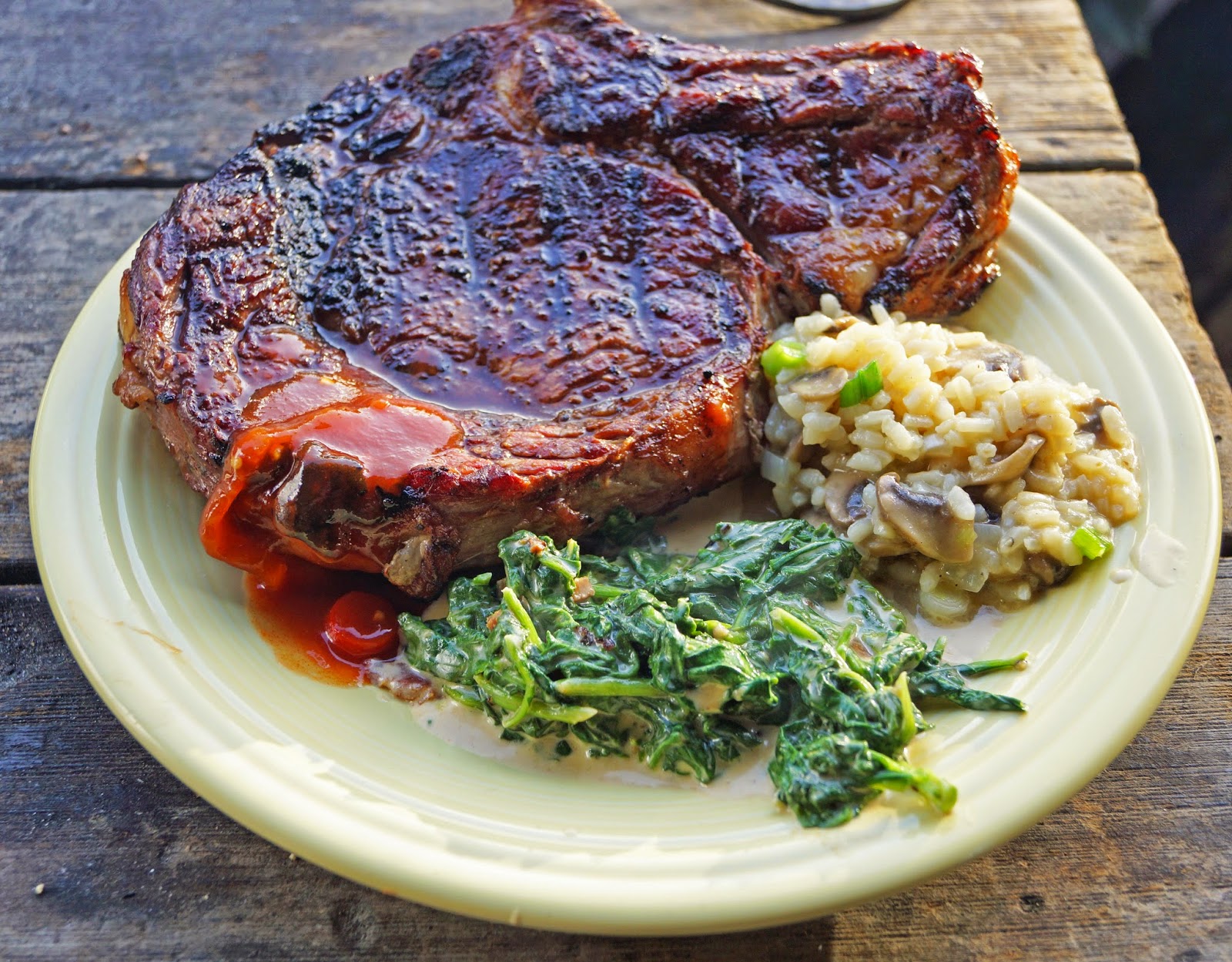 How come veggies n starch are in foreground? Ratio is perfect though!

Those steaks look awesome and made me crave one. We used to have a Charolais farm near here but it went away when the owner died and now I rarely see them.

meathenge, You know they are just food props.

Big Dude, I have to admit that this is the first I have heard of Charolais. What a fun discovery.

My, my, you may have out done yourself Chilebrown. Best looking ribeyes that I have seen in awhile. Did you even eat the green stuff on your plate?

Three Dogs BBQ, I learned from meathenge the value of food props in an image. The spinach and risotto started out as just image filler but ended up being quit delicious. The creamed spinach had maple flavored bacon and the risotto was creamy and full of mushrooms. Most excellent.

Those are gorgeous steaks before AND after!