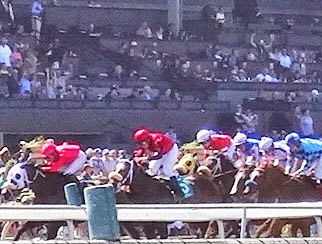 One hundred barbeque teams set a California record for largest bbq competition at the iconic and historic Santa Anita Racetrack this weekend. This huge gathering of bbq racers were set up right in the middle grounds of the race track. We would like to share a couple of images with you trying to capture this magical event. I emphasize magical because a feeling of excitement permeated our barbeque saturated pores. The horses racing around the track several feet away, the roar of the crowd, the smells and some of the best bbq in the nation created a event to be remembered. “And they’re off” 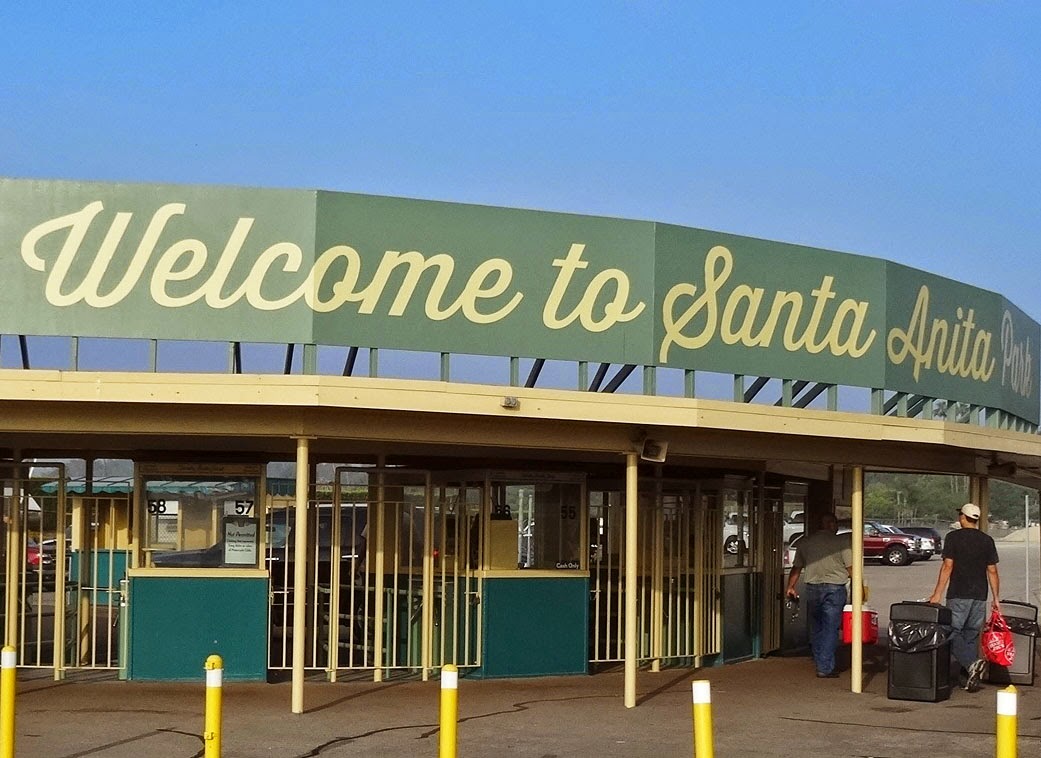 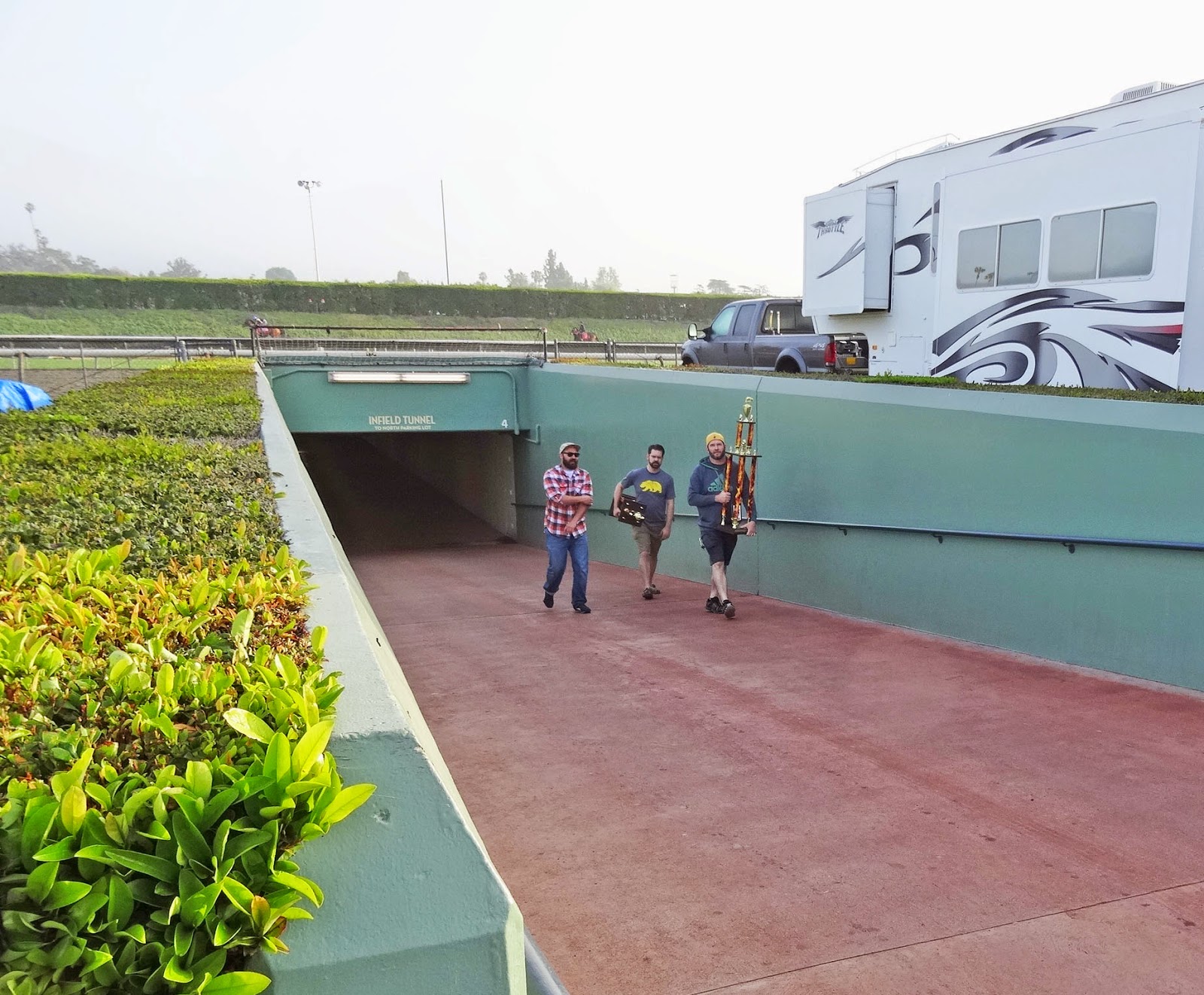 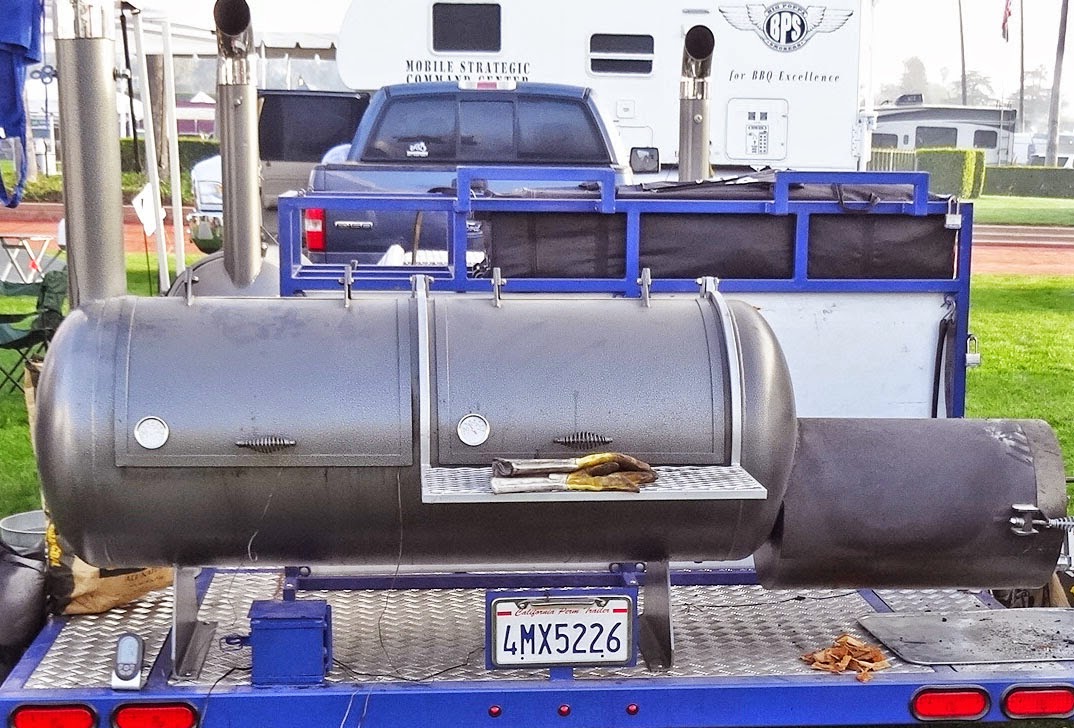 We arrived Friday afternoon. This was our first visit to this historic racetrack. Let’s just say it is huge. Santa Anita Racetrack is a step back into time with its splendor and beautiful backdrop of the San Gabriel Mountains. This is the home of the famous racing horse Sea Biscuit and the playing grounds of numerous old time movie stars. Barbeque competitors were the stars today. 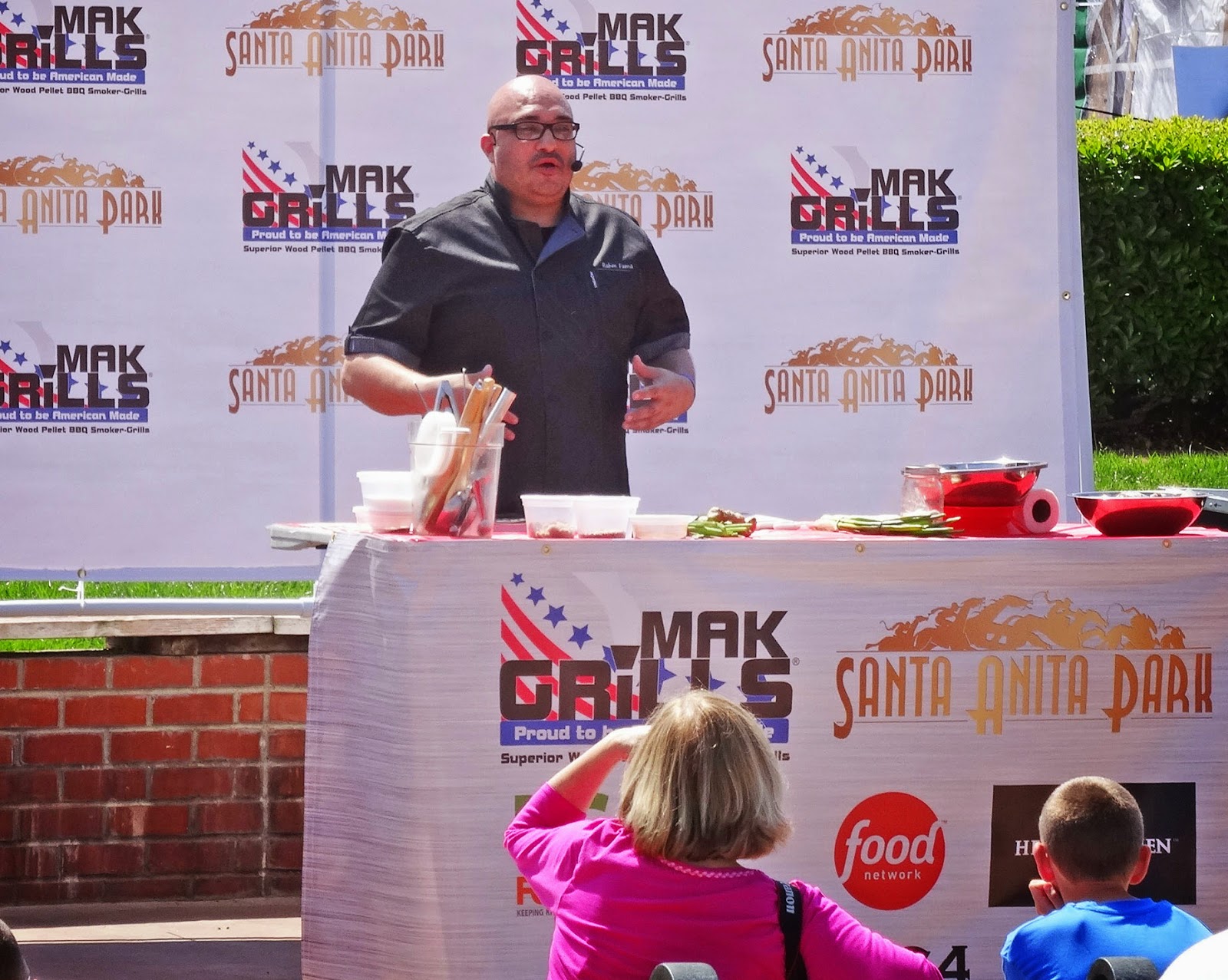 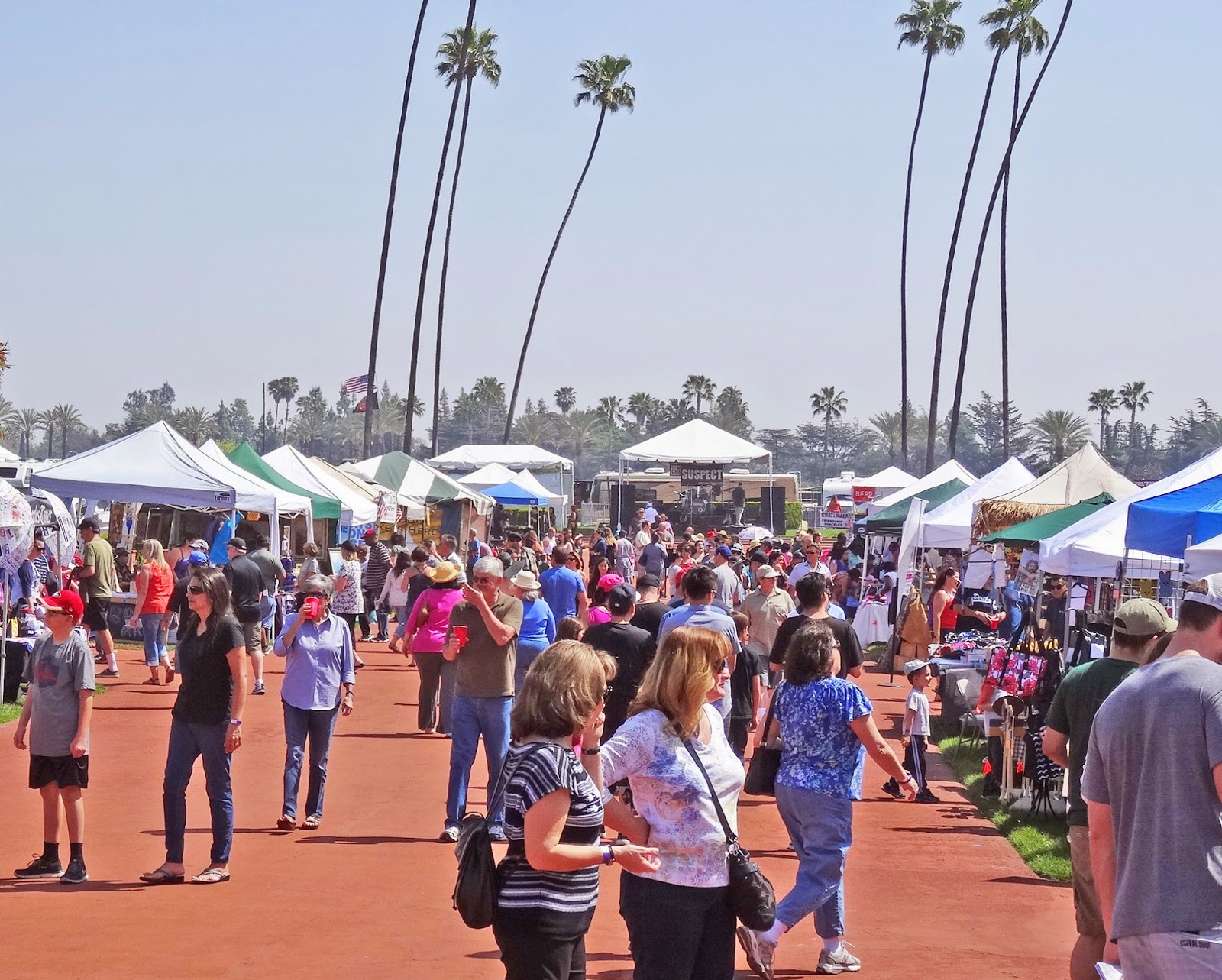 We could have valet parked the Racing Honda at the “Turf Club’ but we opted to self park today. We had to circle to the far end of the track to have access to the infield. There was a tunnel that went underneath the race track to the infield. Some of the larger bbq rigs had to wait for before and after the races when they built a temporary driving bridge across the track. The interior of the race track had almost enough room to hold the 100 competitors. 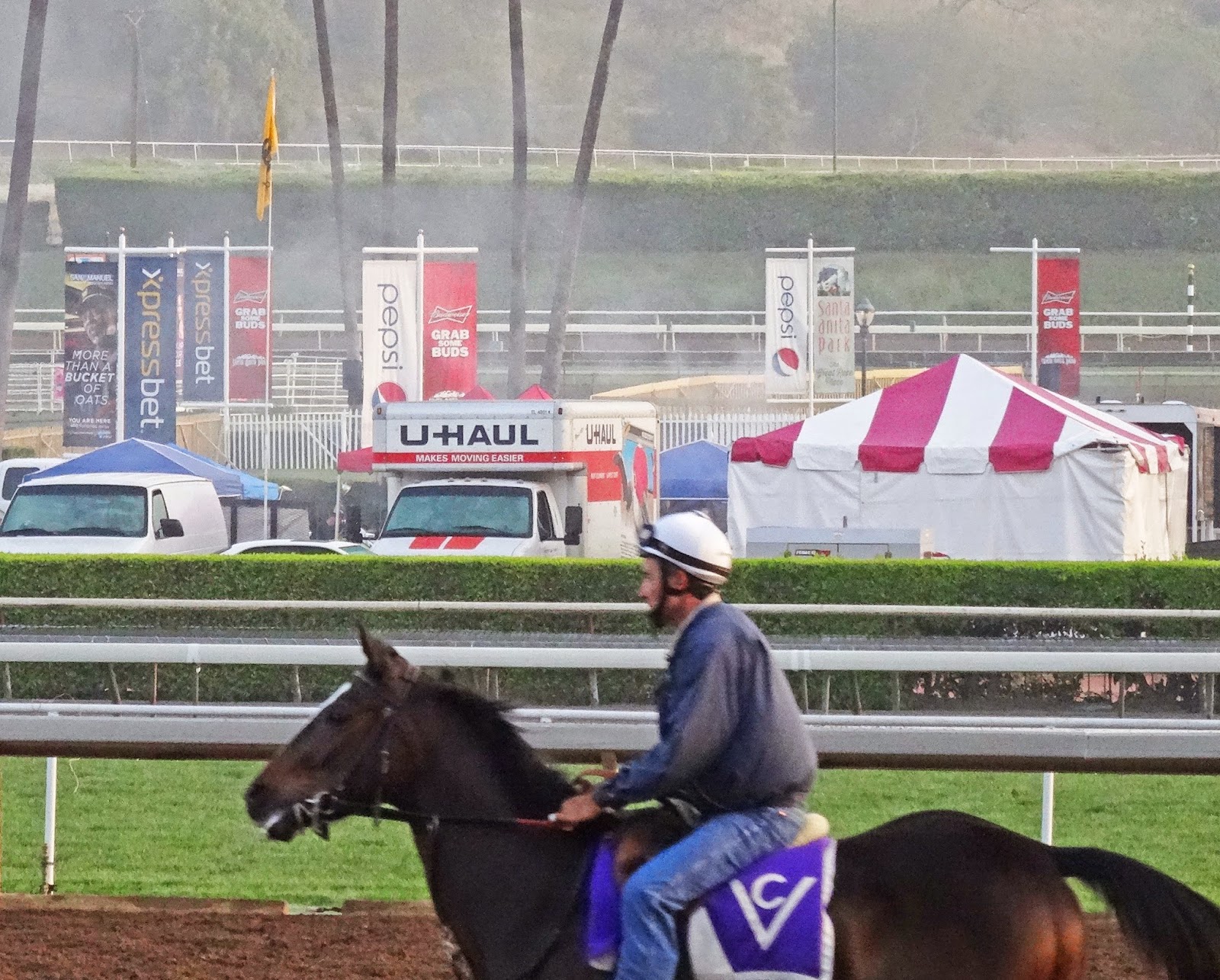 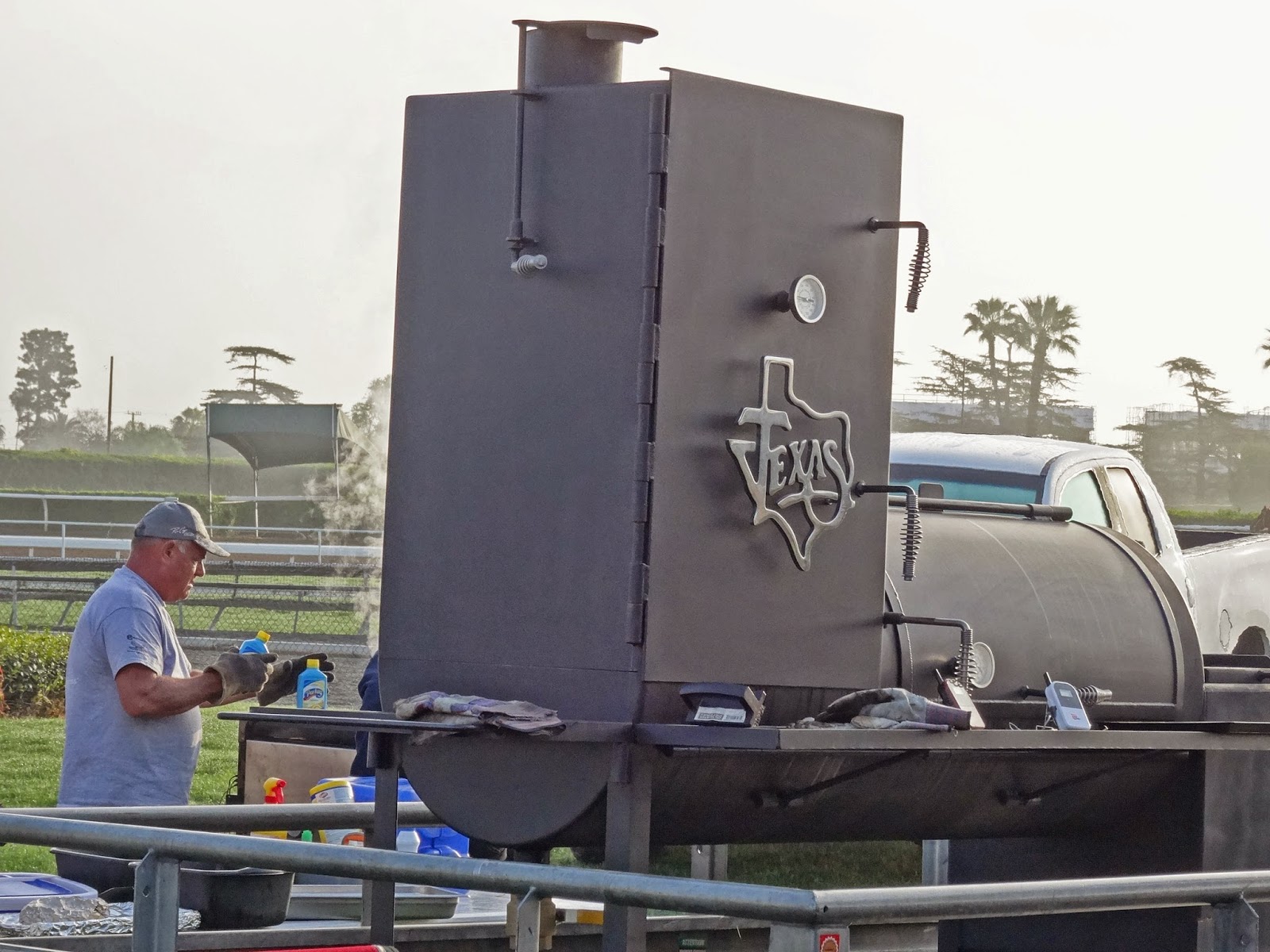 There was just this special feeling walking the grounds. Horses and jockeys ran the track practicing for the main race. The competitors were prepping for the four meats they were about to cook. The competitors were situated on comfortable grassy confines. They were also instructed to keep the noise down to not spook the horses on the nearby track. We could not wait till the main event. 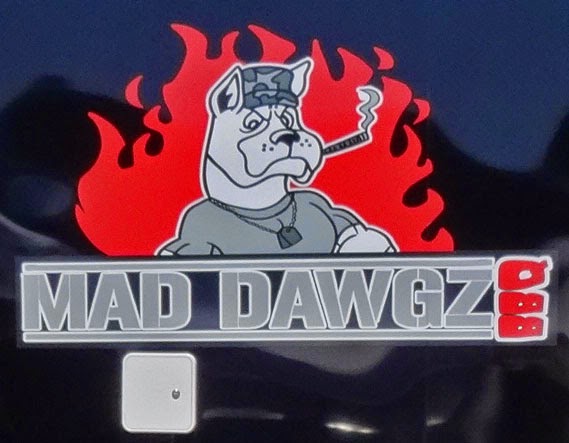 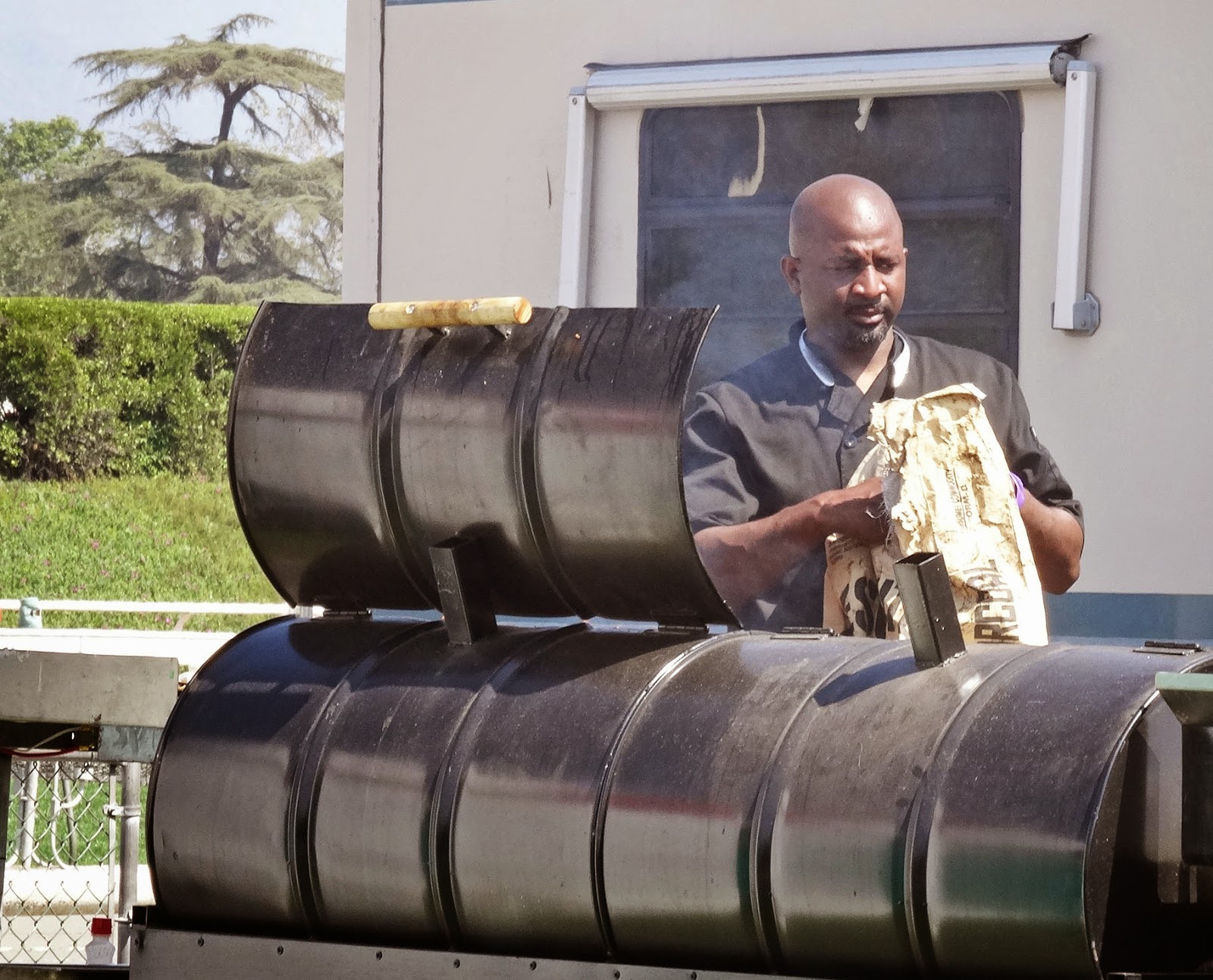 It is Saturday morning and we attend the judges meeting. We were situated in a comfortable tent that also had a soft grass floor. With a hundred teams we had enough judges to match. The KCBS representatives did a great job handling such a crowd. We sampled and judged some of the best bbq ever. 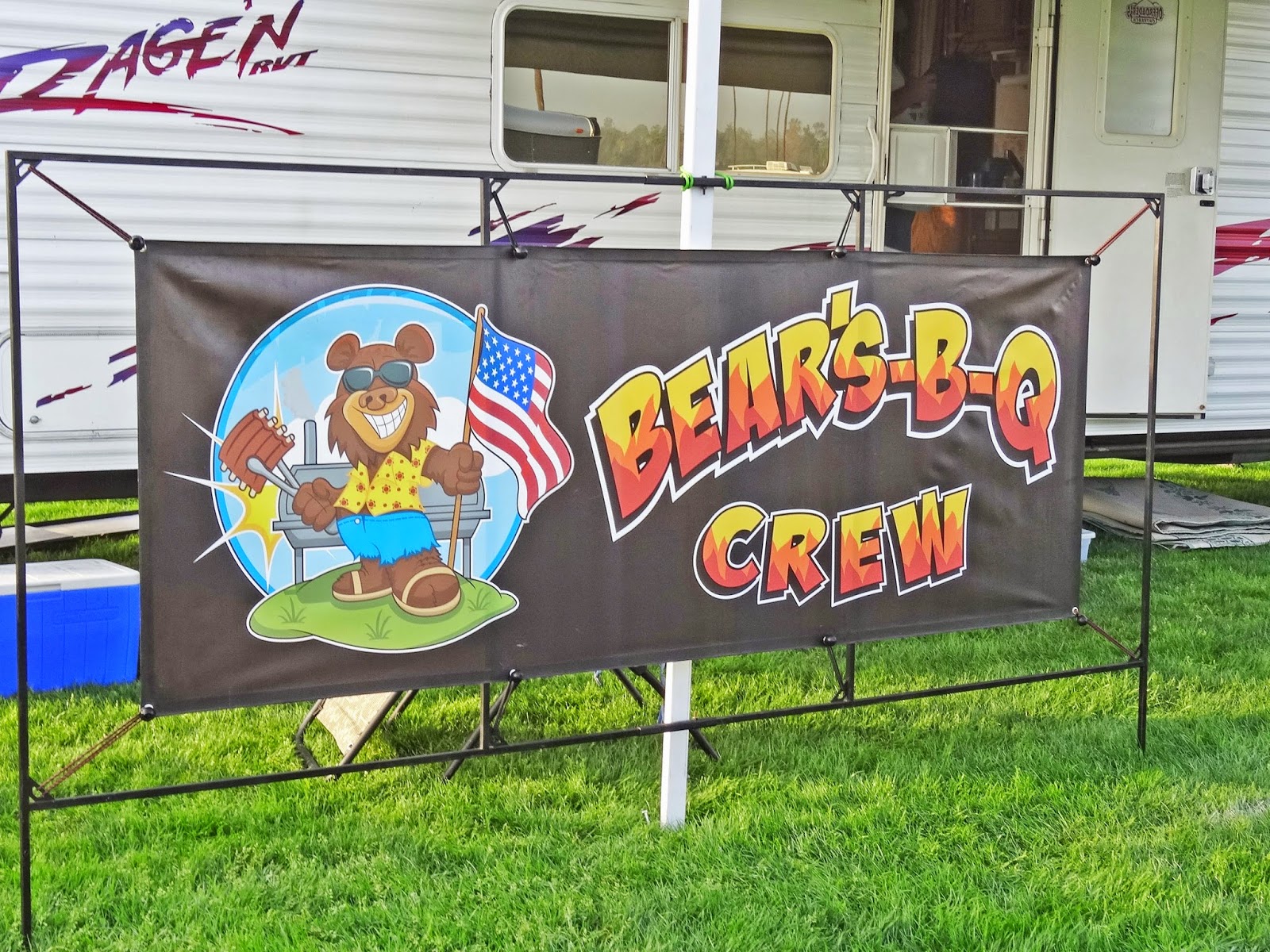 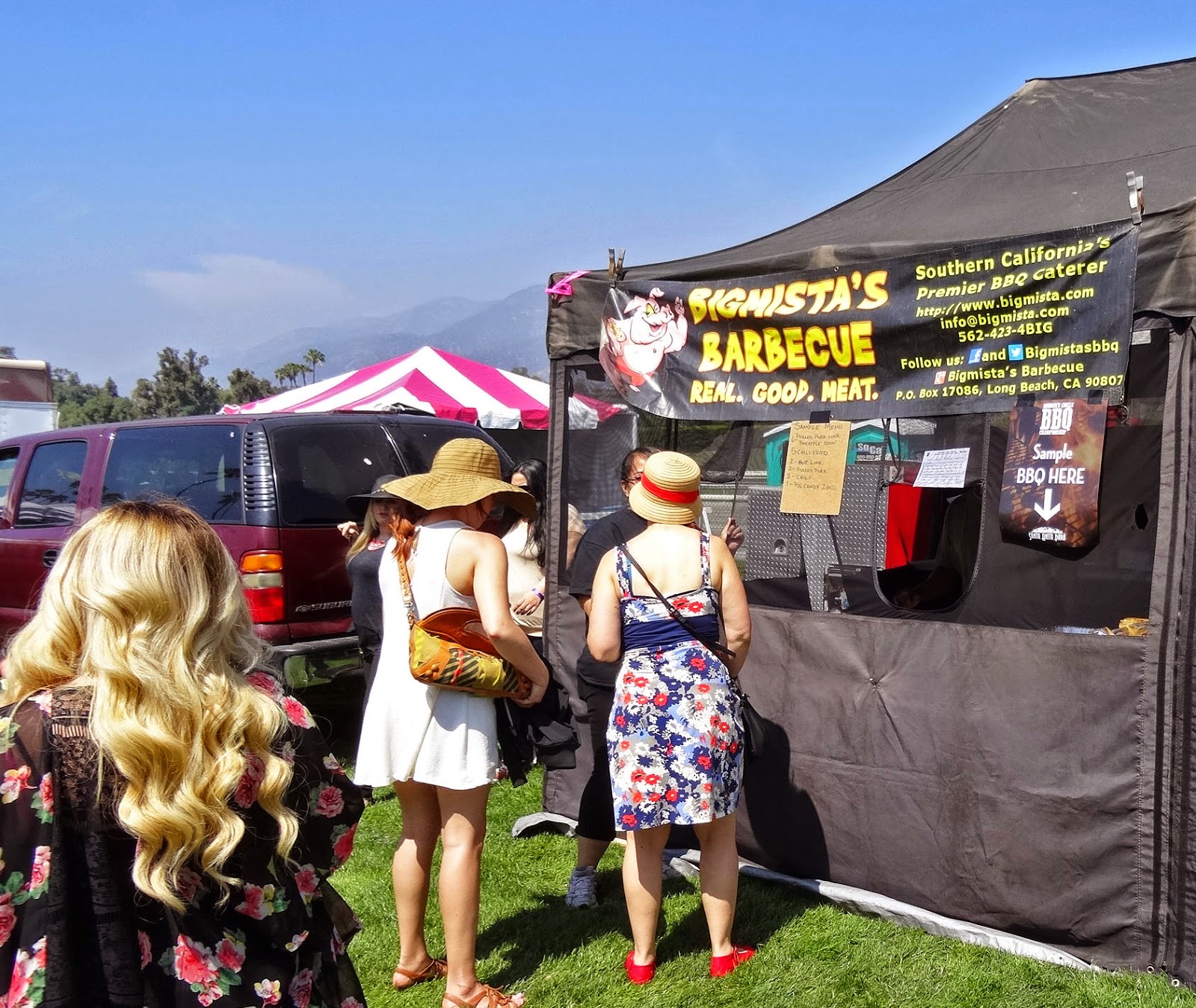 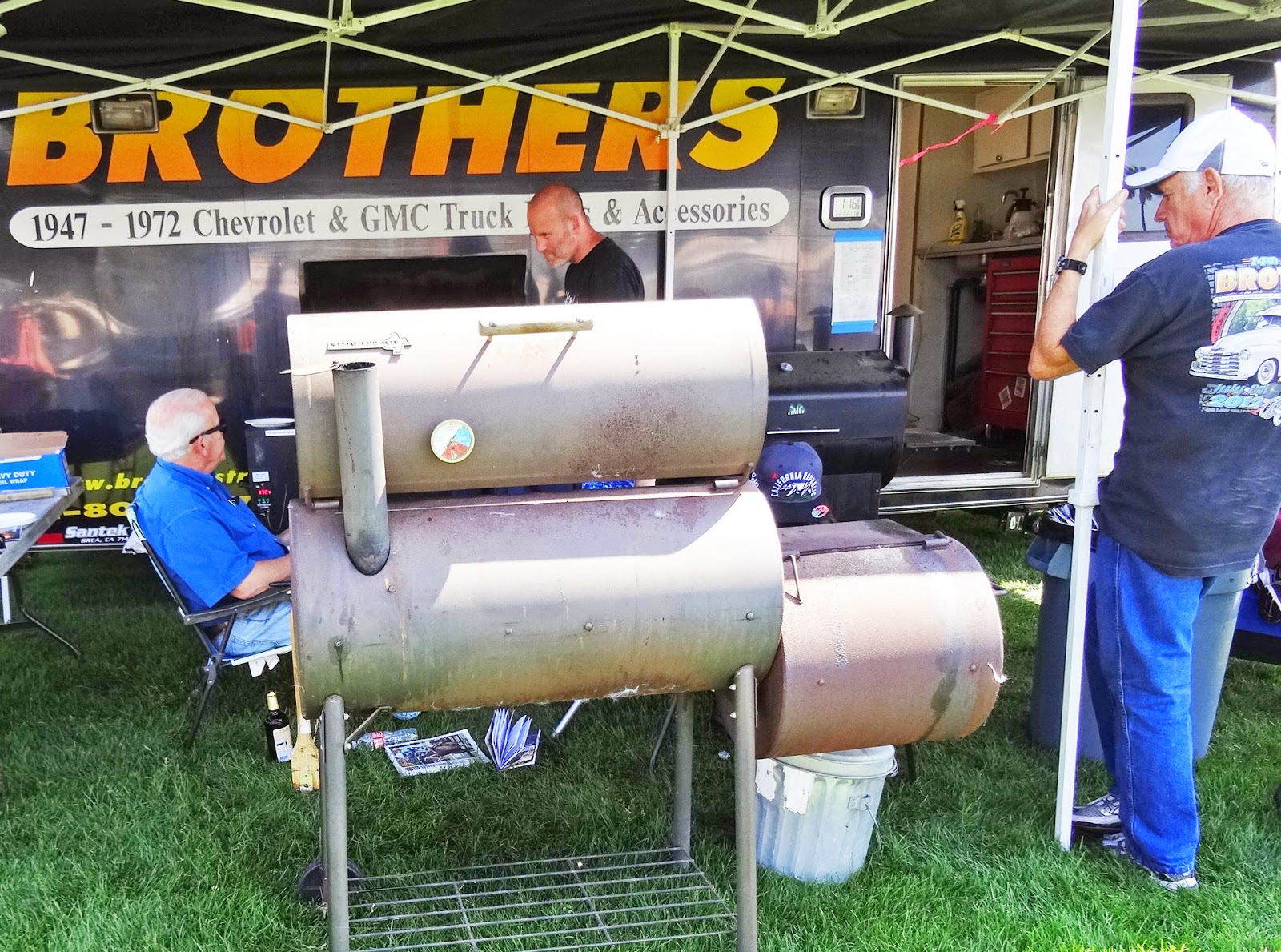 There was a huge crowd at this event. Not only was the public able to purchase this great bbq to eat they were able to bet on the horses. There was a band to entertain, food demonstrations by TV. Celebrities and even a play area for the kids made for non-stop entertainment. What I found really exciting was race time. You could hear the roar of the crowd from the grandstands. The horses would race by and you could hear and feel the excitement. 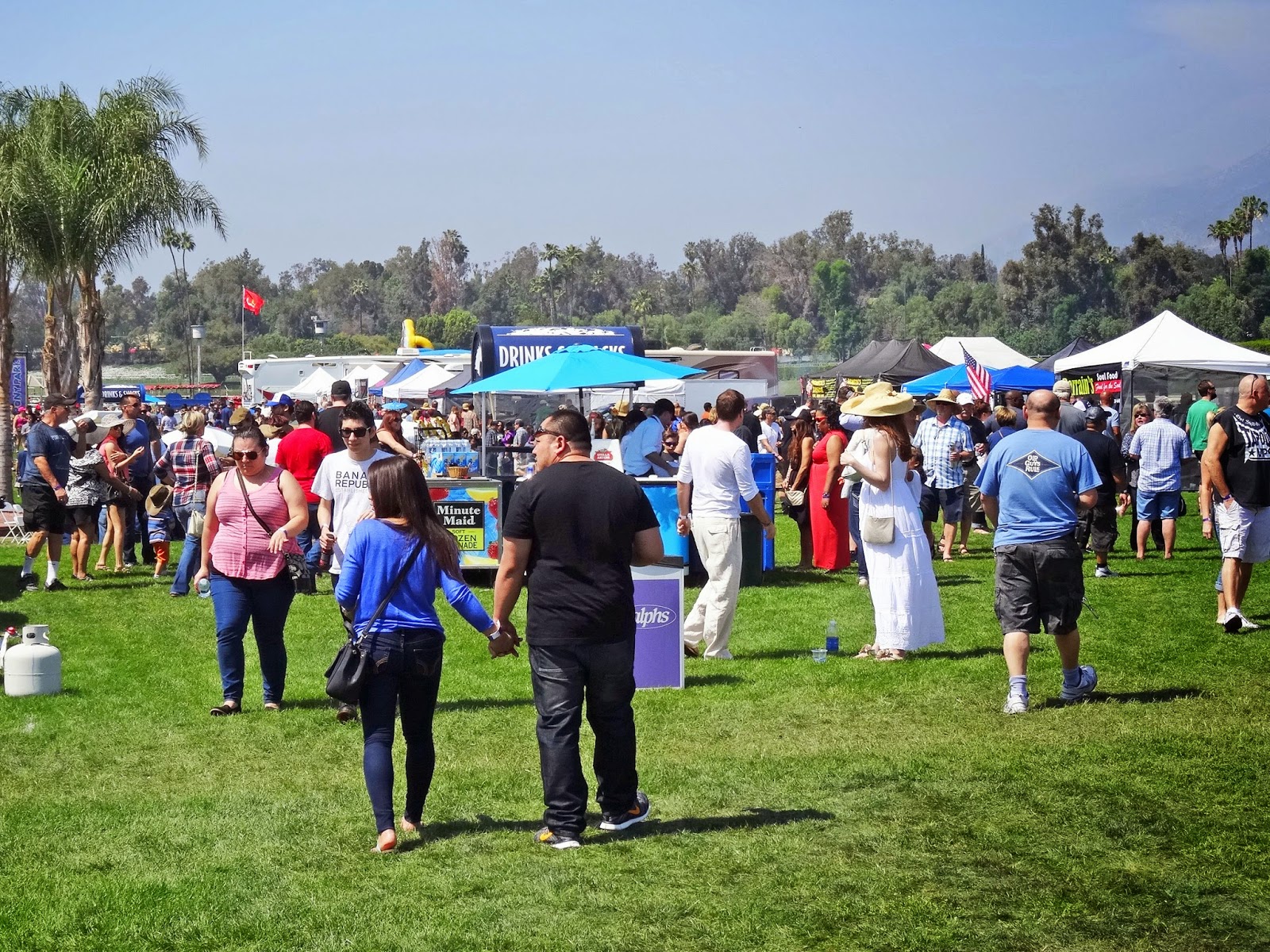 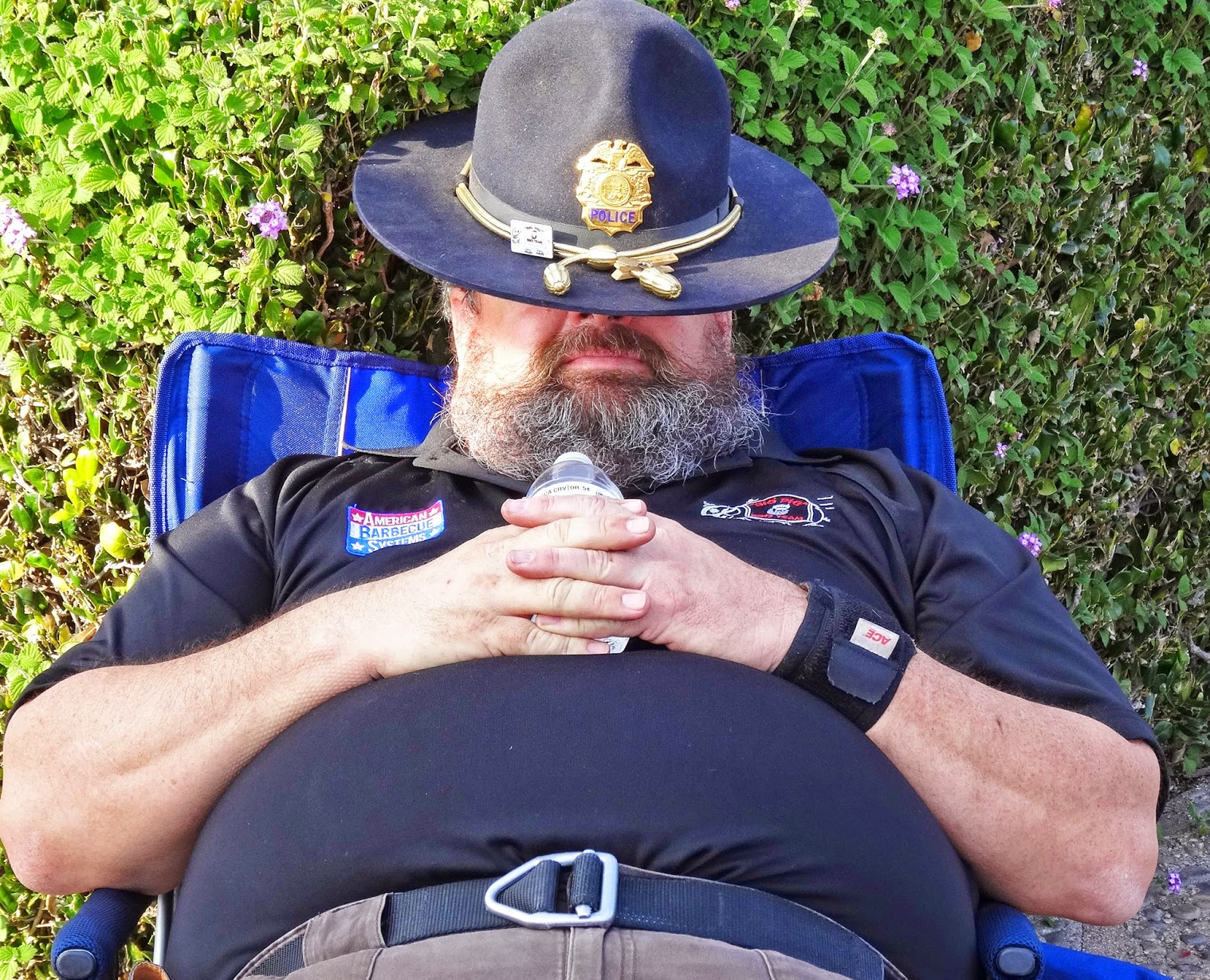 The winners were picked and it was awards time. It had been a long day. The horse races had stopped. The teams gathered for the announcements. Congratulations to ‘Knock Ur Socks Off for Reserve Grand Champion and Smoking Mo’s BBQ the Grand Champions. What a wonderful weekend. 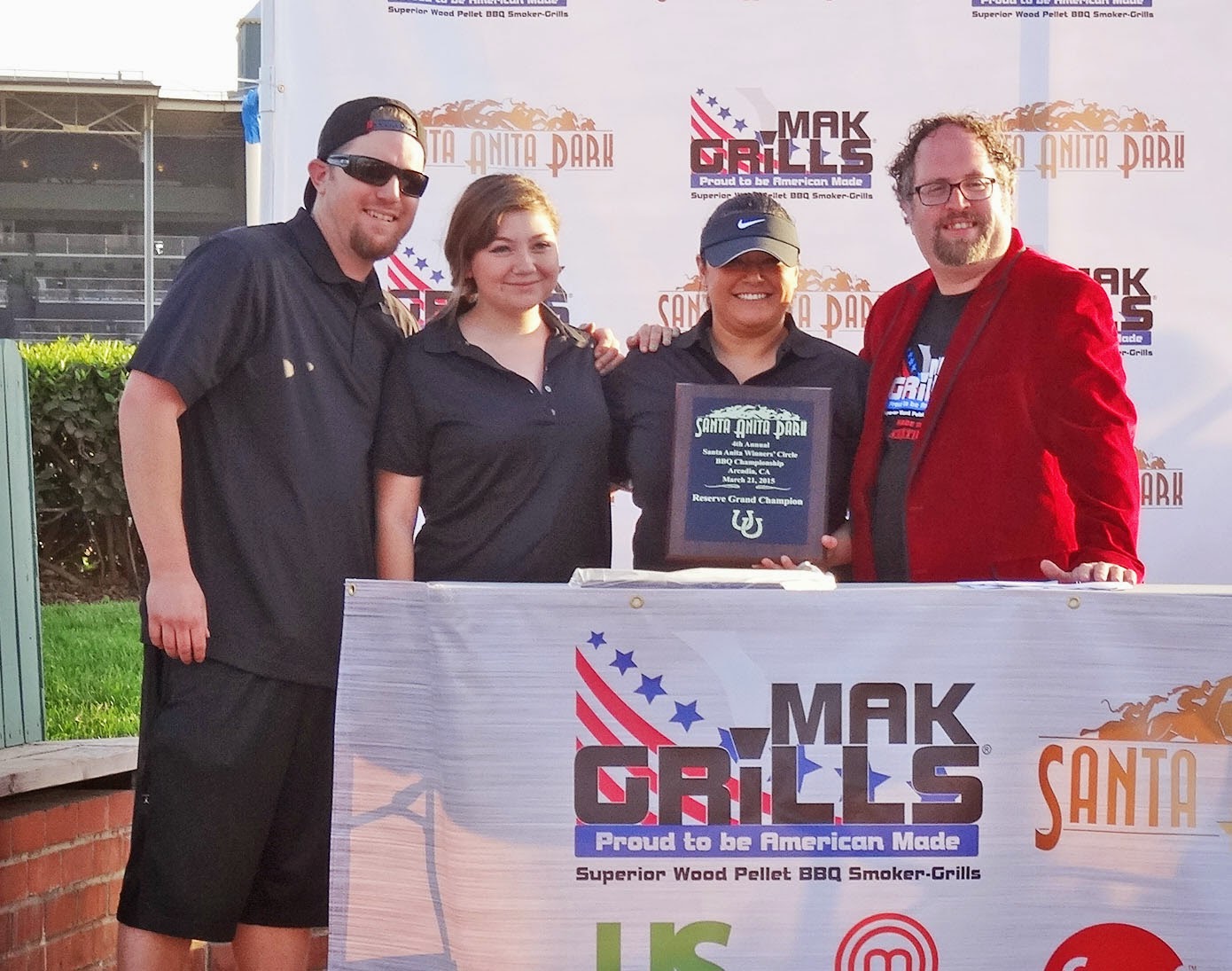 Posted by Chilebrown at 4:00 PM

A great event to remember! Thanks to all who made this happen. We had a fantastic time!