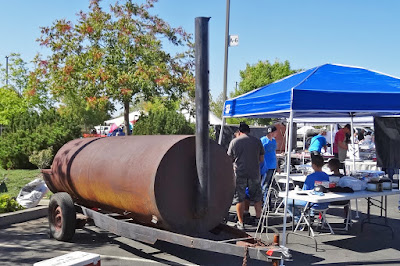 The venue is the same but the names have been changed to protect the innocent. We return to Feather Falls Casino in Oroville California for a weekend full of bbq and fun. We have returned to judge a brand new named bbq contest: '1st Annual Hot Q's & Cold Brews Championship. This contest promised to be bigger, better and a certified Kansas City Barbecue Society sanctioned event. This means it is a four meat contest involving chicken, pork ribs, pork shoulder and brisket. It is also a qualifier for the Invitational Jack Daniels competition. Even more important this events goal was to benefit local charities. This contest and event fired on all cylinders to provide entertainment and great bbq for all. We would like to share a few images with you. 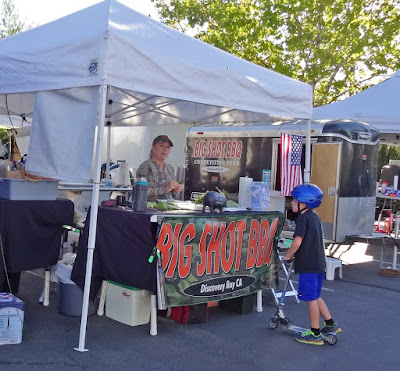 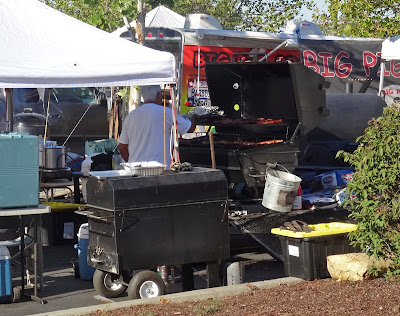 The ultimate goal of this event was a fundraiser for local charities in the community. The casino generously donated the venue, food, house made micro-beers (Ms. Goofy can personally vouch that this was some fantastic micro-beer) and staff to make this a successful event. The competitors competed for a 'People Choice' award with some of the proceed going to the charities. The public had the chance to purchase sample tickets at a nominal price to eat award winning barbeque. This was a win-win situation for all involved. 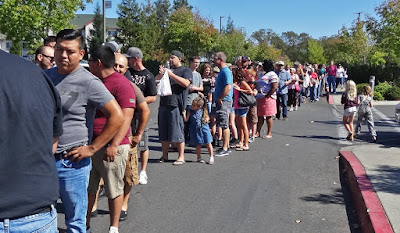 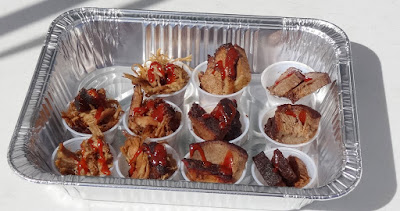 We donned our shiny Master Judge badges to sample and score some of the best bbq on the West Coast. Forty two teams were present to do battle. This was a significant number of teams considering there was a big bbq contest in Southern California and the big event in Missouri; The American Royal. 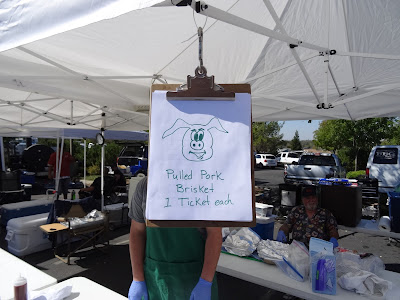 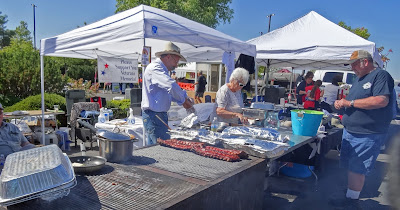 The line was long to get in . The public knew this was a spectacular opportunity to have a great day eating bbq, imbibing in micro-beers, listening to fun live music and be able to help local charities. The weather was perfect with the thermometer hovering in the low 80's. 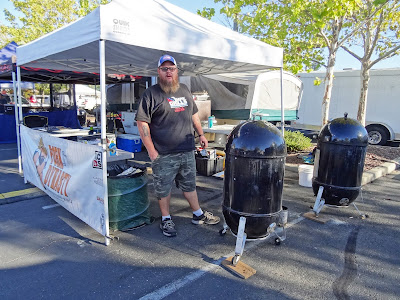 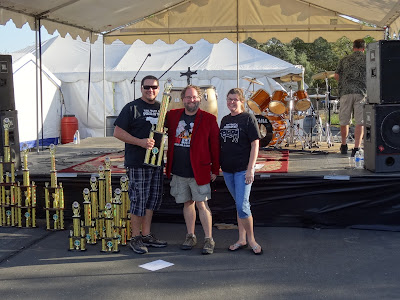 It was award time. Big Bs Down & Dirty took Grand Champion with Mr. Applejacks taking Reserve Grand Champion. Both of these teams were favorites to win and did not disappoint. This competition was one of the last KCBS contests of the season in our area. What a great season we have had. The competition is not over by any means because we have a rib contest in several weeks. This weekend was a lot of fun because Feather Falls Casino rolled out the red carpet for all involved. Thankyou! 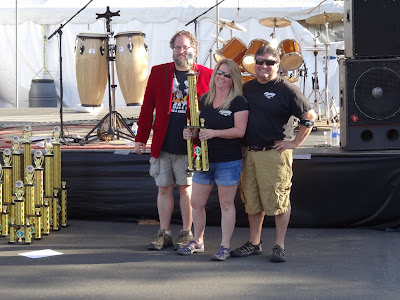 Posted by Chilebrown at 3:57 PM

Thanks Feather Falls Casino and Ben Lobenstein and everyone else who made this an awesome event! We had a blast!

Looks like an outstanding "first year" event and a good crowd too. We have our last one for the year a little over a month from now. I got through the whole year without judging a single event, hope to change that next year.

Chris, How about a road trip out West next year to compete? We have some non-KCBS events left in a couple of weeks. Ben, the organizer of this event knows how to throw a party.