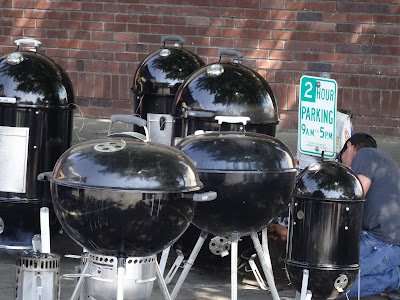 This Memorial Day weekend has been a roller-coaster of highs and lows of emotion. We would like to share the peak of the ride with some images of the "Pros & Joes BBQ Grilldown held in downtown Redding California. This annual event matches professional bbq competitors, restaurants, and caterers against your backyard cooker. This is a local event that draws a considerable crowd of bbq hungry attendees. The weather could not of been nicer with the thermometer hovering in the low 80's. 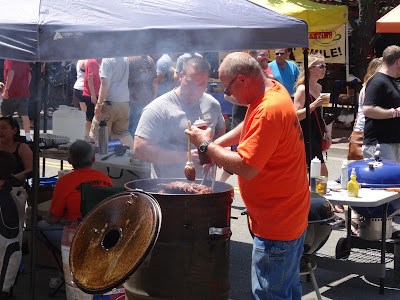 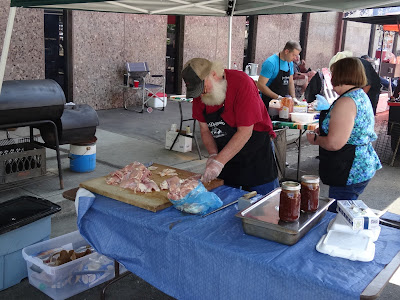 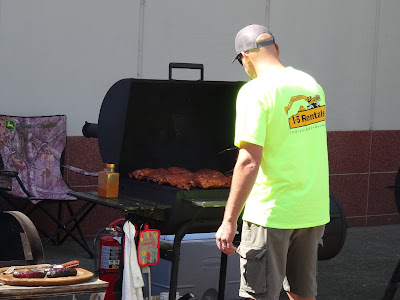 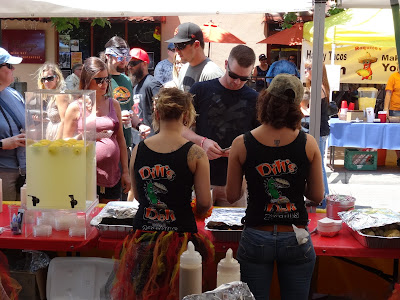 I always love to see how the competitors are cooking their meats. Weber's may have dominated this event but there were custom rigs that impressed. This 'Jambo' bbq unit may have been to pretty to even cook on. I know the owner spends a lot of money on car wax. This was a three meat contest that consisted of chicken, ribs and tri-tip. Whatever cooker was used, we judged and scored some great entries. It does not get any better being able to sample and score such great food. 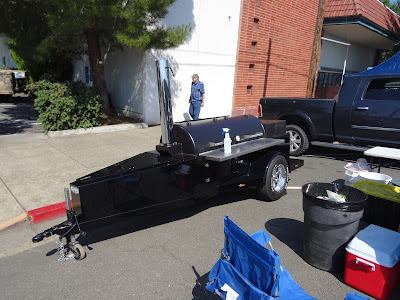 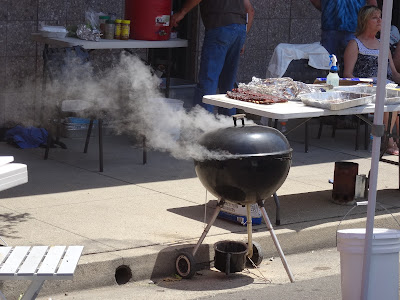 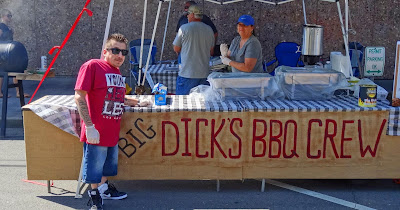 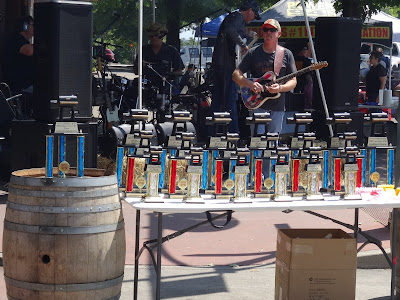 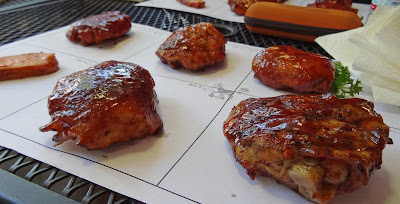 This was a unique way to cook some tasty snacks. This was just a wheelbarrow with a cooking grate over the top. This caterer also had a custom bbq rig that consisted of the interior of an old washing machine. They were preparing some very tasty pulled pork & cream cheese stuffed jalapenos. The public was allowed to sample these tasty treats by purchasing tasting tickets. 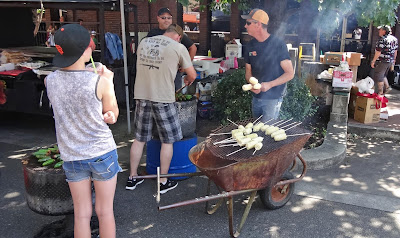 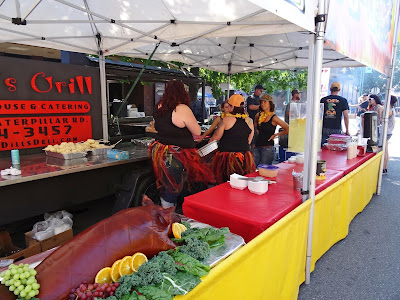 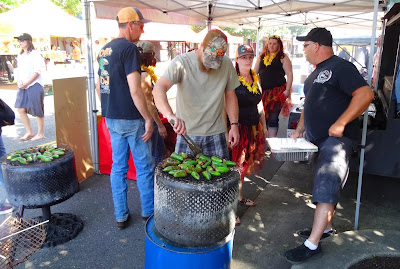 Congratulations to our friends David and Tracy Duarte from the bbq team 'Applejacks BBQ' for winning the Grand Championship. They are a local catering company that was a heavy favorite to win this event. Everybody was a winner today You could see it on the smiling, bbq sauce smeared faces of the festive crowd. We look forward to next year. 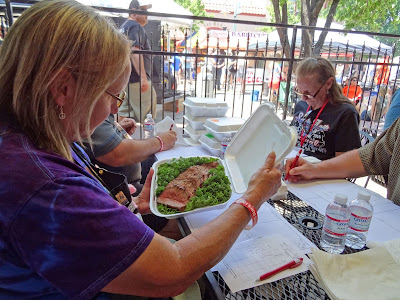 Posted by Chilebrown at 6:38 AM

Big Dude, I just liked these images. I usually shoot a lot and post my favorites.