"And There Off", to the bbq races at the 6th Annual Santa Anita Winners Circle BBQ Championship. What a fun weekend; doing what we do best. We ate, drank, wagered and scored the best barbeque in the nation. This magical event was held in the center-field of the famous Santa Anita Race Park. This race track is glorious and has old school charm. Seventy seven competitive barbeque teams wagered their best offering of four meats (chicken, pork ribs, pork shoulder and beef brisket) to win the coveted Grand Championship. There also was a whole lot of prize money up for grabs too. We would like to share a couple of images with you. 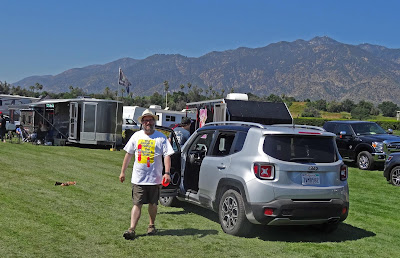 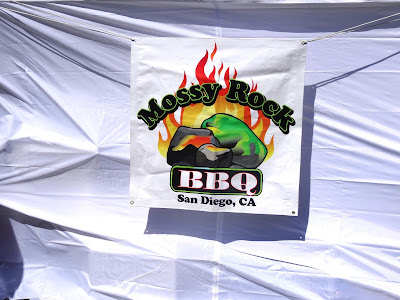 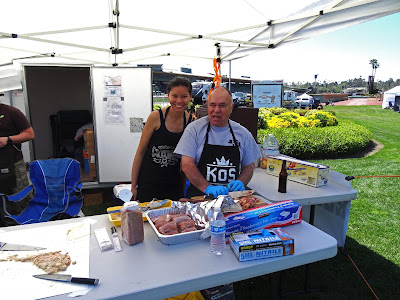 A special shout out to the one man team of "Slo-Dog Q". It takes a big commitment to turn out four meats by a one person team. Slo-Dog Q did take a walk with a tenth place in 'Pork". We had a blast connecting with our bbq community. We greeted old friends and made new ones. There were competitors from at least four different states and came as far away as Kansas. This made our 6 hour journey in the 'Racing Honda" very short. (and fast with Ms. Goofy at the wheel). The weather could not have been nicer. The high 70's and possibly breaking 80. It brought out a lot of people to enjoy the event. 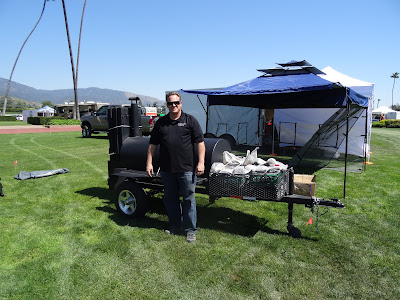 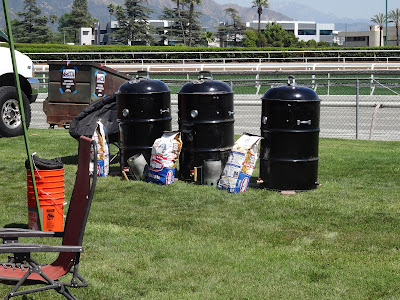 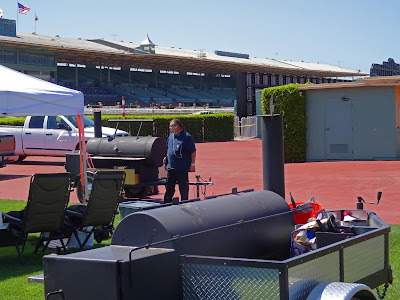 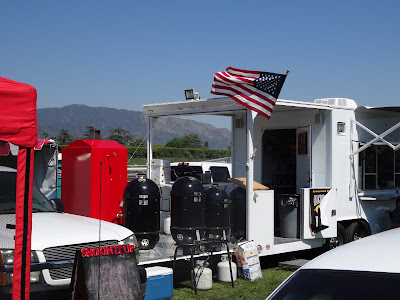 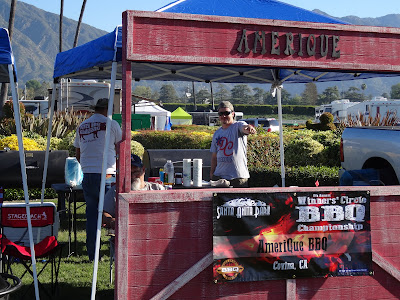 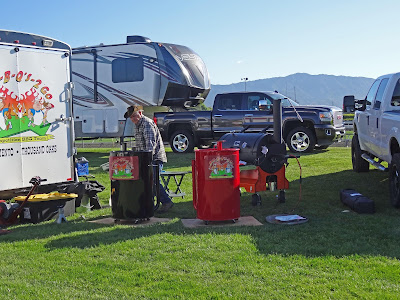 The public was allowed to purchase and sample barbeque from competitor/vendors competing for a Public Choice trophy. The food price was very nominal to enjoy championship bbq. I was tempted to purchase some tickets but after judging duties I was a tiny bit full. There was a band to entertain that had Ms. Goofy dancing up a storm. If dancing and barbeque was not enough, there was the whole element of horse racing. So much to do. 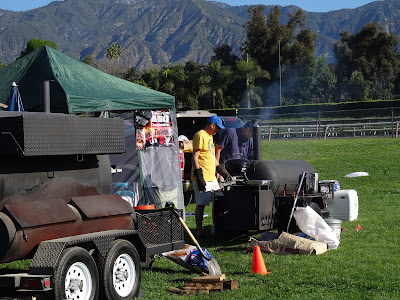 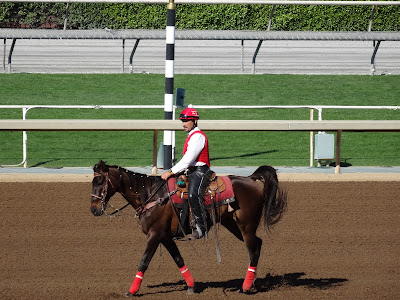 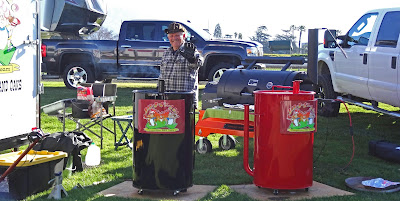 Strolling the grounds after judging was such a treat. There just is a feeling and vibration of jubilation. I am not sure if it was the food, music or the excitement generated by the horses galloping by. Whatever the reason, this is an event not to miss. 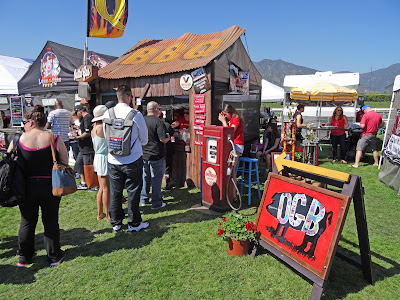 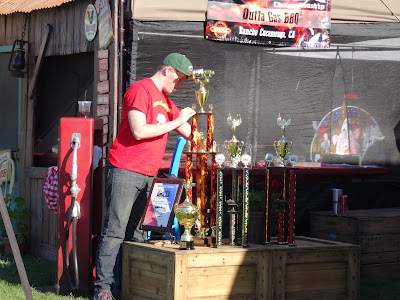 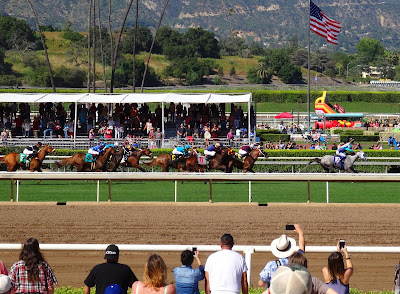 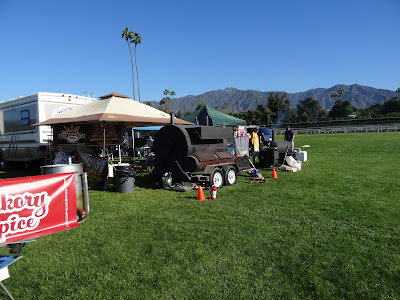 It is after five o'clock and the races are winding down. It is time for the award ceremony. Promoter Ric Gilbert was the Master of Ceremonies while Ben Lobestein dispensed the trophies and monies. They had a attentive audience because it was time to get paid. The ceremony started and the results were revealed. What a great way to end the day. When the dust had cleared 'Burnin and Lootin' was directed to the Winners Circle to claim Grand Champion of the 6th Annual Santa Anita Winners Circle BBQ Championship. 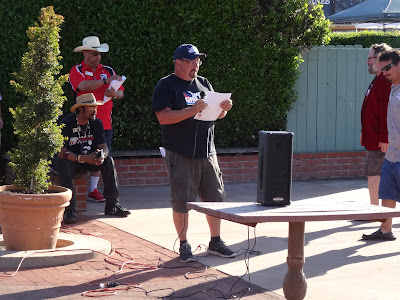 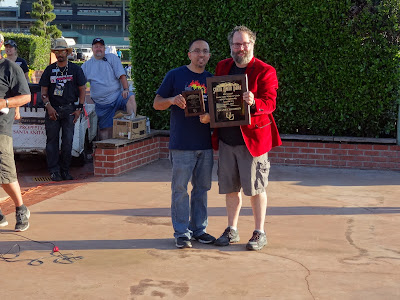 Posted by Chilebrown at 2:58 PM

Great time had by all. Such a beautiful venue. Thanks to all the hard working folks who make this event possible.