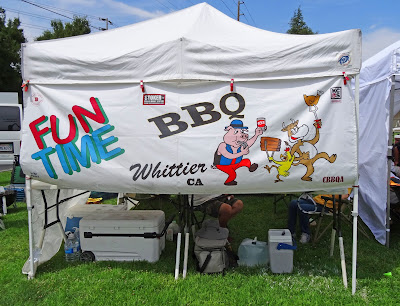 This competition barbeque teams name sums of our day at the Silicon Valley BBQ Championship; "Fun Time". The heat wave has broke and the weather was cool and pleasant in Santa Clara California for a barbeque competition. Sixty five teams were on hand to show off their skills and we were ready to sample and judge the battle. This is what we do. 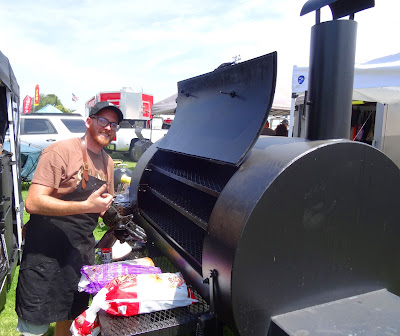 This is our friend Andy with his brand spankin new Lang Cooker. This is one mighty powerful cooker. He is fine tuning and learning how to maximize the potential of this beauty of a cooker. 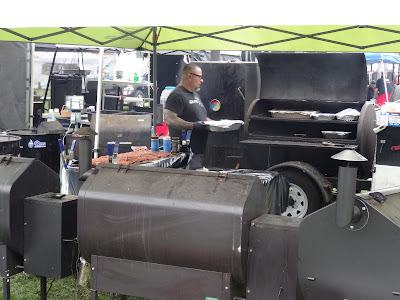 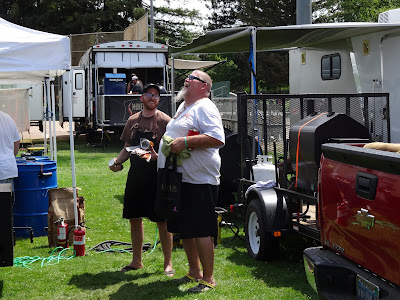 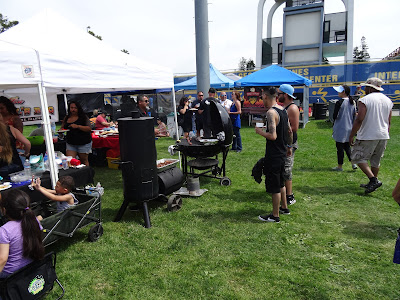 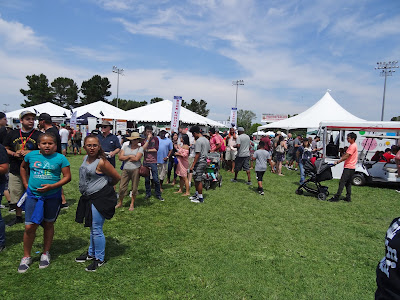 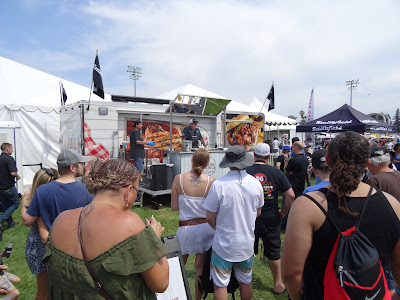 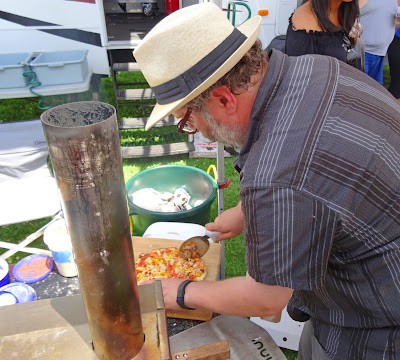 This is our friend Ben who was making pizzas for competitors and friends who wanted a little break from the bbq. This pizza cooker was run on hardwood pellets. Ben had a station to custom make your own pizza. This was some most delicious pizza. I snapped this image of the police van backed right up to the beer booth. I hope the officers where off-duty. The last image is of our friend Rick who is holding the remains of his charcoal starter. I hope he got the license number of the culprit. 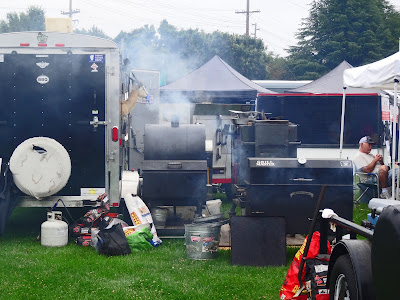 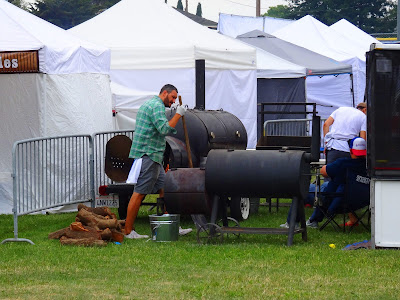 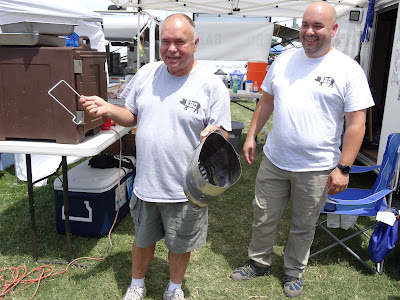 Congratulations to Mar-B-Que's BBQ for winning the Grand Championship. There were some heavy hitters in the bbq competition crowd today. Speaking of crowds, todays public experienced championship bbq at its best. We were proud to be a part.
Posted by Chilebrown at 7:25 AM

Looks like a good event! It's been a while since we competed against more than 50 teams (not counting Memphis In May), quite a crowd. Your friend Ben looks like Dave Anderson from behind.

Chris, Ben looked liked he was having a lot of fun. His new nickname will be Luigi.