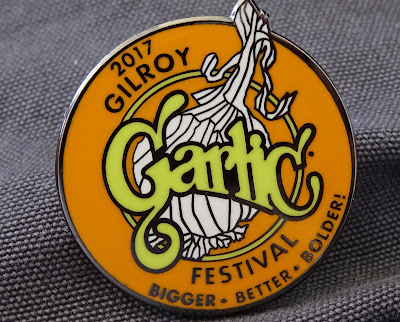 We knew it was the right freeway exit when we could smell garlic. We were on our away to the Gilroy Garli-Que Challenge. The garlic festival is one of the largest food themed events in the United States attracting approx 100,000 people over a 3 day period. The garlic festival was also holding a KCBS State Championship which we were privileged and honored to be judges. The Racing Honda had special privileges today because we parked in the coveted volunteer lot right next to the festival. All else had to park several miles away in a field to be bus shuttled. Let's take a look. 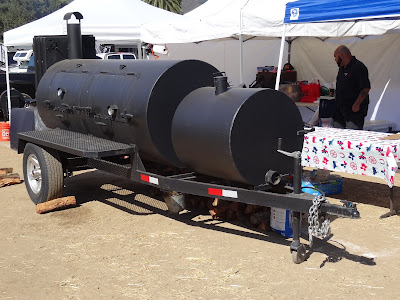 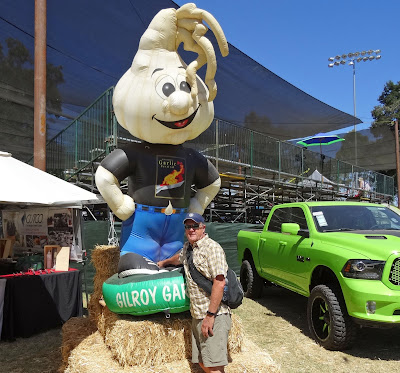 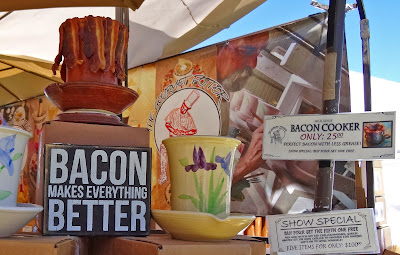 The festival had several area for craftsman to sell their wares. This image above is of a bacon cooker. It involved a large ceramic cup with an attached saucer which one would drape bacon over the top of the cup. You would then bake or microwave the unit until the bacon became crisp. The fat would drip into the cup and saucer with crisp bacon remaining. It sounded interesting but at 25 dollars a pop I will stick to my trusty black iron. There was also plenty of garlic themed product to choose from today. I did find some garlic hot sauces. 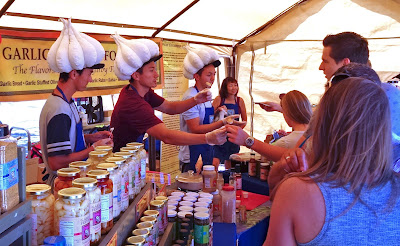 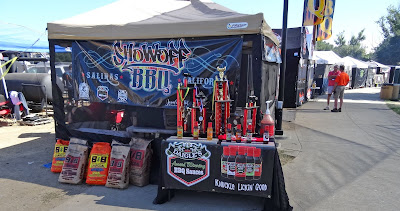 It was hot today and it was crowded. There were plenty of refreshments and music to cool the stinking rose perfumed crowd. There was a cooking stage for garlic dish demonstrations. Giada De Laurentis was scheduled for the next day and we were sorry to miss her. We performed our judging duties and had some fantastic bbq today. I do have to admit none of the bbq competitors braved a garlic themed sauce or rub. We did score and sample championship bbq. 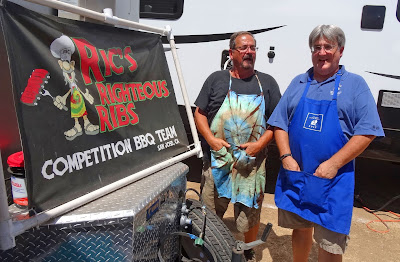 This is a picture of our friends Dana & Ric of the competition bbq team "Ric's Righteous Ribs" who took first place in the auxillary category entitled. "Anything Goes with Garlic". Congratulations to 'Smokin Mo's" for taking Grand Champions. We have to wait a whole week for our next bbq event. See you there.

Big Dude, I am still burping garlic. I am not sure if I am ready to wear a garlic hat. Ms. Goofy took home a Nations hot dog hat.