Where have we been? It seems like an eternity since our last bbq competition. We are at the Van Ruiten Winery for a bbq competition that also is a fundraiser for the charity group "Autism Speaks".
Van Ruiten winery is located in Lodi California one of the states premium wine growing regions. In fact our venue is located right smack in the middle of a working vineyard. It was a grand day to judge some bbq and drink some wine. We would love to share some images with you. 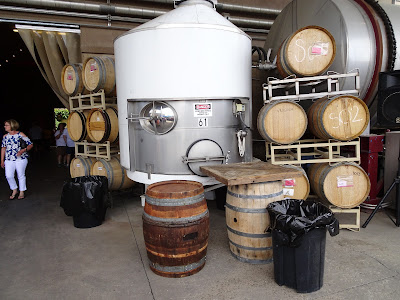 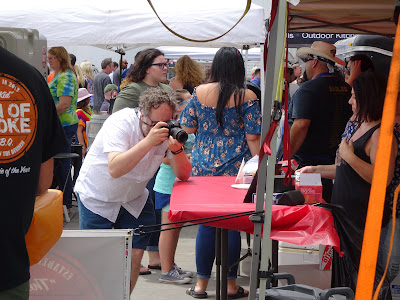 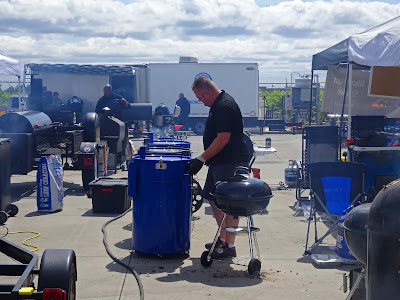 No, Ms. Goofy did not upgrade the Racing Honda. We are in wine country and what better way to arrive but in a bright red Ferrari. Today was the perfect day with temperatures in the 70's. The breeze was a little challenging for the cooks but they are professionals. 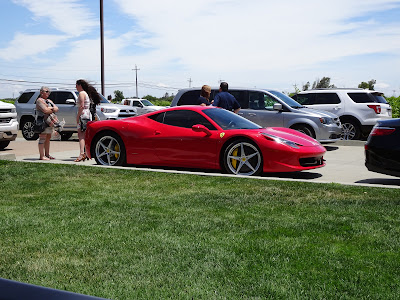 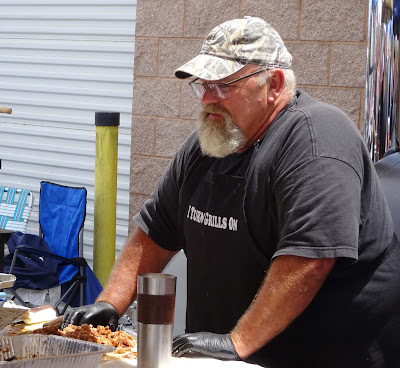 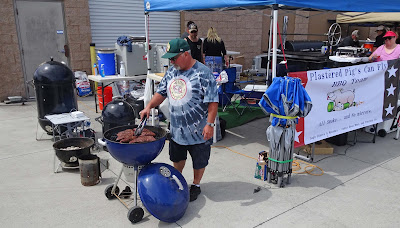 The judges were very hard at work today. We had tri-tip, ribs and a mystery meat to judge. The mystery meat was revealed to be chicken. The competitors had to cook their chicken in a bbq but they could present it anyway they thought would wow the judges. We saw everything from tacos, sausage, chicken topped raviolis, puff pastry topped with chicken and one of my favorites bacon wrapped cream cheese filled chicken rolls. This was a fun and tasty category. 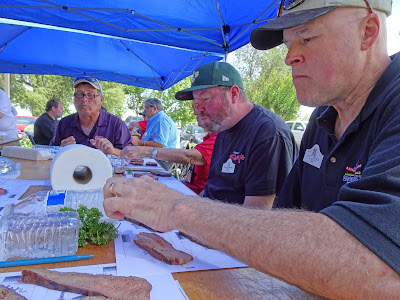 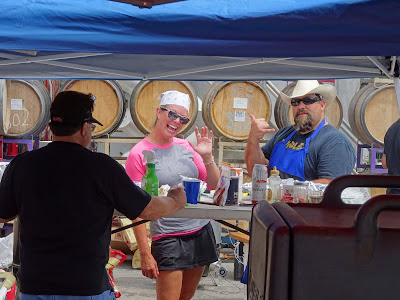 This was an entry from the category of "Mystery Meat". The competitor used his bbq chicken to make a very delicious salad. They then baked some puff pastry in their bbq. They were combined to make a very scrumptious entry. It did not win first place but it sure was tasty. 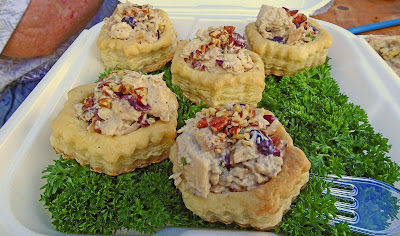 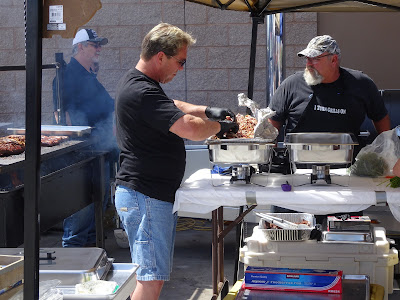 The public was able to meet and greet the competitive bbq teams. This was an intimate setting that gave an up close look at the workings of a competition. The public was allowed to buy food and drink tickets to sample award winning bbq. They also got to try some of our gracious hosts, Van Ruiten premium wines. There was a band to entertain. While one was listening to the music they could stroll the large raffle prize area to purchase chances of winning while benefiting 'Autism Speaks". I dropped my tickets in the shiny new red Weber BBQ box. (never enough of shiny new bbqs I always say). 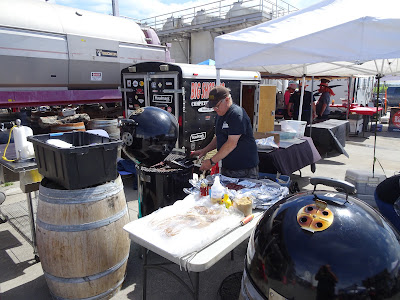 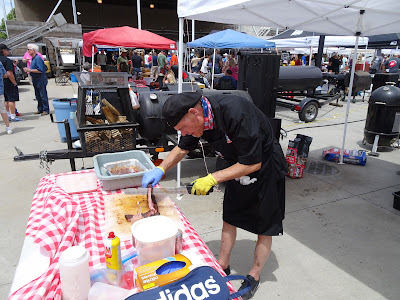 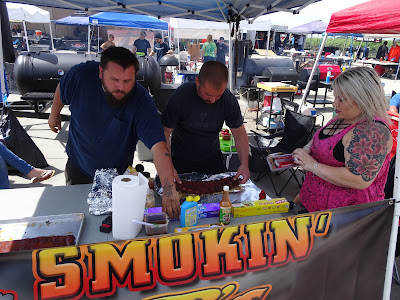 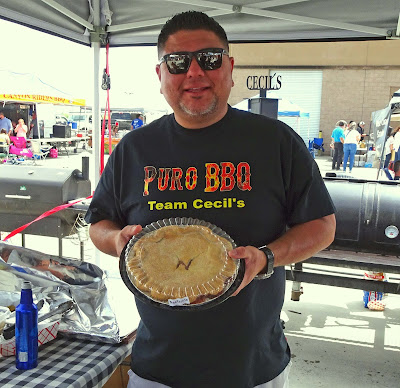 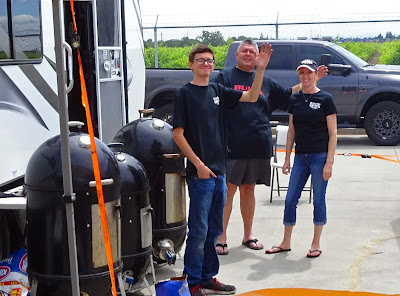 This last image is of an Ugly Drum Smoker referred to as a UDS. It is amazing how such a simple cooking vessel can turn out championship bbq. The real reason I wanted to show you this shot was to demonstrate that we were situated right smack in the middle of a working vineyard. It does not get any more California than that. Congratulations to our friends Gina & Jack of Big Shot BBQ for winning the Grand Championship. We cannot wait till the next event. 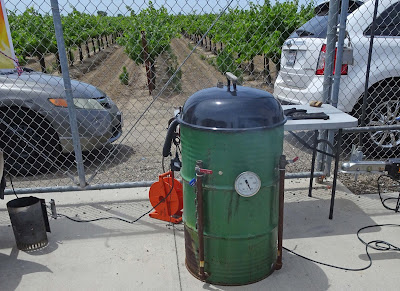 Posted by Chilebrown at 6:54 AM

Looks like a fun day in a great location

Big Dude, This is one of our favorites. Well at least to the next one.

OOPS won a half-case of wine in the raffle, which I'm supposed to pick up at the Stockton ABC office by Thursday, aargh!

Aaron, Congratulations on the wine. That is a stretch to drive back to Stockton during the week for you. We won some bbq sauce and hot sauce several years back and had to drive back also.