We lead off today's story with the Big Idaho Potato Tour truck. What does a giant potato have to do with a bbq festival? Well it is a lot of fun and that is what we are having today. This giant potato was parked right smack in the middle of the Clayton BBQ Cook Off. This was a festival in Clayton, California that also was a KCBS Pro & Backyard BBQ competition. Come along and have some fun with us. 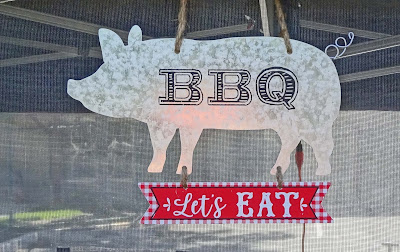 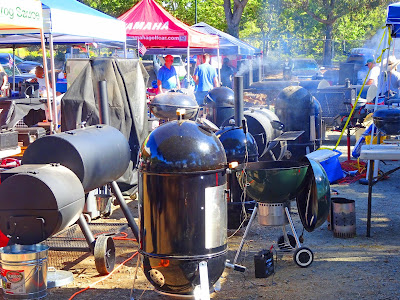 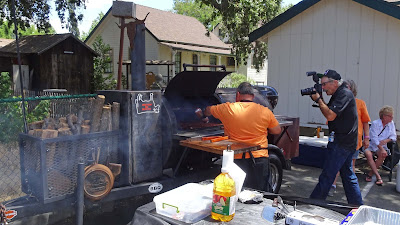 Mother nature was very kind to us today. The thermometer was in the low 80's which made it very pleasant to stroll the grounds and eat championship barbeque. The public got a chance to see the competitors up close and personal at this venue. They then had the opportunity to purchase bbq from several vendors. A lot of local business and craftsman set up booths to inform and persuade your patronage. 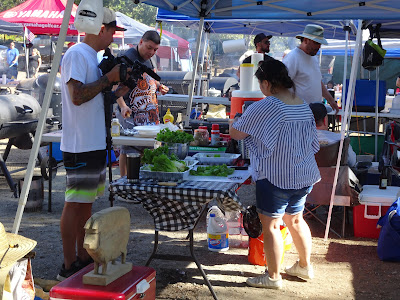 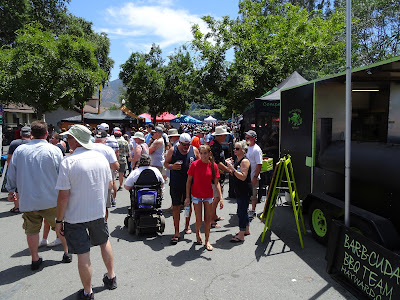 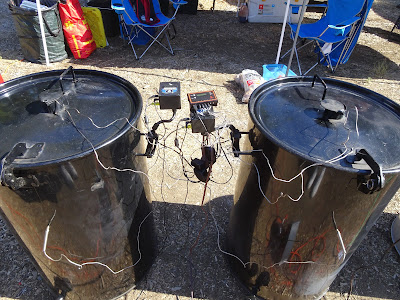 Notice the electronics on top of these two Ugly Drum Smokers. (UDS).Technology is very important and widely used in competition. It adds consistency and convenience to make a superior bbq product. Speaking of superior bbq, this is what we came for. We were privileged to be able to sample and judge some of the best bbq ever. 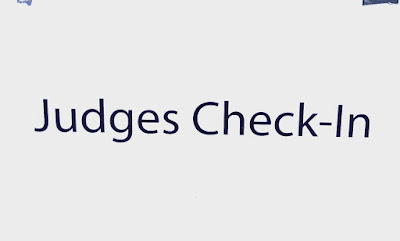 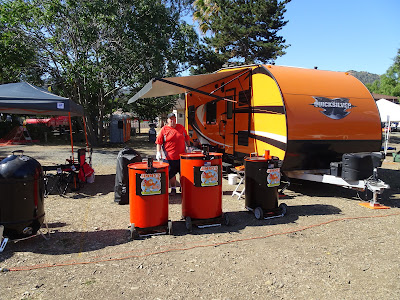 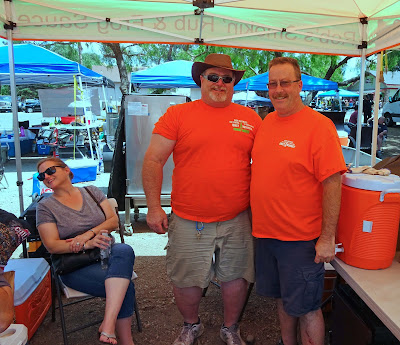 Pictured  here on the left and in the bright orange is Rob Ryan. He took Grand Championship and first in pork ribs in the Backyard division. Rob is a fixture at competitions. He owns Robs Smokin Rubs. He makes  very excellent bbq rubs and sauces. Congratulations Rob. 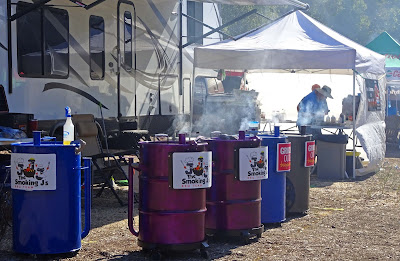 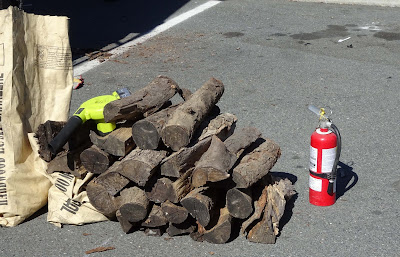 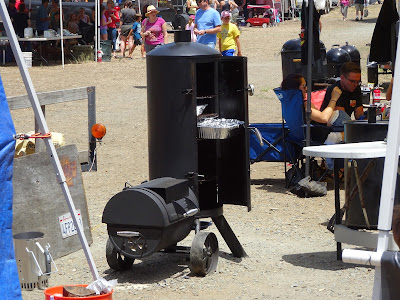 Below is Scott and Tracy, two Master Judges who ran the KCBS information booth. They are rock-stars in the judging tent. Congratulations to the team Smokey Hog Island Love for winning Grand Championship in the Pro. Division. This was another great day for barbeque. What fun we have. 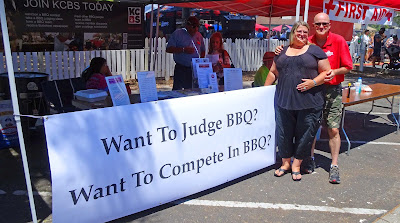 Posted by Chilebrown at 7:06 AM