BBQ IN THE GLEN 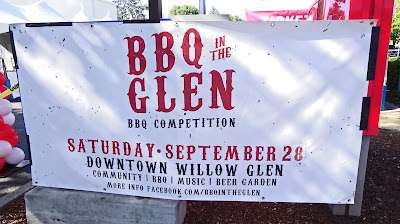 BBQ in the Glen BBQ Competition was a fun tasty way to spend a Saturday afternoon. We are in Willow Glen California to attend and judge a three meat competition. We have the coveted position of sampling and scoring championship entries of chicken, ribs and tri-tip. The weather could not of been nicer with the thermometer barely breaking the 80 degree mark. We would like to share a couple of photos with you. 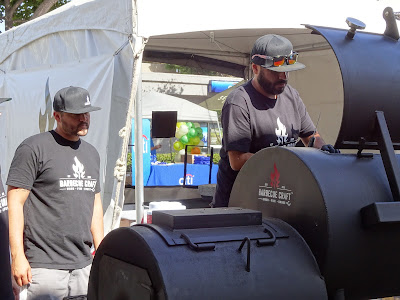 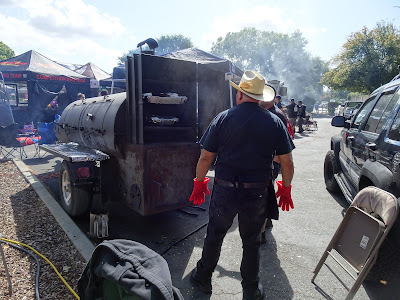 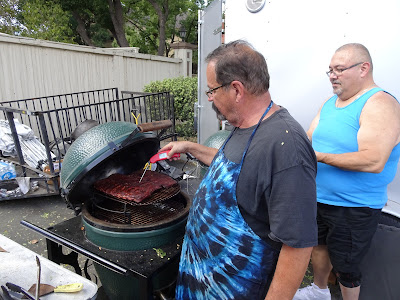 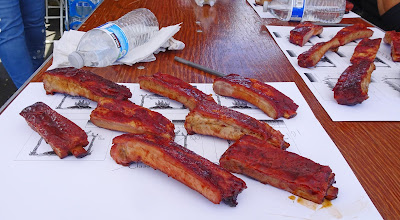 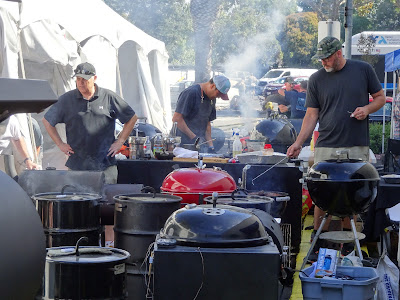 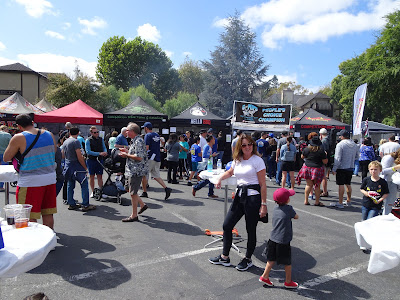 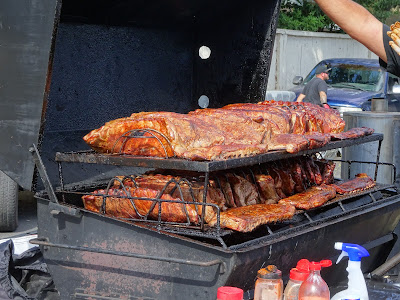 This is not a KCBS sanctioned event so photos are allowed and encouraged in the bbq tent. The table I sat at comprised of all KCBS Master Judges and were all familiar faces. There was a backyard division to be judged today. This was manned by a mix of KCBS judges and local V.I.P.'s. We take the judging process very serious but smiles were present on everybody's bbq sauce smeared faces. 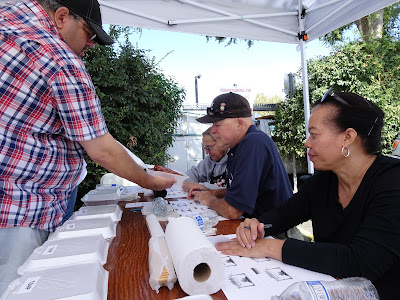 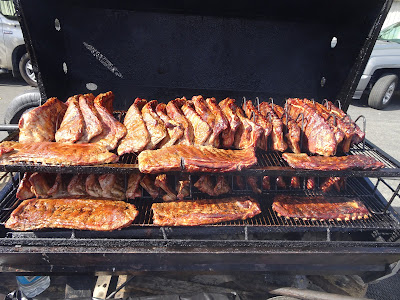 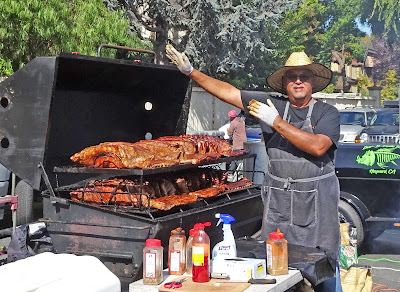 The photo above is a picture of Ralph Reyes. You may have seen this hard working rib master in previous blog posts. He is the perfect image of a bbq competitor and for some reason I always get hungry looking at his photos. 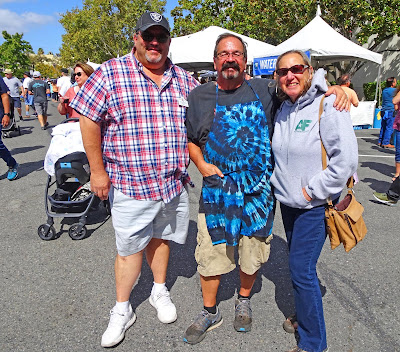 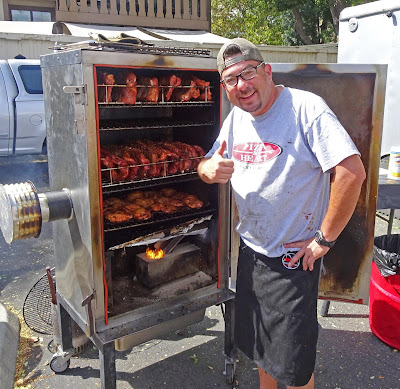 This is Ryan Pang who you may noticed from the Food Network. He has competed on Guy's Grocery Games. The team he was cooking with, Ric's Righteous Ribs,  won the People's Choice Award. I liked this custom Santa Maria Grill pictured below. 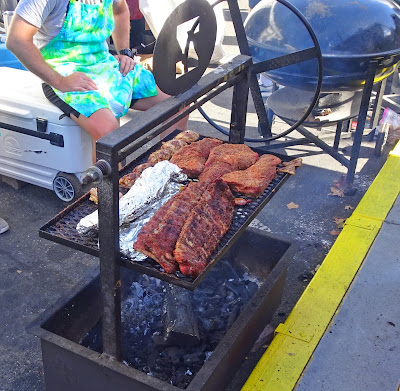 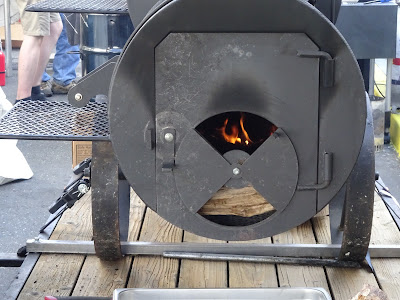 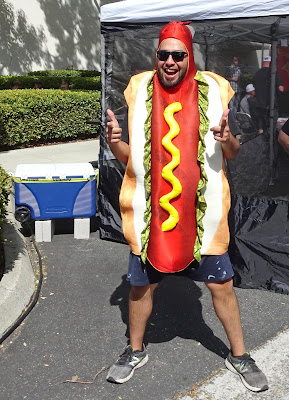 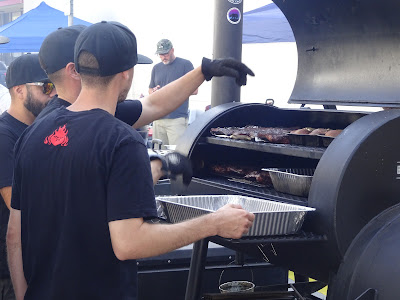 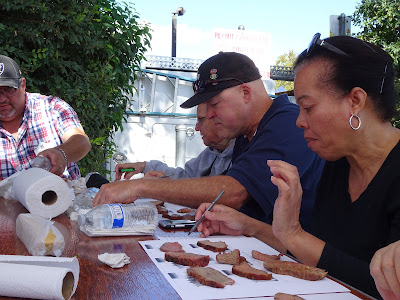 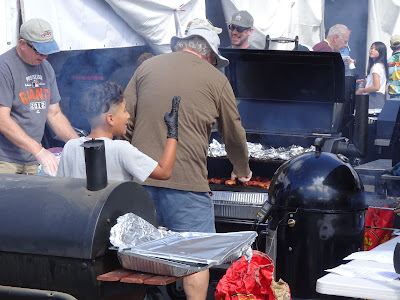 The military personal below helped out with parking and crowd control. Today was a great day for bbq. The BBQ in the Glenn is a wonderful event that we were happy to be a part of. See you next time. 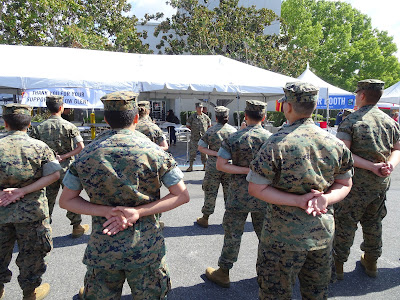 Posted by Chilebrown at 6:30 AM

Sounds like a nice day to judge BBQ. That one guy sure has a cooker full of ribs.

Big Dude, We had a mini heat wave so this drop in temperature was very welcome. Ralph Reyes is a true professional. I saw him cooking in over 100 degree heat at a competition in Gilroy. Wow.