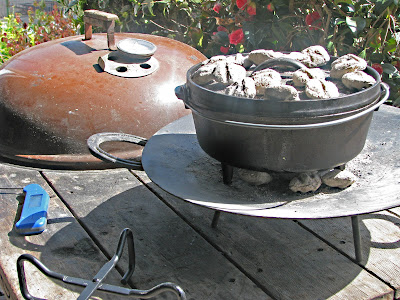 Today we will have a taste test using two different Kingsford charcoal briquettes. We are comparing the Competition versus the Original brand charcoal. Two chickens seasoned only with salt and pepper will be baked in a kettle grill. They will be cooked exactly the same amount of time and with equal amounts of charcoal. Some maple cranberry bacon corn bread will be cooked in a Dutch oven using the Competition brand charcoal. Let’s recap the burn test and start cooking.

The Competition charcoal ignited very fast and spiked with heat. The Original charcoal took longer to light but eventually surpassed the Competition in heat and longevity. How will this play out in a controlled kettle cooker environment? Seventy five Original charcoals were lit in a chimney starter. It took approximately 20 minutes to achieve an ash over the coals. They were spread evenly over the floor of a Weber kettle. The chicken was sitting on a throne of a ‘Weber Poultry Roaster”. {The Weber Poultry Roaster is a must have item. You will never buy a store bought rotisserie chicken ever again after using one of these. It is so easy. Season the chicken; build a fire, one hour later you have one killer roasted bird.}. One hour later the chicken was cooked. The kettle was cooled and we repeated the process with the Competition charcoals. The Competition charcoals were ready to cook in only 13 minutes.

After one hour both chickens were properly cooked. The chicken cooked with the Original charcoal had a nice brown skin. The Competition bird was properly cooked but did not have the crisp brown skin that we crave. A thermometer showed that the Original charcoal held a pretty even heat of 375 degrees for the hour. The Competition spiked at 400 degrees but dropped fairly fast to about 360 degrees.
Original 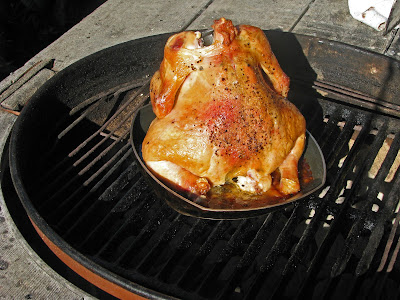 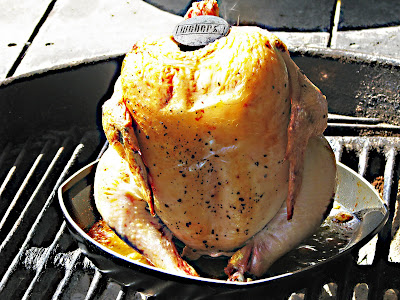 Both the chickens and the cornbread were tasty. The Competition charcoal was an under achiever in my opinion. It lit fast and spiked in heat but did not come through in the home stretch. We would have had to use more Competition charcoal to achieve the same effect as the Original. I do not really see any advantage to using this charcoal. If I was using this in a Dutch oven competition I would have to adjust my fuel usage. One important question that was not addressed was price. I am not sure if this charcoal is priced higher than the original. If I have a choice, I will stick to the old faithful Kingsford Original Charcoal Briquets. 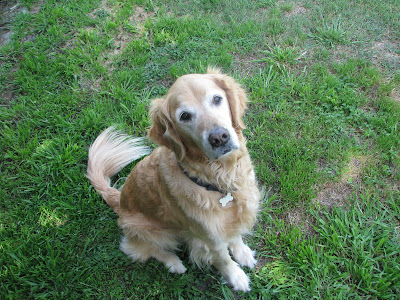 Posted by Chilebrown at 9:31 AM

I don't use a lot of briquettes but I do for the offset smoker and the charcoal grill that I have (another Brinkmann). I've used the competition, the regular, and the Kingsford briquettes with hickory (green bag). I prefer the hickory ones. Like you, I didn't find any noticeable advantage to using the more expensive competition.

Love cooking on the dutch oven.

thanks for this useful info... Like Chris, i do not use many briquettes, but i may be soon... wonderful post

The left over chicken is going on a spring pizza. We are having fun!

Thanks for doing the test. I'll be sticking to my usual Kingsford Original.

I've switched to Royal Oak when I use briquettes.

Some DO competitors told me about it and I like it better.

Excellent Chiliebrown! I think the visual comparison of the two birds says it all. Zia and I weren't pleased with the competition style product either. I've been sticking with a mix of the standard briquettes and lump mesquite charcoal.

The "advantage" isn't in how it cooks, but in that there isn't the myriad of chemicals in the competition briquettes that are found in the original K. Competition briquettes mimic lump coal, which may not burn as consistently, but is better for you and loses the slight chemical aftertaste that can develop after hours of smoking.