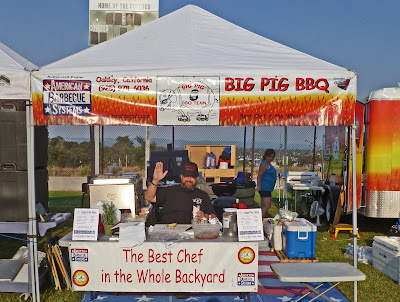 Another beautiful day of smelling, watching, judging and most important of all eating World Class barbeque was had at the “Wine Country Big Q”. This event was held at the beautiful campus of ‘Sonoma Academy’ in Santa Rosa, California. This private school was located on the outskirts of Santa Rosa with scenic rural surroundings. Twenty four teams participated in this contest of smoking and cooking the four required meats. The Public participated by tasting numerous wines from different wineries that were paired with barbequed meat. This hungry crowd also got to taste the bbq competitor’s samples and voted for the ‘Peoples Choice’ award. 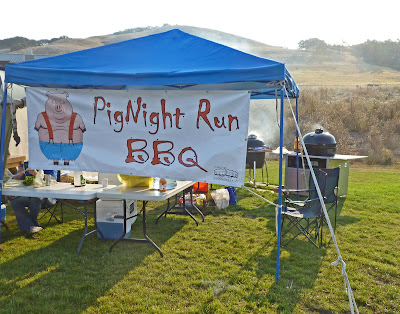 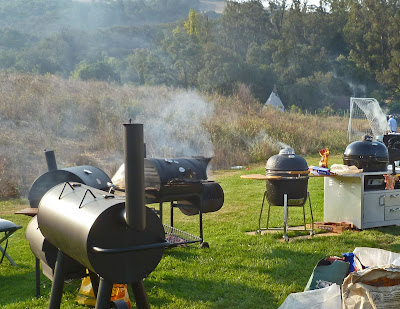 The weather could not have been nicer with sunny skies and the thermometer hovering in the low eighties. Music was flowing just as freely as the wine. We had to hold off on our imbibing because we had a job to do. We judged some of the best barbeque ever. It never stops amazing me how good meat combined with seasoning and a little smoke can be. We were not disappointed today. 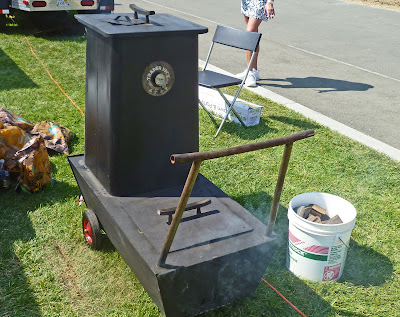 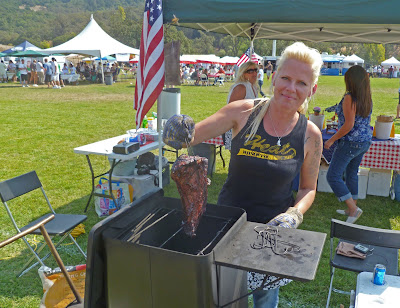 This little smoker caught my attention. A wood fire is built in the adjoining chamber and meats are hung in the chimney area. There is a history of this small and old cooker. It was originally owned by the owner of ‘Trader Vic’s”. It is now being used by ‘Vic’s Chics BBQ”. They were using this cooker to smoke Tri-Tip and it was then paired with a local wine. 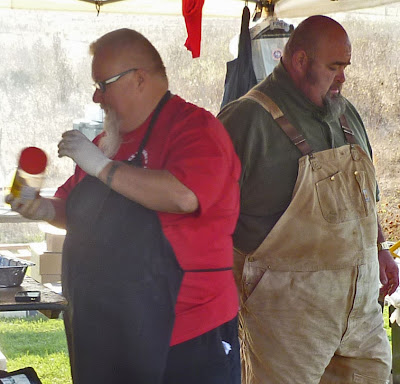 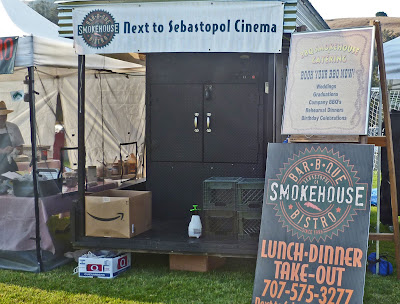 Ray Lampe, aka ‘Dr. BBQ’ was in the house today. Dr. BBQ is a bbq author, TV personality and an award winning competitor. He was competing today with Guy Fieri’s team “Tex Wasabi’s All Stars. We did not spot Guy in the crowd today possibly because he may have been at Tex Wasabi’s which is located a couple of miles away. ( Guy Fieri did show up later.) Dr. BBQ is a larger than life celebrity that was very friendly and personable. Yours truly did not miss this photo op. 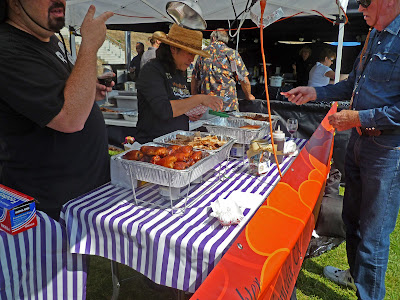 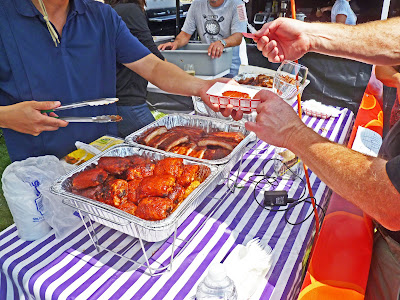 Today’s proceeds benefited an organization called “Worth Our Weight”. This was a fun event for everybody involved. A special thanks to Judy Groverman-Walker and all the volunteers that made this a great event. Congratulations to all the competitors for cooking some great barbeque. A special shout out to the Grand Champion winner ‘Tex Wasabi’s All Stars”.
Posted by Chilebrown at 8:39 AM

Another mad meat weekend.You have all the fun!

Greg, This weekend will be 'Ribstock' in Cameron Park.

Guy didn't show up when that team was on the BBQ Central Show two weeks ago either. I guess he stays very busy with all of his pans in the fire right now.

Alexis and I met Ray at last year's Eggtoberfest and he was very outgoing. We spent a good 15 minutes speaking to him alone that morning while enjoy chicken legs he had cooked.

Love that unique smoker. Also liked those Primo's, I can't imagine hauling Primo's or Eggs around to comps, too much work!