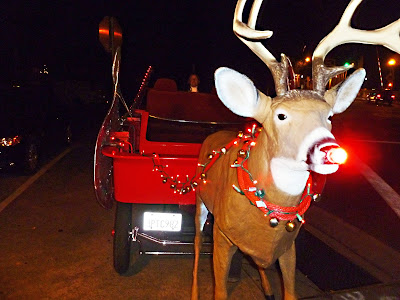 Every year Harry Stewart of ‘Great American Barbeque Co.’ hosts a party for the ‘Marines Toys for Tots”. This event has Marines collect new, unwrapped toys and they distribute them as Christmas gifts to needy children in the community. Harry provides the food and venue for this event to take place. This was our first year to attend and it was a blast. 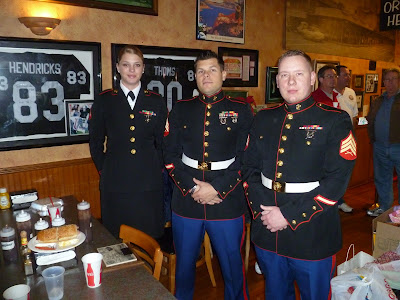 Our first task was to purchase several unwrapped new toys. I bought a nice set of barbeque tools and a fancy grill brush. Ms. Goofy had to remind me these gifts were not for me but for children. She took over the gift buying duties and I kept the barbeque items. 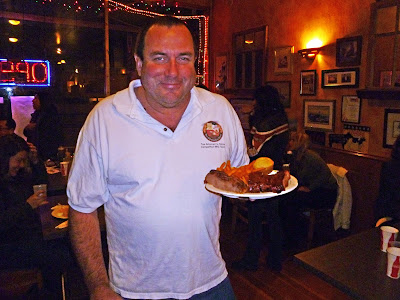 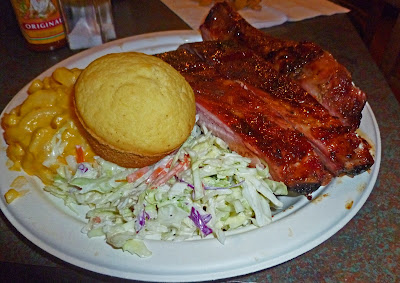 We arrived at ‘Great American Barbeque and the festivities were jumping. A motorized sleigh with Rudolph as navigator was parked outside for a fast get away with the toys. There was a group of uniformed Marines in attendance to gather the gifts. An ‘A’ list of who is who of the Professional Barbeque Circuit was in the house enjoying plates of barbeque. (Scott Hares, Ben Lobestein, Harry Soo, Derrick Galliste, Dave Bart, Bill Bain, Ric Gilbert, Leonard Sanders, Donna Fong and many others). 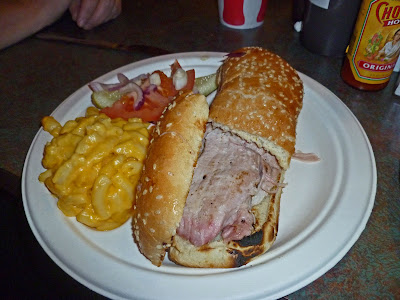 To keep us fueled for the festivities Harry opened up his kitchen and let us order at will. That was a hard decision because Harry is an award winning cook. We have had some stellar Kobe and Black Angus brisket in the past. I had a great plate of ribs and Ms. Goofy had a pork sandwich. The highlight of the evening was a roasted pig. This pig was slowly roasted over an oak fire. It was taken of the rack and immediately carved up. The pork was still steaming and we just ravished it. Belly, loin, ham, and ear were sampled. I made a pig out of myself because it was that yummy. 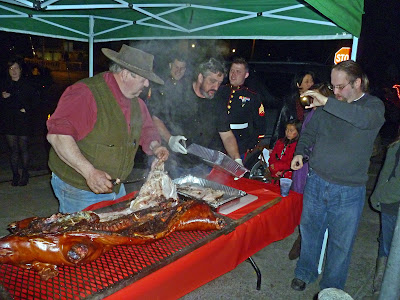 What a great evening. Thanks Harry for sponsoring this event.

Posted by Chilebrown at 7:21 AM

That sounds like a really great event. I hope Harry can write off all his costs.
The pig is astoundishing!

cookiecrumb, Harry does a lot of philanthropic deeds. He is a great barbeque cooker and all around nice guy. You would of loved nibbling on the ear.

Only if you were holding it while I nibbled. The EAR!!!

Nice collaboration between civilian and military worlds - wish the military did more of this kind of thing. Nice event and sounds like the eats were more than good.

Barbecue with a cause nice job. Rudolph looks a little nervous ;)